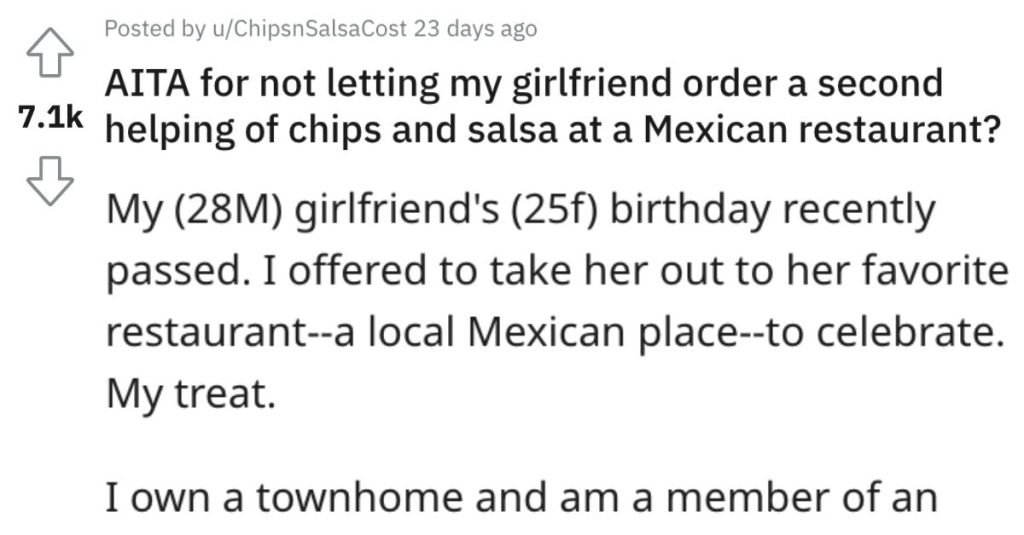 He Wouldn’t Let His GF Order a Second Round of Chips and Salsa. Is He a Jerk?

You hear that at bars sometimes, but at a restaurant…not so much.

But here we are, people!

Check out this story and see if you think this guy acted like an a**hole for not letting his girlfriend get more chips and salsa.

AITA for not letting my girlfriend order a second helping of chips and salsa at a Mexican restaurant?

“My (28M) girlfriend’s (25f) birthday recently passed. I offered to take her out to her favorite restaurant–a local Mexican place–to celebrate. My treat.

I own a townhome and am a member of an HOA. I was just hit with a violation concerning my back deck. I received a letter informing me that I have 60 days to replace 3 boards on my deck and the entire staircase; either that or I have to produce a signed contract with a contractor stating that the work is going to be done. If I don’t I’m going to be subject to penalties. I haven’t had a great year financially and so this is stressing me out.

However, I wanted to treat my girlfriend. So, we arrived at the restaurant. I ordered a Pacifico, she ordered a margarita, and then we both placed our orders for our entrees when our drinks arrived along with an order of chips and salsa.

I had noticed when I read the menu that extra chips and salsa would cost $5 and I didn’t want to pay it. She responded “Seriously? You’re treating me to a dinner at my favorite restaurant for my birthday but you’re going to cheap out on chips and salsa? If I want a second margarita are you going to tell me ‘no’?”

I told her that I had factored in extra money for drinks but that I wasn’t paying extra so that we could gorge ourselves on chips and salsa because it wasn’t worth it.

One person said this guy is an a**hole…no doubt about it. 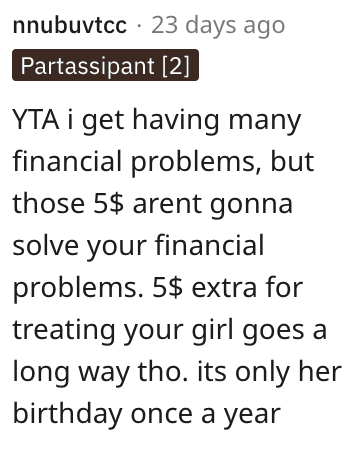 And this individual agreed and said if $5 is gonna make or break him, he probably should’ve done something else for his GF’s birthday. 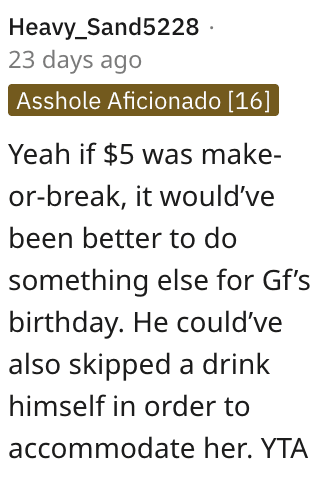 And this Reddit user also said he’s an a**hole. 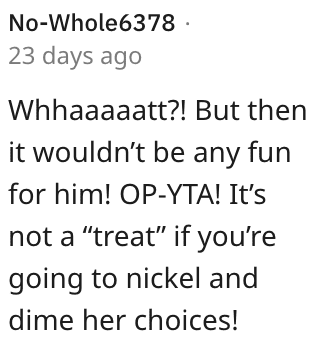