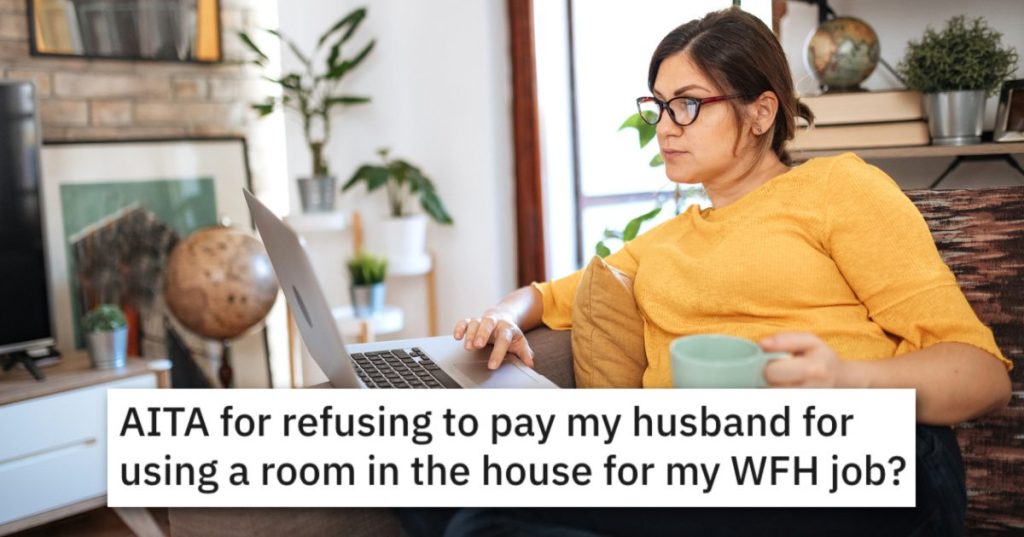 Husband Expects Wife To Pay Office Rent In “His” Home. Is He Wrong?

Marriage is supposed to be a partnership, but if you spent any amount of time reading posts in the subreddit Am I The A$$hole, then you already know that’s sadly often not the case.

This woman lives in a two-bedroom house with her husband. He bought the house before they married and likes to refer to it as “his” property.

OP works from home, and so used the empty second bedroom as her office.

I (F32) began working from home 2 months ago. My husband bought the house we live in before we got together. He calls it his property which’s fine by me. The house is small, has only 2 rooms , one of which used to be empty til I started using it as an office for my wfh job.

…or at least she did until her husband sat her down and demanded 30% of her paycheck in return for her using the space.

All was going fine with my job til he sat me down last night saying he’s expecting 30% “profit” from whatever I get from my job since he “provides” the office for my work.

I was completely caught off guard by this.

She asked if he was serious, because she pays half the bills (there is no mortgage) and also does more than her fair share of the chores.

I asked if he was serious and he went on about it being his home and how he could be using this room for his own purpose since it’s “his property”. I said no and called him unreasonable which led to a blowup.

I yelled at him saying he won’t get a penny and he pitched a fit and accused me of “taking full advantage” even though there’s no mortgage to be paid.

I do all chores in the house as well as share pay the bills in half.

He said he was, she blew up at him, but then started to re-think her indignation once some family members thought he might have a point.

He got his family involved in this and they’re split. His mom thinks I’m being difficult and that 30% is not a huge amout and that this room is providing “stability” for my wfh and so my husband should get some sort of benefits.

AITA for putting my foot down and refusing to pay a penny?

I have a feeling Reddit isn’t going to agree, but let’s see!

The top comment says she she should immediately start acting like nothing more than a tenant – at least until she can get a new place. 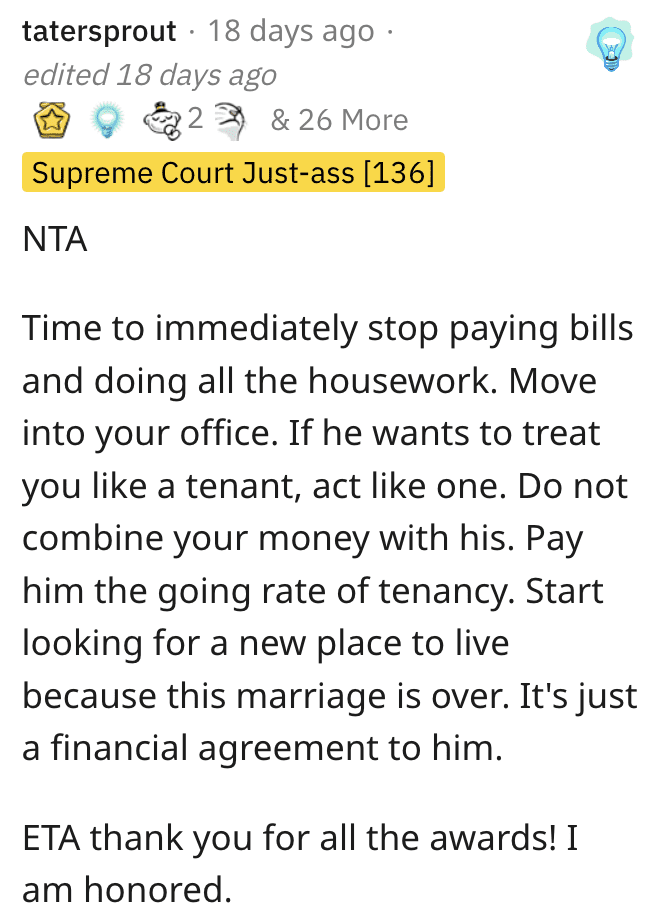 This one piled on, suggesting OP bill her husband for the housework instead. 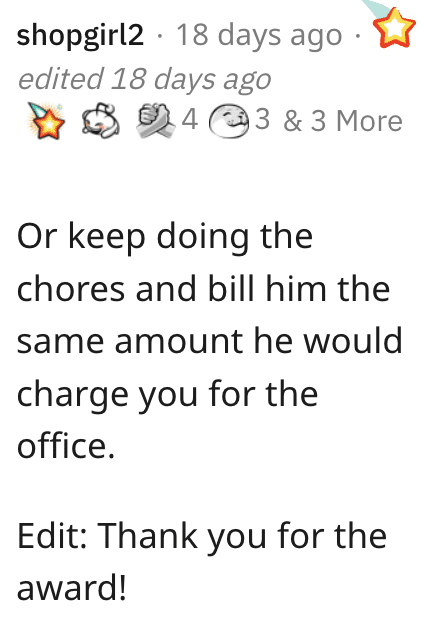 This seems fair, for sure. 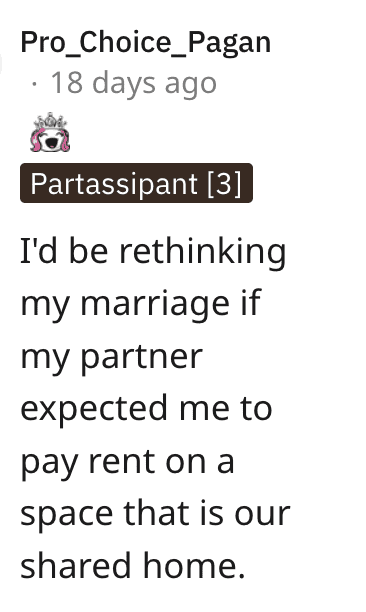 According to this person’s math, OP’s husband is at least at strike 2. 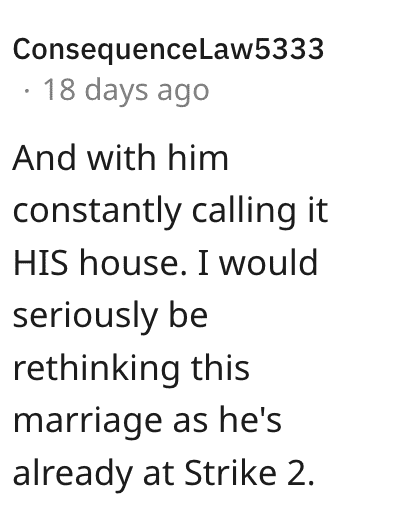 And this person says his bringing his family into these things should be strike number 3. 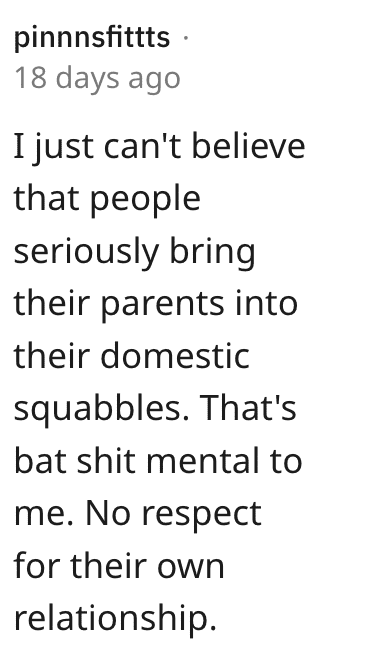 I can’t believe someone would say this in all seriousness to their wife.

How would you have replied? Lay it on us in the comments!