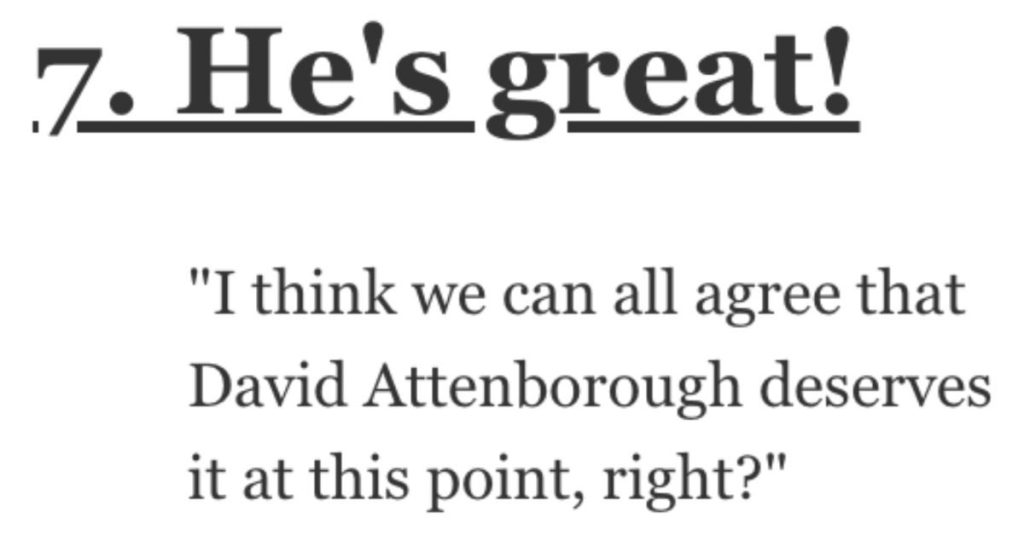 If There Was a Vote for One Person to Receive Immortality, Who Would Win? People Responded.

It’s inevitable: we all pass away and no one can live forever…

But today we’re going to have a little fun and imagine what life would be like if ONE and only ONE person could receive immortality.

Who would you vote for?

Check out what AskReddit users said about this.

So he can watch humanity go extinct and have a miserable eternity.”

But she wouldn’t want it. She’d ask to break it up for everyone could have one day more with their loved ones.”

“I think we should give it to Keith Richards.

I wanna see how much older he can look.”

“I think I’d have to go with LeVar Burton.

Dude does a lot of good as an icon of literacy and a role model for kids, especially black kids.”

“I would go with Johnny Knoxville not because he is the best person (I dont think he is bad though), but could you imagine how funny Jacka** would be if he couldnt d**?”

“I think we can all agree that David Attenborough deserves it at this point, right?”

Most probable? Yes, the Chinese government would probably mandate to vote for him.”

Have him narrate our timeline from start to finish throughout the universe.”

Dude has donated more to charity than anyone (including an annual pledge of $4 billion) and still lives in the same house he bought in 1958.

Obviously he’s good at making money, and he gives back an insane amount. So maybe with enough time, he could really make a huge difference.”

“Queen Elizabeth II, because she was supposed to be immortal already, and her d**th has shattered the timeline.”

“Mr Rogers would have been the ONLY vote worth a d**n.

Or that man who adopts the kids who are close to d**th to give them at least a little family feeling.”

I know she isn’t known worldwide or anything like that, but she’s the only person who’s kept me going.

Without her, I’m not sure I’d be alive.”

Who would you vote for?