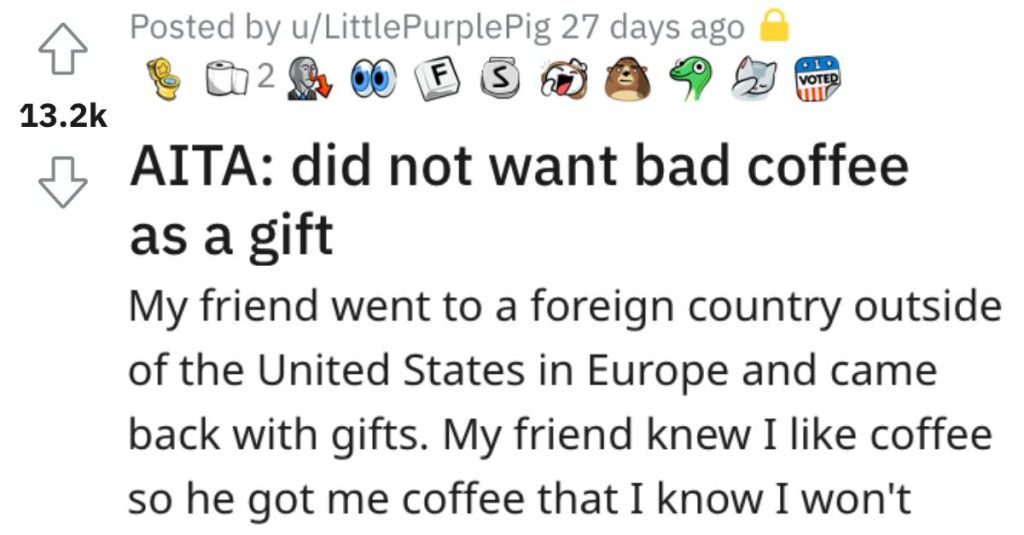 I guess this guy is pretty passionate about his coffee, huh?

But did he act like a jerk when he refused a gift of coffee from his friend?

Hmmm…check out his story and let us know what you think in the comments.

AITA? I did not want bad coffee as a gift.

“My friend went to a foreign country outside of the United States in Europe and came back with gifts.

My friend knew I like coffee so he got me coffee that I know I won’t drink. It’s a dark roast and there’s no roast by date, which means it’s not fresh.

I gently put it back in the bag and politely told them why I don’t drink that kind of coffee.

Him and his friends said I was being ungrateful and rude and that I shouldn’t have thrown the coffee in the bag, which I didn’t.” 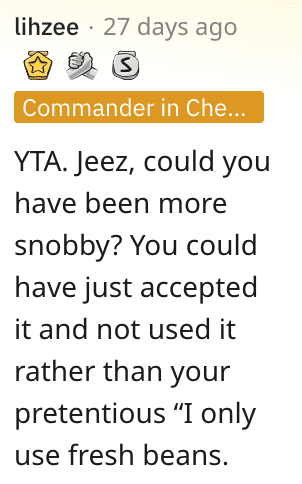 Another Reddit user made it clear: he’s an a**hole and not a very good friend. 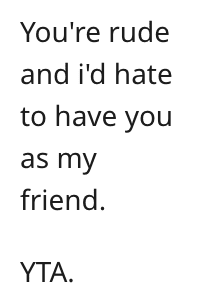