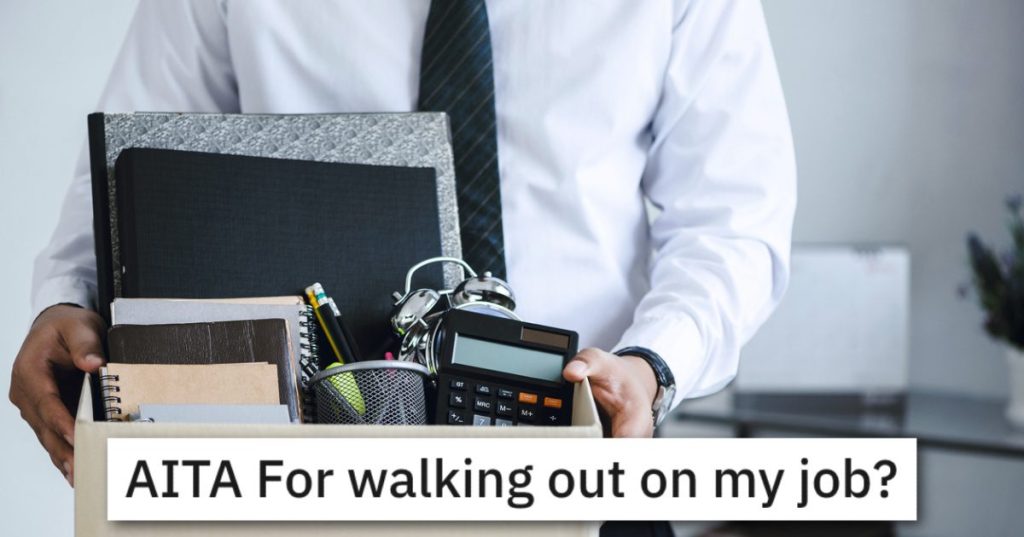 Is It Ever OK To Quit Your Job Without Notice?

A majority of people feel a sense of responsibility to their employer – or at least, they want to feel as if they have done all they can do at their job.

When we need to quit and move on for whatever reason, most of us also try to give our employers proper notice so that they can hire and train a replacement.

OP gave his employer a 3-week notice after learning his partner was pregnant and making the decision to move in order to be closer to family.

I recently found out that my partner is pregnant. We have decided that we will be moving to be closer to our families.

Monday I sent out a resignation letter to my 2 bosses stating a 3 week notice.

His employer responded by questioning the legitimacy of the pregnancy, suggesting OP’s partner could still miscarry, and generally trying to guilt them into staying longer.

One of them preceded to ask me if the pregnancy was real or if I was making it up as an excuse to leave. Then preceded to tell me that we would likely miscarry. Told me I was screwing them over and that I had no reason to leave so soon.

I processed that for a day, and thought it was disrespectful and unprofessional. So I called boss #2 and they backed #1. They felt I needed to verify the pregnancy and that I was being unresponsive (With a 3 week notice)

OP decided he’d had just about enough of that – he completed his pending work, cleaned his store, left the keys, and said he would not be back.

Just now I sent off an email stating that I would not be returning to the office tomorrow.

For context, I am managing 1 of 3 locations with no other support employees at my shop. The shop will effectively close until they can hire a new employee.

I finished every existing customer project today before cleaning the entire shop and leaving my key in the lock box.

Because he currently has no employees, his bosses will have to cover the store themselves and complained about how hard he made things for them – so OP is wondering if he was right to do what he did.

Apparently I have ruined a road trip and a vacation to Hawaii due to my “selfishness”.

The top comment is a general reminder everyone needs to hear. 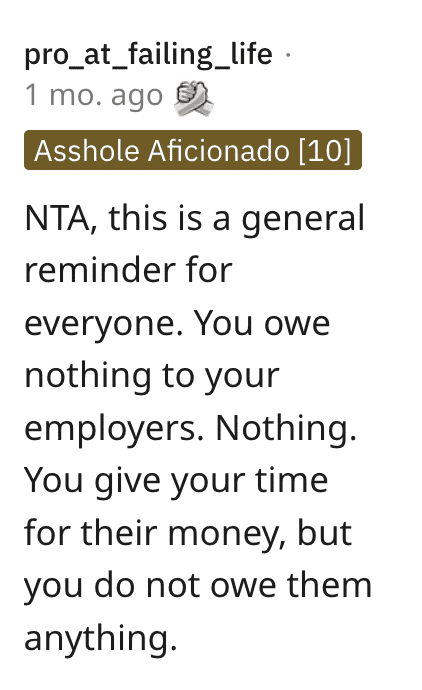 And this person says them questioning the pregnancy is just beyond the pale. 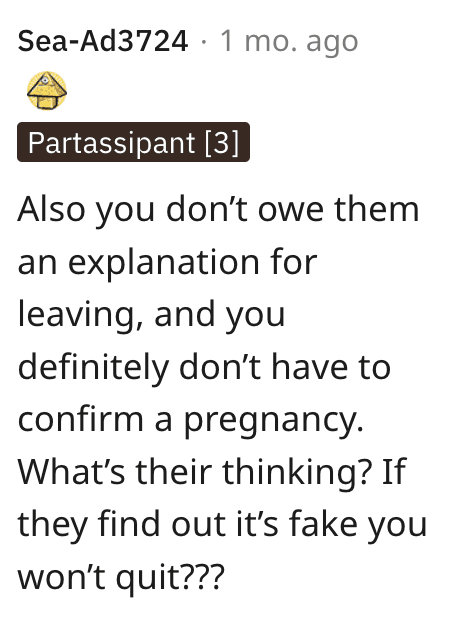 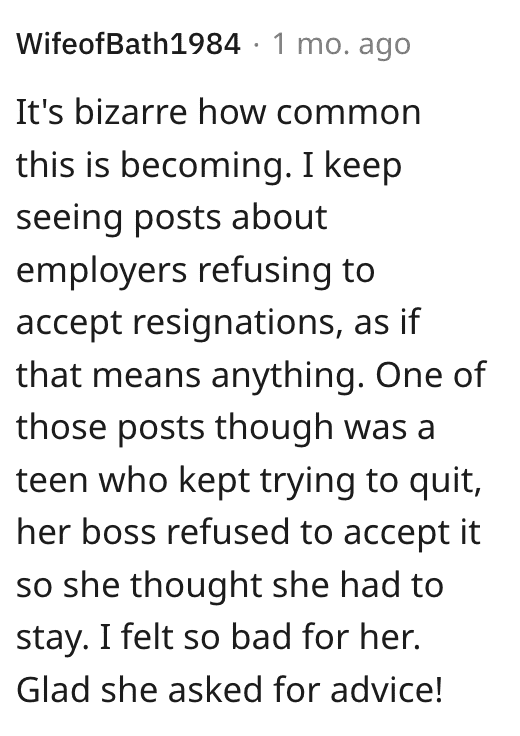 You can actually quit for no reason at all! 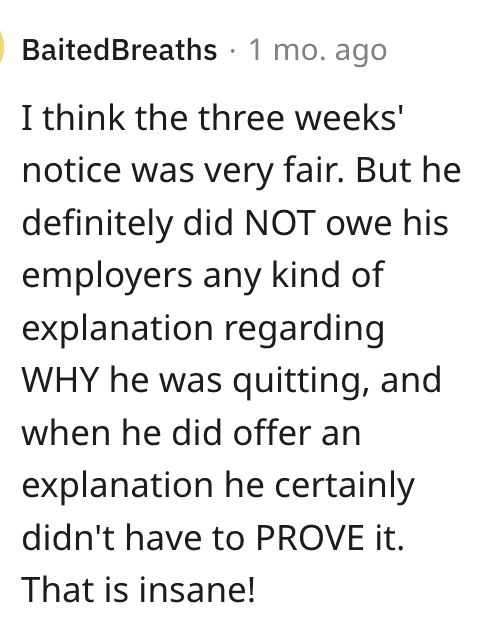 People should give notice before firing…but they often don’t. 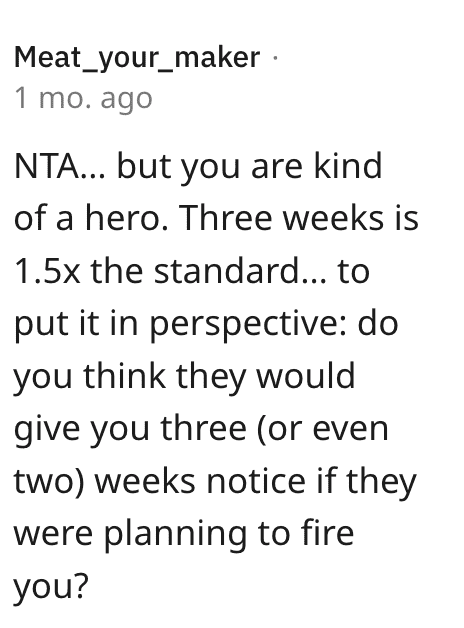 I think something needs to change between employers and employees, don’t you?

What is it? Where would you start if you were in charge? Let’s pretend we’ve got some kind of control over it all in the comments!