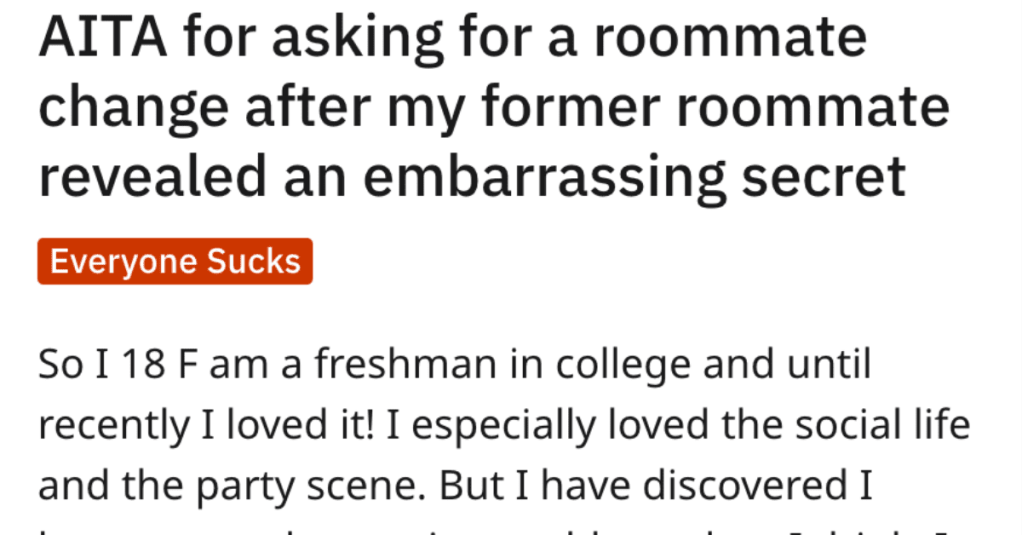 Is This Girl Being Dramatic In Asking For A Change In Roommate After Hers Revealed A Secret?

College is a fun and exciting time in a young person’s life, and part of that excitement is often making new friends. If you’re someone who didn’t meet your roommate until move-in day, then you know that person can go one of two ways – you can end up being best friends for life or you can part ways after a semester or a year and never cross paths again.

This girl got on fine with her roommate, was making friends, and enjoying the party scene at college…except for one issue. When she drinks too much, she wets the bed.

Every time, and she swears it’s not because she blacks out, it’s just a problem she didn’t know she had until she started “partying” for the first time.

So I 18 F am a freshman in college and until recently I loved it! I especially loved the social life and the party scene.

But I have discovered I have one embarrassing problem when I drink, I wet the bed. It’s really humiliating for me and makes me super self conscious.

It’s not as though I black out , it’s something about alcohol that ruins my bladder control as I sleep.

This has happened about 5 times since I got to school.

Her roommate caught her trying to “hide the evidence” so OP confessed, begging her new friend not to tell anyone about the issue.

OP found out the hard way a week or so later that her roommate had not kept her secret when basically her entire friend group teased her about wetting the bed.

The third time it happened my roommate discovered me trying to hide the evidence.

I begged her not to tell anyone and thought she was sympathetic.

But last week I was eating dinner with friends and we were discussing Halloween plans and one boy made a joke about my bed wetting.

I’ve never been more embarrassed in my life.

The embarrassment was too much for OP, who went home for the weekend to hide and lick her wounds.

I sobbed for hours knowing that my whole friend group knows about my problem.

I knew my roommate told them because she is literally the only one who knew.

I was so angry and embarrassed I left school and my Halloween weekend was spent food shopping with my mom.

While home, OP decided to put in for a change of roommates. Her roommate thinks she’s being dramatic but OP doesn’t see how she can be friends with someone who could betray her like that.

While I was home I put in a request for a roommate change because I was so mad at my roommate.

She has texted me like 100 times telling me I’m being dramatic.

I think I’m right to never want to talk to her again she humiliated me in front of my friends including the boy she knows I have a crush on.

AITA for asking for a change in roommates?

The top comment – and many people agreed – is that everyone sucks because even if the roommate was wrong to tell, living with someone who is peeing the bed in a shared space is also not ideal. 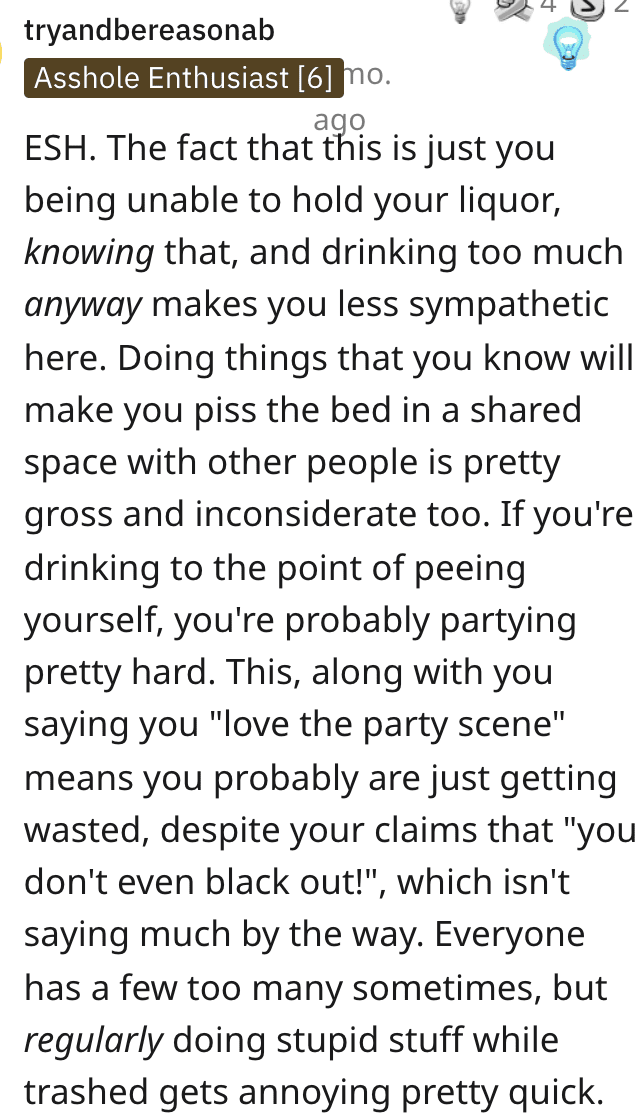 Even though OP doesn’t act like the bedwetting is a big deal, the internet disagrees. 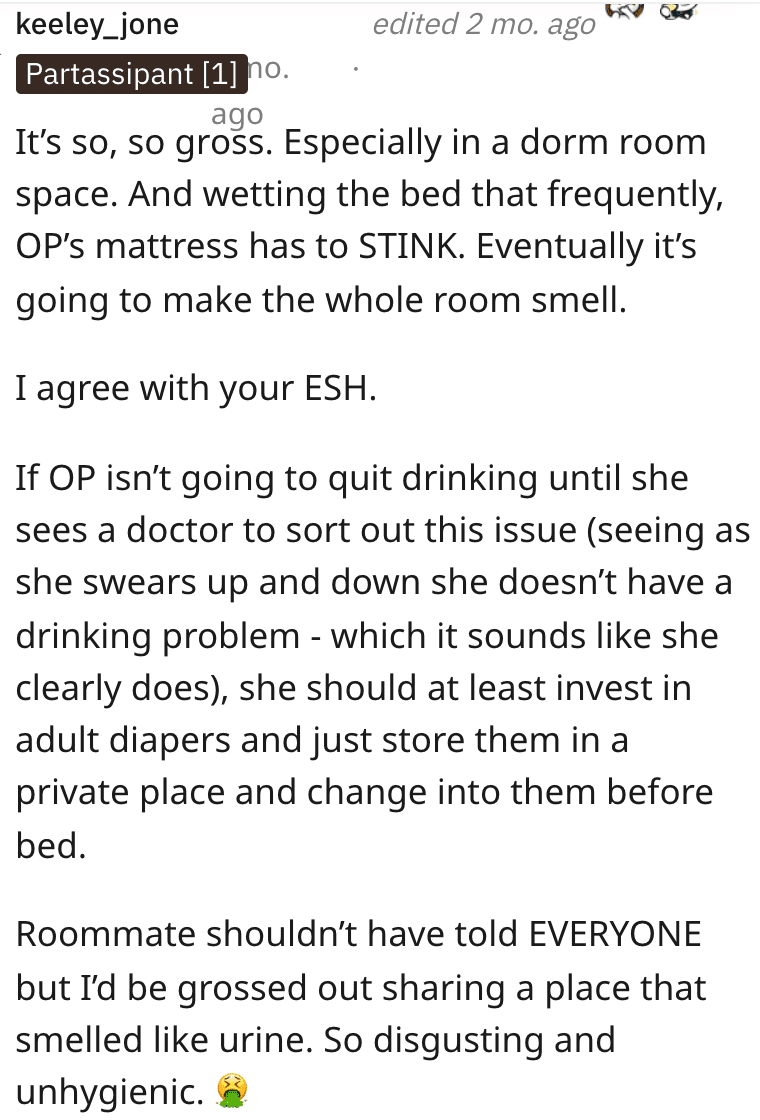 There’s also a consensus that OP has a bit of a drinking problem that perhaps she’d better get a handle on now. 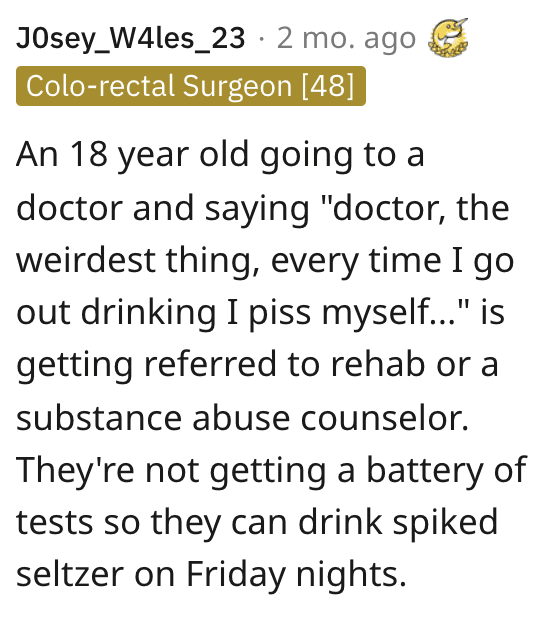 We’re all concerned about OP, even if the people are voting that she sucks. 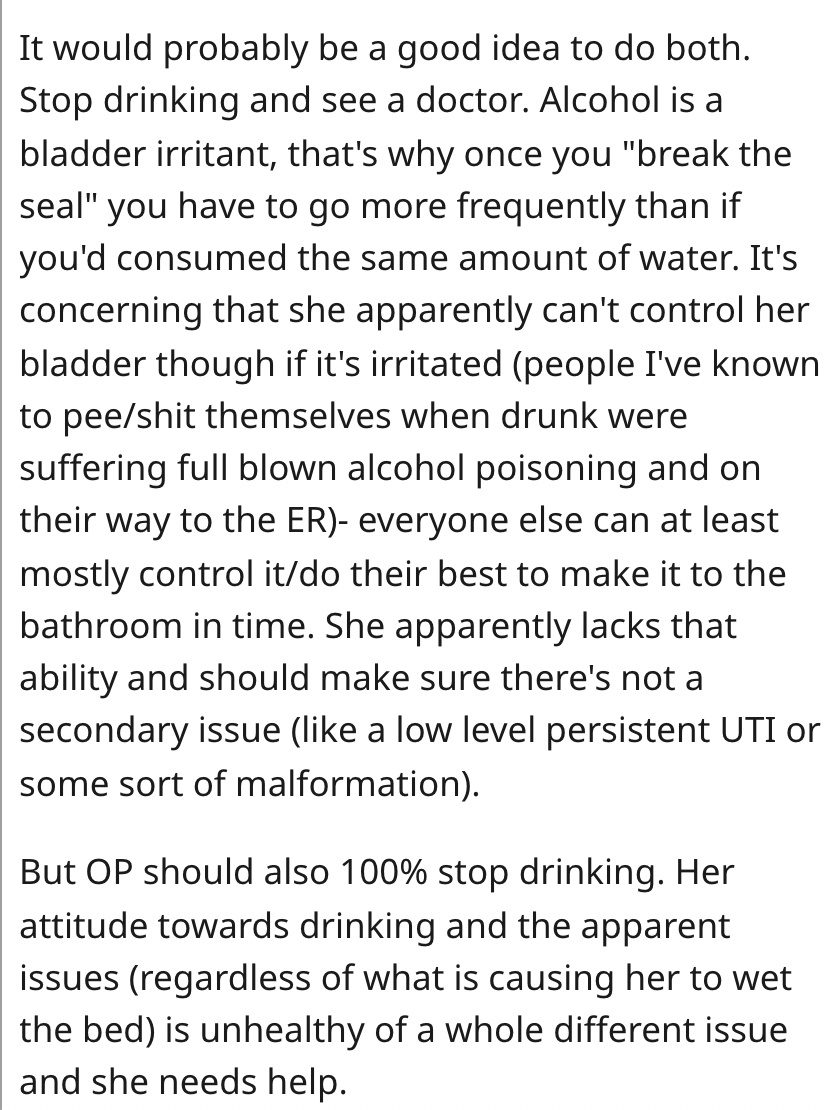 She should probably mitigate the issue, first, but also consider whether drinking is worth the trouble. 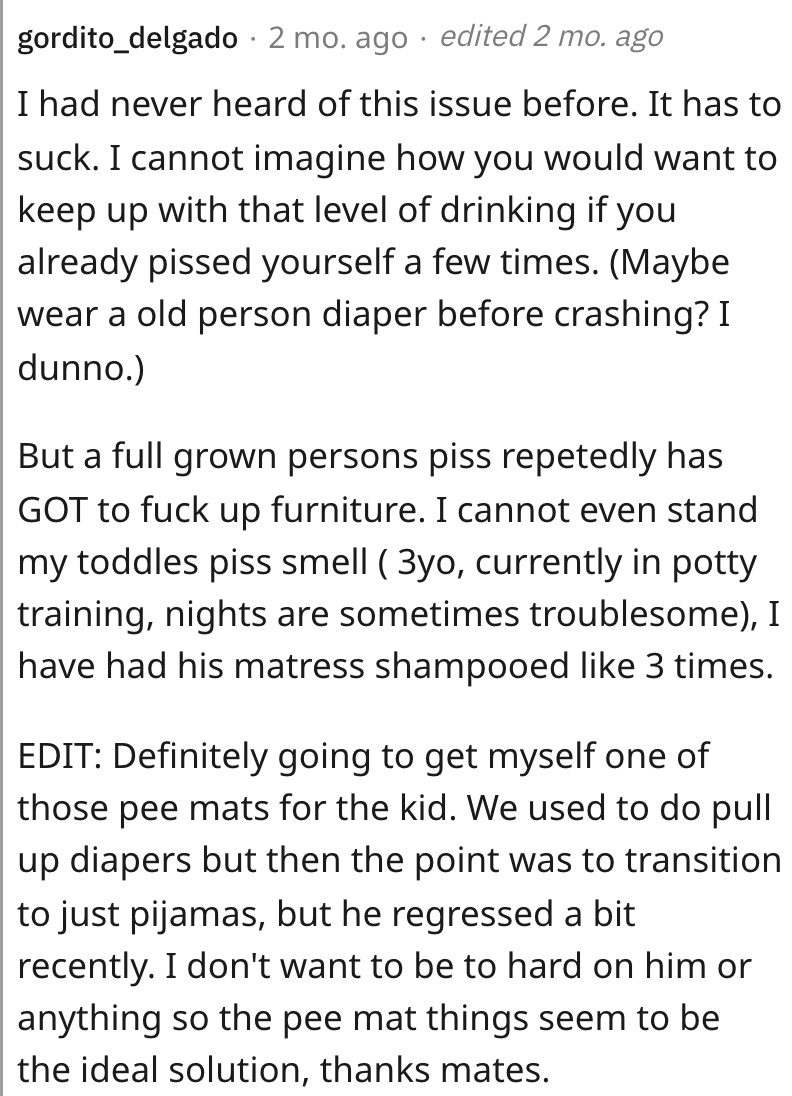 What do you think? Does everyone suck? Are they letting the roommate off too easy?

Let’s keep chatting about it down in the comments!