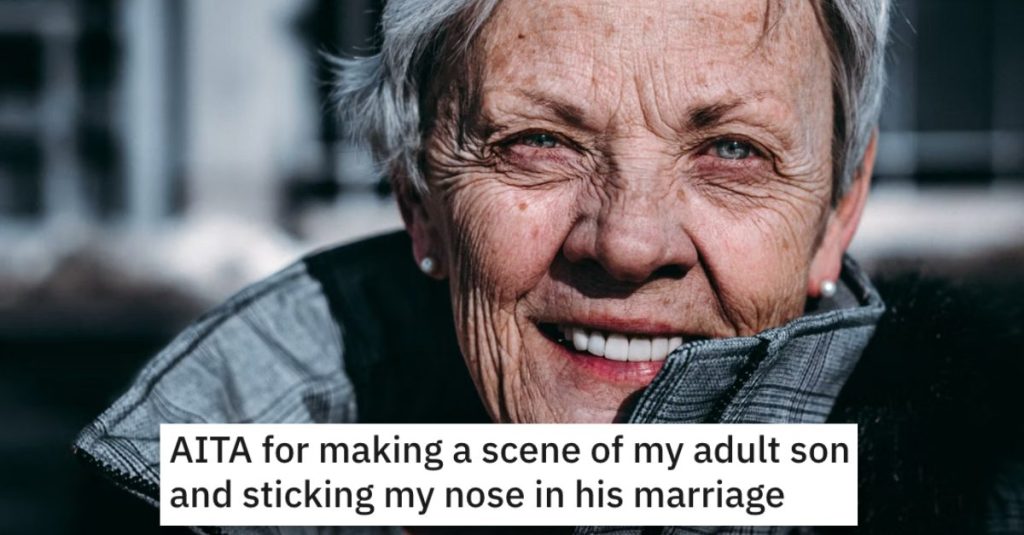 Is This Person Wrong for Sticking Their Nose in Their Son’s Business? People Responded.

Keep ya nose out of my business!

Have you ever had to say that to someone?

Certain folks just can’t help themselves, can they?

And this person turned to the find readers on Reddit to see if they stepped over the line by sticking their nose into their son’s business.

Let’s have a look…

AITA for making a scene of my adult son and sticking my nose in his marriage?

He convinced her to be a stay at home mom and sell her business by telling her how good of a childhood he had and how happy my marriage was without telling her (which I today found out) that our arrangement was everything everything before 9am and After 5pm was split 50/50, Sunday was my day off and I was brought out twice a week.

On to the story- on my last visit I noticed my daughter in law was struggling mentally so I,my sister(55f) and her girlfriend (53) pulled our money together and paid for a spa weekend for them while we’d babysit the kids for her birthday last weekend.

I was preparing on Thursday evening for the kids to arrive when my dil rang me holding back tears saying they’d won’t be going because my sons friend came to town and he said he wanted to spend the weekend with his friends catching up.

I pressed her a little and I’m talking a little about her situation , she came clean about him doing no chores,no date nights and her basically doing all of the child care because “that’s what stay at home moms do” I was honestly disgusted. I convinced her to drop me off the kids and bring a friend to the spa I even dipped into my savings to give her €500 to buy herself something nice.

When she dropped me off the kids I begged her to tell me were son was after 5 minutes she told me the bar. She left for the spa while I left for the bar (she knew I was going there and knew my sister/my sister in law were taking care of the kids)

Here’s were I might be the a**hole I when to the bar were he and his friends were, I sat down next to the Group and asked my son “did i fail you as a mother or was it your father because we both thought your partner comes before your silly d**nk friends” the post is getting long enough but long story short I humiliated him and got myself banned from a bar

My dil said she will taking the kids to her parents when she gets back tomorrow and my son is calling me an a**hole for humiliating him/ sticking my nose in his marriage.

Maybe I should have stayed out, I don’t know.”

This reader said that this woman is NTA and her son deserved it. 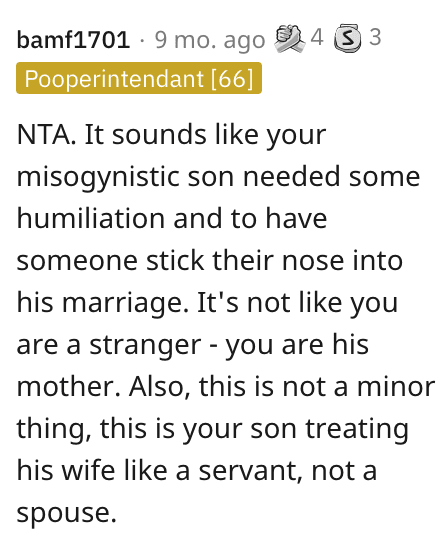 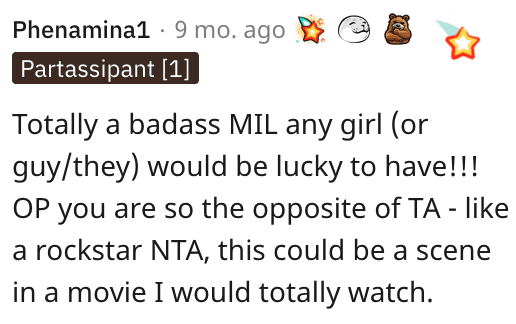 This individual agreed she was NTA and that her son needed a kick in the pants. 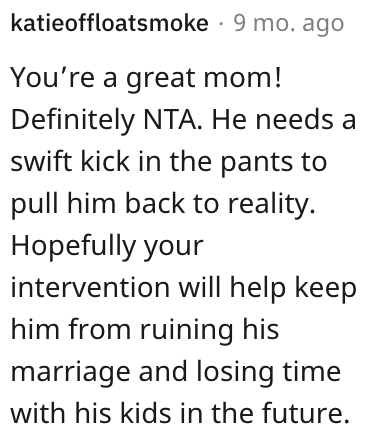