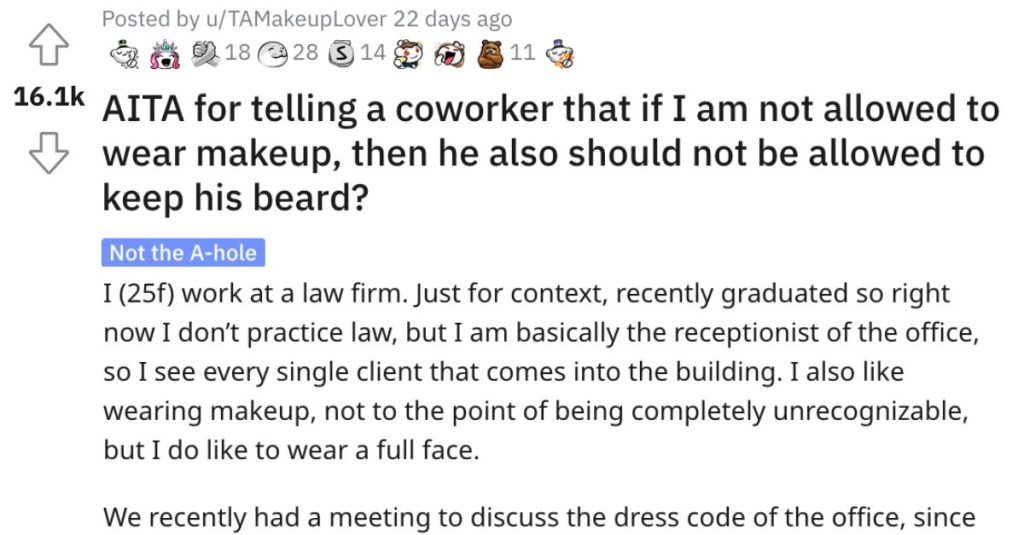 Is This Woman Wrong for Tell Her Co-Worker He Should Shave His Beard if She Can’t Wear Makeup? People Responded.

I don’t understand why anyone would get mad at another person wearing makeup, but I guess some folks just have to find something to complain about…

And a woman took to Reddit’s “Am I The A**hole?” page to ask if she was a jerk for how she reacted when a coworker told her she shouldn’t be allowed to wear makeup.

AITA for telling a coworker that if I am not allowed to wear makeup, then he also should not be allowed to keep his beard?

“English is not my first language so excuse any mistake. TA account.

I (25f) work at a law firm. Just for context, recently graduated so right now I don’t practice law, but I am basically the receptionist of the office, so I see every single client that comes into the building. I also like wearing makeup, not to the point of being completely unrecognizable, but I do like to wear a full face.

We recently had a meeting to discuss the dress code of the office, since some of my coworkers are having issues adapting to the in-person modality. At the end, my boss asked if someone had any other concern.

My coworker (45m), let´s call him Mario, said something along the lines of “I think makeup should be banned, people like TAMakeupLover look like a whole different person without it and that misleads the client”.

Of course, I was shocked when he said that, and I could see that a lot of my coworkers were too, since the comment was so unwarranted. I told him “Well, If I am not allowed to wear makeup, then you shouldn’t be allowed to keep your beard, given that you go from a grown man to a 12-year-old when you shave”. He turned really red, and tried to say something, but my boss did not let him.

I thought that was the end of the situation, but I found out that some of the other employees are making fun of him using the comment I made. I now feel really bad for what I said. I told my family and most of them agreed that what I say was more hurtful that what he said, but, he shouldn’t have named me and tried to make an example out of me.

This reader said that this guy will now be known as the office misogynist. 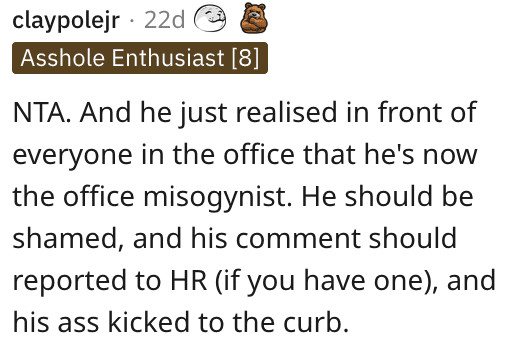 Another person said this woman isn’t a jerk but she could have done without the personal attack to get her point across. 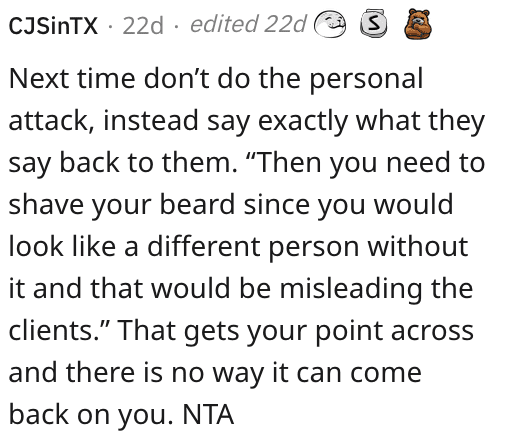 This individual commended the woman for standing up for herself. 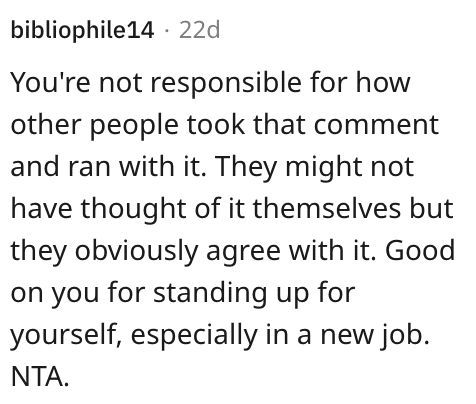 And finally, this Reddit user said that this guy needs to mind his own business. 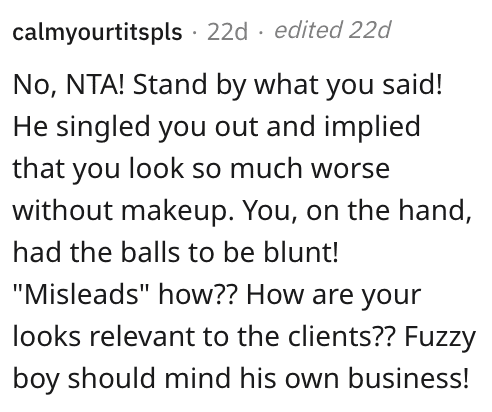 Do you think this woman behaved badly?