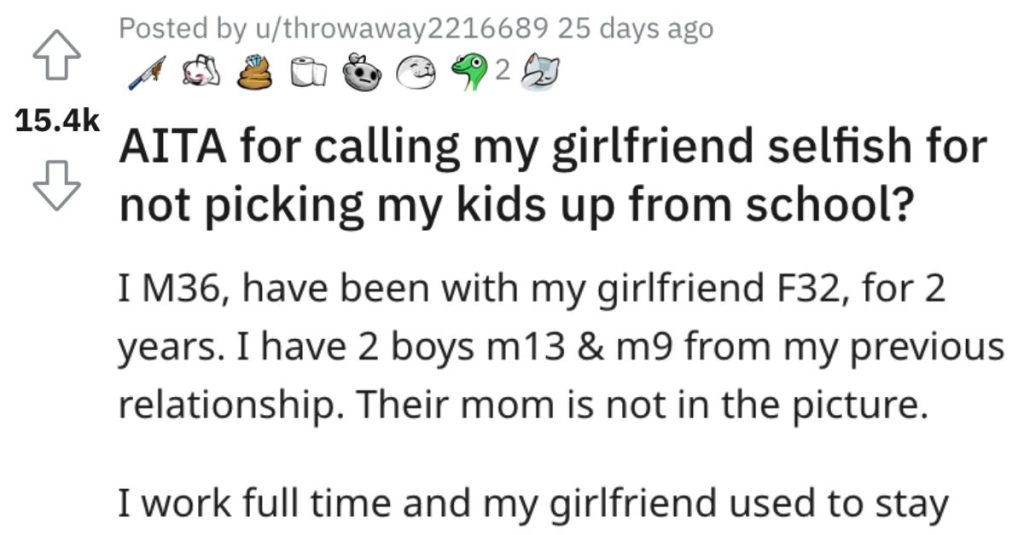 Whenever you call someone selfish, there are going to be some problems.

And that’s exactly what we’re dealing with here in this story from Reddit’s “Am I the A**hole?” page.

But did this guy go too far?

Check out his story below and share your thoughts with us in the comments.

AITA for calling my girlfriend selfish for not picking my kids up from school?

I work full time and my girlfriend used to stay home and take care of everything else (I still help out here and there) yet she would complain about the kids causing constant messes, not receiving proper discipline, accidents like breaking a vase and the list goes on.

She complained that she is more of a parent than I am which is not true since I provide an income. yet she decided she wanted to go back to work and started looking.

She found a potential job and her interview was yesterday. I called her to remind her to pick the kids up from school since she’s responsible for it but she said she was about to start her interview and told me to go get them. I was stunned, I told her I couldn’t because I was at work.

She said I could take a break but I refused because this would’ve affected my job. I asked if she’d take 10 minutes to quickly go pick them up but she refused. We ended up getting into an argument and me telling her she should’ve figured something out beforehand.

She blew up saying that I’m the parent and that she was tired of being at my beck and call all the time. The kids ended up being picked up by my friend 40 minutes later which made them upset.

At home, I got into a huge argument with my girlfriend calling her selfish for doing this to the kids and ditching them like that. She said that she had an important interview and that I, as the parent could’ve figured something out instead of expecting her to drop what she was doing and pick the kids up.

She called me an a**hole then went to stay with her mom.”

This person said this guy is definitely an a**hole. 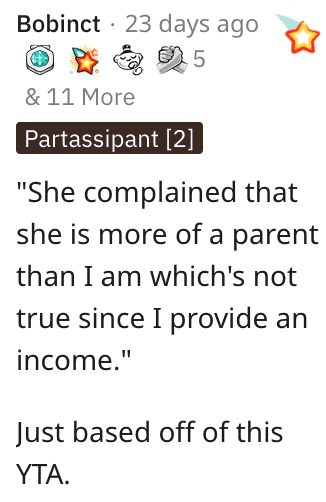 Another individual agreed and said it sounds like his GF is a nanny with benefits. 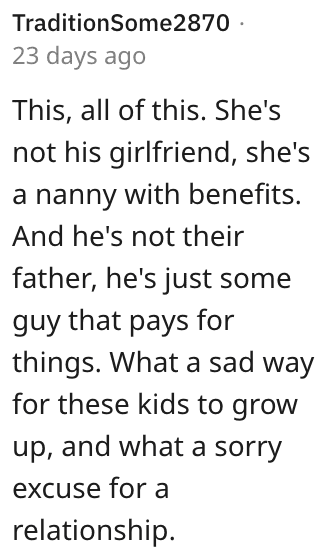