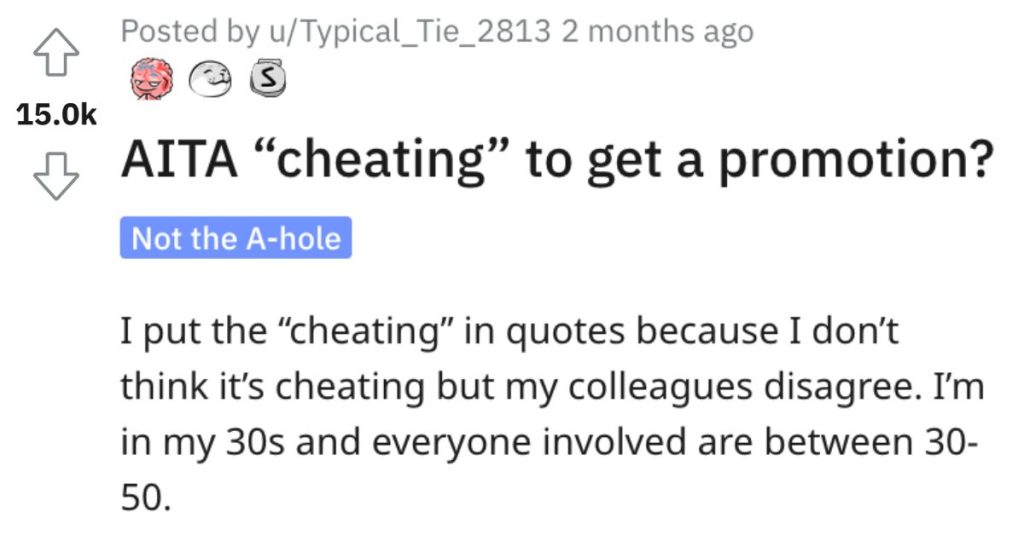 They’re Accused of Cheating to Get a Promotion. Did They Act Like a Jerk?

There tend to be hurt feelings when one person gets a promotion over someone else…it’s just the way it goes.

But to be accused of cheating by a co-worker is a different story entirely.

So did this person act like an a**hole for how they ended up getting promoted?

AITA for “cheating” to get a promotion?

“I put the “cheating” in quotes because I don’t think it’s cheating but my colleagues disagree. I’m in my 30s and everyone involved are between 30-50.

About 6 months ago, our unit VP announced his retirement by the end of the year so the company went into search mode. We recently found out our manager will be promoted into the VP position so now his position needs to be filled. Which brings us to my current situation.

I’m single with no kids so I have no other responsibilities except to myself. I really want this position because it’s a visible position and a great stepping stone to my career (as seen by my manager’s promotion) and it’ll almost double my pay. Once we found out about our manager’s promotion, I started to take on extra projects and taking work home.

I leave work at my normal hours then work from home until 9 or 10 pm, even on the weekends. All of those extra hours have allowed me to take on harder projects that other people turned down and complete more than anyone else. My manager and the VP have noticed and complimented me on my hustle.

My colleagues also noticed my increased production. Last week a work friend asked me how I’m able to do all of those projects in 8 hrs and I told her about my nights and weekends.

Word got around and this week during our weekly conference call, my colleagues told me to cut it out. They accused me of cheating because I’m putting in the amount of hours they can’t so I’m skewing the production numbers.

I refused and don’t think it’s cheating at all and argued they can put in the same amount of hours. Some said they can’t because of family time and others refuse to work hours they won’t get paid for (we’re all on salary). We spent most of the meeting arguing about it.

Am I cheating? AITA?”

One reader said they aren’t cheating but this might backfire on them. 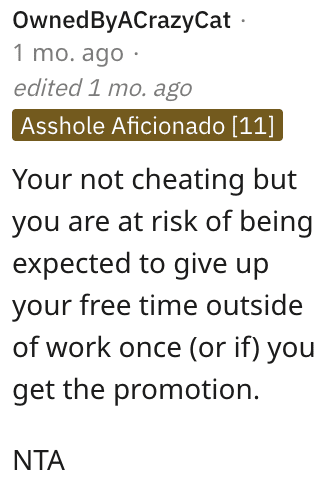 Another Reddit user said this is what this person might be in for if they get the promotion.

And this individual said they are NTA but they hope this doesn’t cause them to be stuck. 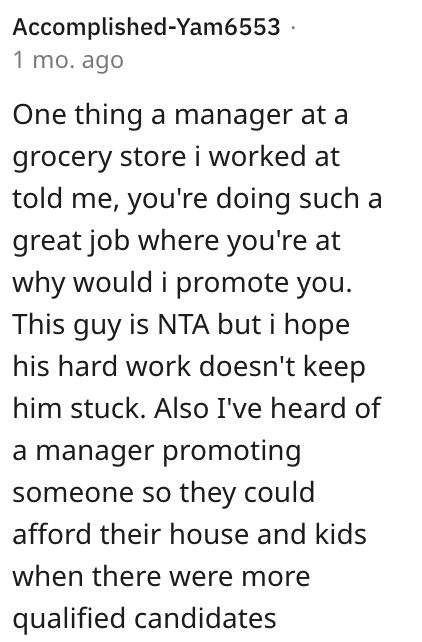