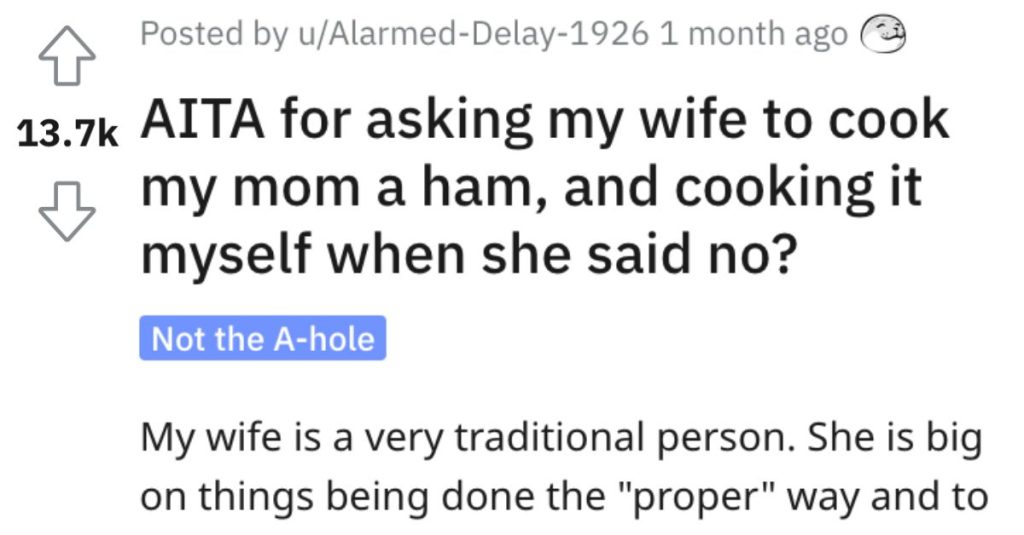 You can say that again!

Not only that, but this story just sounds kind of WEIRD.

AITA for asking my wife to cook my mom a ham, and cooking it myself when she said no?

“My wife is a very traditional person. She is big on things being done the “proper” way and to be honest can be kind of rigid. My mom doesn’t care about proper, but is just a spoiled brat who wants what she wants. Needless to say they get on like oil and water.

Growing up we always had a ham with thanksgiving dinner because that is what my mom wanted. She would cook a turkey, but she only ate the ham. My mom no longer hosts Thanksgiving now that I am older and have my own family. She was never that into it to begin with, so would rather just go to a friends house. she won’t come to our house because her and my MIL can’t be in the same room, and we don’t have ham.

Well this year the stars aligned. MIL will be out of state. My moms friend isn’t hosting due to a family medical emergency, so I asked my wife if I could invite my mom. She said sure, but no ham. I called my mom and she said she was only coming if she could have a ham.

She even offered to cook it and bring it herself. I said I had to check with my wife and she freaked out and said my mom can’t cook anything. I asked my wife to cook the ham, and she yelled at me.

At this point I was sick of the bulls**t. I told my mom to come and promised there would be a ham. I went out and bought it myself and told my wife I would be cooking it. My wife is not ok with me cooking during holidays because it is “her job” so she got emotional. I told her I was doing it and it wasn’t up for discussion.

She called me a mama’s boy and called my mom stupid (because ham is only for Christmas and Easter) She even brought my daughter into the fight and they were joking about things they could do to the ham. Now I’m standing guard, my mom will be here in a few hours, and my wife is obviously pi**ed.”

Now let’s see what Reddit users had to say. 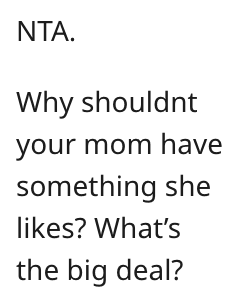 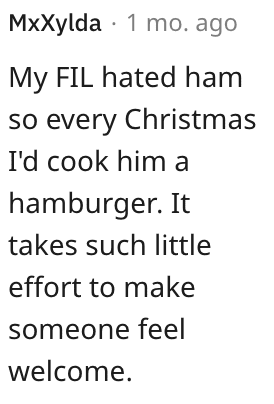 And this individual said that this guy’s wife is making a problem out of nothing. 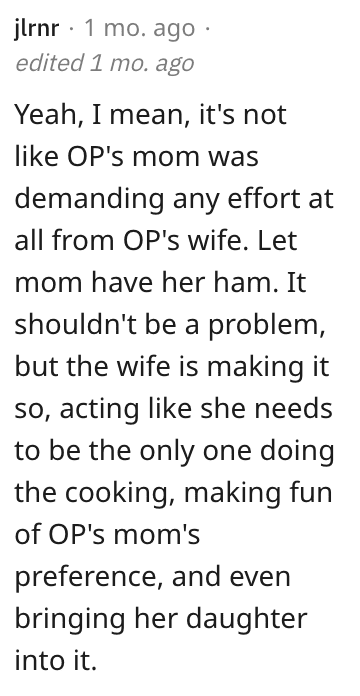