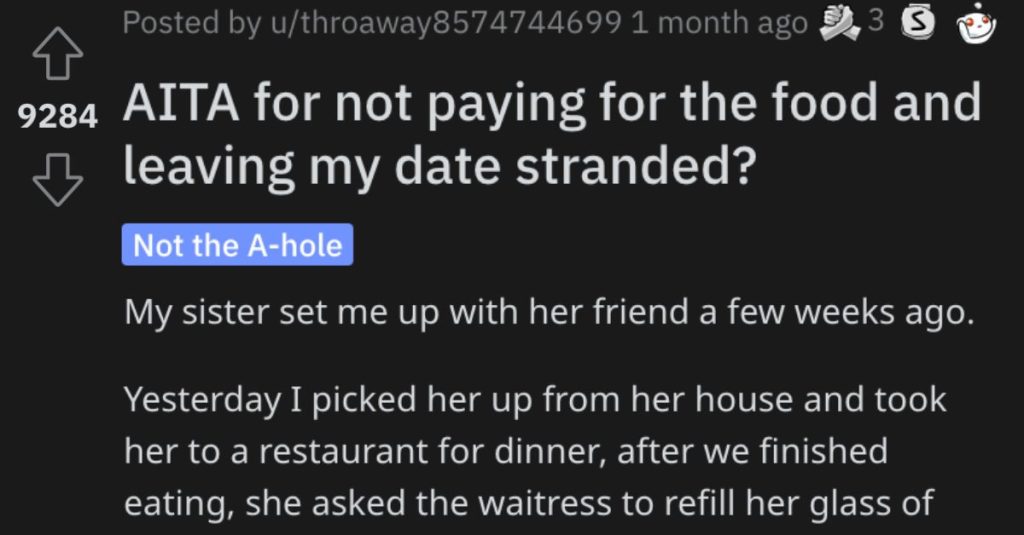 Have you ever walked out on a date?

You know things must have been pretty darn bad when someone does this.

But this guy did it alright!

Check out this story and see if you think this guy acted like an a**hole for what he did to his date.

AITA for not paying for the food and leaving my date stranded?

“My sister set me up with her friend a few weeks ago.

Yesterday I picked her up from her house and took her to a restaurant for dinner, after we finished eating, she asked the waitress to refill her glass of water.

The place was packed and the waitress passed by our table multiple times. Instead of a friendly reminder, she told her if she’s mentally declining she should be in a retirement home instead of leaving people thirsty. The poor woman looked like she was about to cry, she started apologizing to my date and went to get the water.

I was shocked, embarrassed and angry at the same time. I told her why the f**k would she even think about that sentence let alone say it out loud. I excused myself and went to apologize to the waitress. I paid for the food I ordered, tipped her a big time and left.

This morning my sister called me angrily saying how much of an a**hole for what I did to her friend. Apparently after I left the manager threatened to call the cops if she didn’t pay, she had to call her father to send her the money for the dinner and the ride back home.

I explained to my sister what her friend did but she wasn’t interested in taking my side. She told me since I picked her up from her place and since it was my turn paying for the date I should have just did so and drove her back home or gave her money for a taxi.

I wasn’t interested in arguing with her so I said I’ll send the money to give to her friend and told her god have mercy on both their future boyfriends. She said if they were an a**hole like me she wouldn’t even touch them with a ten-foot pole and hung up.”

One reader said he’s NTA and said the sister is just as bad as her friend. 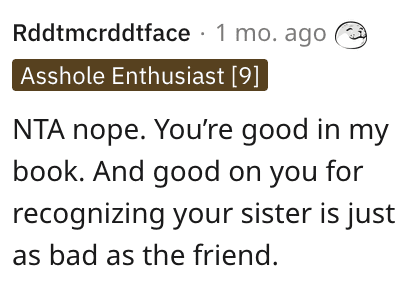 And this individual made a good point about people who are rude to service workers. 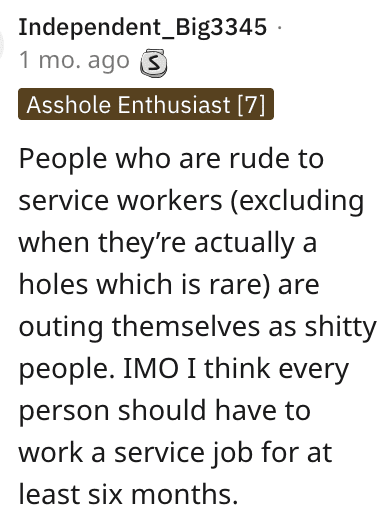 Another Reddit user made a good point about this guy’s date…good grief. 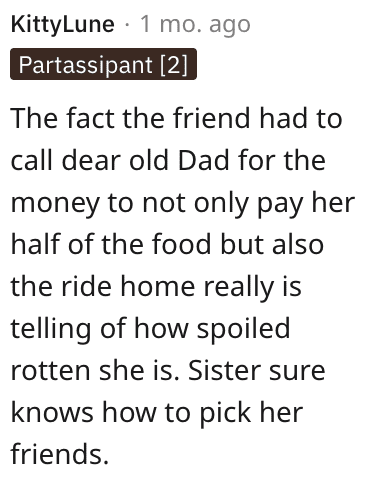