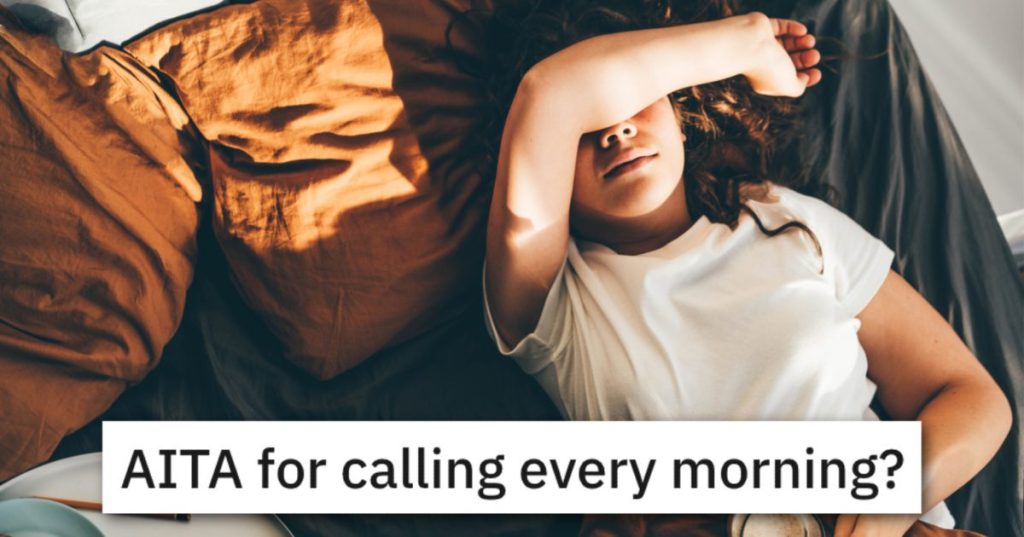 Man Calls To Wake Up His Wife Every Day. Is He Too Controlling?

Relationships are hard…and then you have kids. Once you throw different ideas about raising them into the mix, couples either learn how to seriously communicate or eventually pull the plug.

OP here works a lot of hours while his wife says home with their 20-month-old son. The kid is easy and a great sleeper, going to bed around 8pm and sleeping 12 hours straight.

My son is a 20 month old toddler, my wife is a stay-at-home mom, I work six days a week and I’m usually gone for twelve hours a day.

I always check in on my son remotely via our nursery cam app and he’s always awake in the mornings around 8:00. He has a great sleep routine. Our “wind down” time starts at the same time every evening, we clean up toys, read a book, when I lay him down he’s still awake, he falls asleep on his own and sleeps all night for at least twelve hours.

Still, every morning between 9-10 he checks on his kid via the camera in his room, and typically finds him awake in his crib.

He has to then call his wife to wake her up and let her know the baby is up.

It’s usually after 9:00 before I have a chance to check the camera, this morning when I checked it was 9:12 and some mornings are closer to 10:00. Every time I look though, he’s awake in the dark and standing in his crib just waiting.

When I see this, I immediately turn on the brightest night light the camera has and speak to him through the camera app. I always tell him good morning and I love him and he usually laughs and says “Dada”.

Then I leave the app and call my wife to wake her up.

I usually have to call three to four times and when she finally answers, it’s obvious that she just woke up and only because I called. I tell her that our son is awake waiting for her and that she needs to get up to start their day.

They recently had an argument after she said she was going to leave him in the crib until she’d made breakfast.

This morning while on the phone, I asked her if she was going to get him after using the bathroom and she said no, she was going to the kitchen to prepare their breakfast and THEN she’d get him.

I asked her to get him after the bathroom so he could go to the kitchen with her and she flipped out. She told me it pisses her off that I call EVERY morning to tell her how to be a mom and that she has a routine.

I retorted with “well, your routine sucks because he’s been awake for an hour and you’d still be asleep if I hadn’t called”.

OP feels like the kiddo needs a diaper change and food, and his wife should be able to get herself up to tend to him in a timely manner.

I just bothers me that he has to wait so long. He needs a diaper change, he’s probably thirsty, hungry and just wants to play.

Am I wrong though? Do I need to stop? Please be completely honest with your answers. Thanks!

He wants to know if he’s wrong and should leave them be, and I’m sure Reddit will give him their honest opinions!

The top comment says that, unless the baby is crying, he’s fine and OP should butt out. 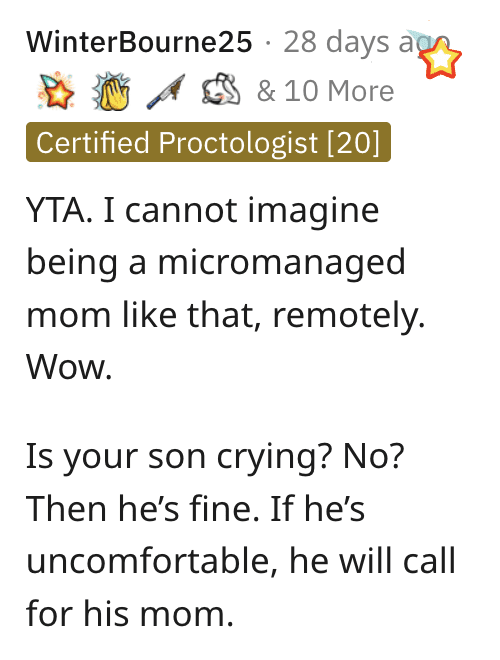 The second comment is a reply, and retorts that kids only cry if they know someone will come; this one might have learned he just has to wait. 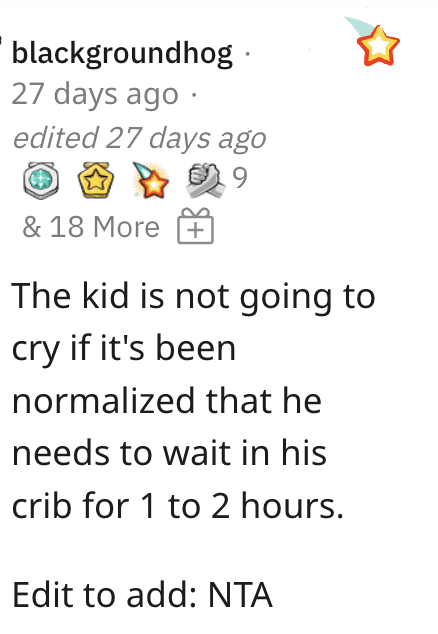 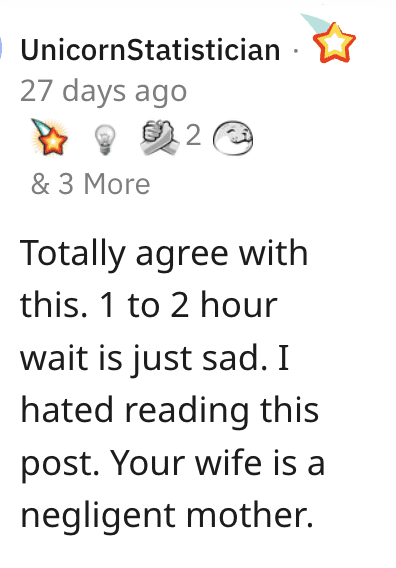 Some think OP should offer to get his wife some more support at home. 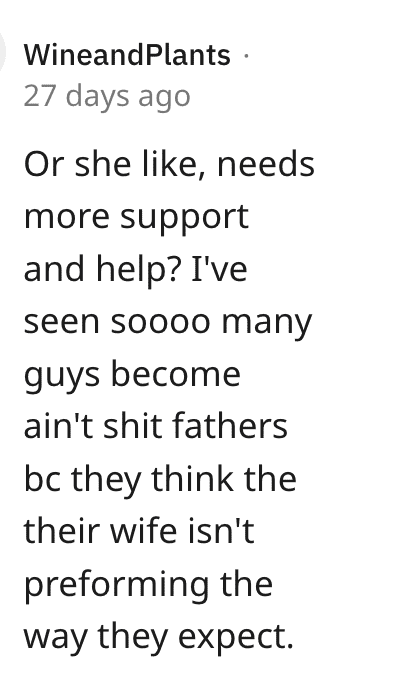 Most other stay-at-home parents were on OP’s side (but not all of them). 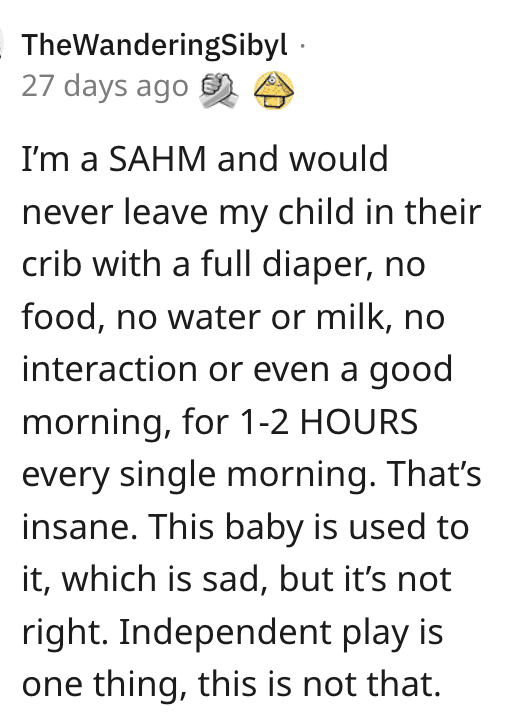 The commenters were super split on this one, with one half thinking the baby would cry if he wanted mom and the other half thinking it’s her job to make sure she’s up and tending his needs, crying or not.

We’d love to hear your thoughts in the comments!