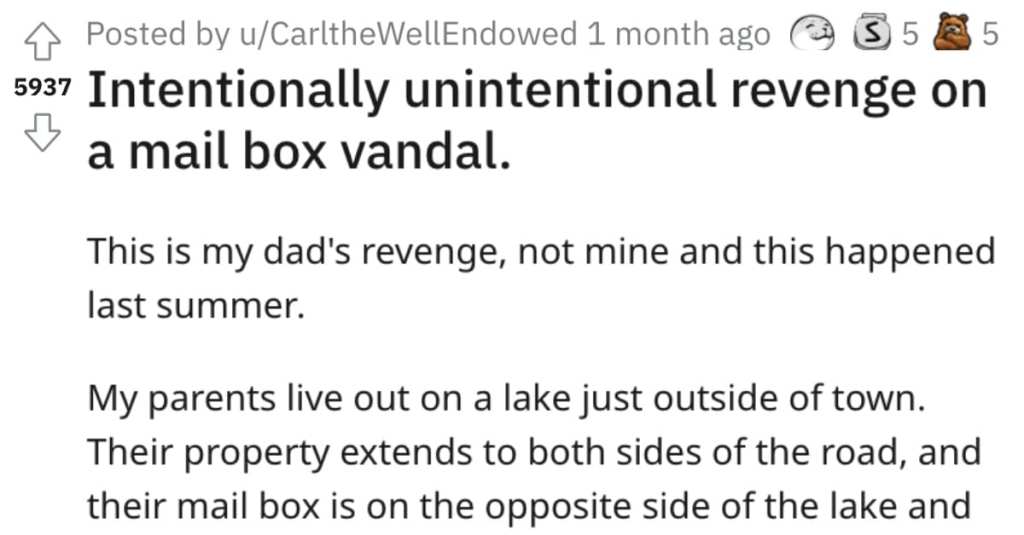 Man Got Revenge on Someone Who Was Vandalizing Mailboxes

If you act like a d**khead, it’s eventually gonna come back to bite you.

And that goes double for folks who intentionally mess with other peoples’ property.

And, at least in my humble opinion, this person definitely got what was coming to him…

Take a look at this story from Reddit about a vandal who learned his lesson in a painful way.

“This is my dad’s revenge, not mine and this happened last summer.

My parents live out on a lake just outside of town. Their property extends to both sides of the road, and their mail box is on the opposite side of the lake and the house.Over the 4 years they had lived at the property, a black SUV has knocked down their mail box 6 times (they catch the vehicle on the security camera on the gate but get no identifying info).

My dad would report it every time, but not much could be done. It was knocked over by a drunk driver once as well, but he crashed a bit further down the road so that was the only time that my dad got reimbursed for the damage.Well after the seventh time it was knocked down, he had had enough.

The land on the opposite side of the road dropped off steeply immediately after the shoulder, so my dad contracted some guys to build out a small gravel pad (15 feet long and 3 feet deep or so) so he could set his mail box back from the road. My dad told me that if someone tried to knock it down now, they would regret it.Well about 4 months after the work was complete, my parents were awoken to a loud crash in the middle of the night.

They called the police and went out to investigate. They found the black SUV off the road and having crashed into a very large tree.The guy was taken to the hospital and was charged with a DUI from the crash as well as possession of drugs they found in the vehicle.By building out the gravel pad and moving the mail box back by just a few feet, it still appeared that the mailbox was on the shoulder, and still seemed like an easy target.

In reality, those 3 feet made all the difference. Because the pad was so short, the vandal left the roadway before the pad started, and when the right side of his vehicle went off the shoulder, he car went veering down the steep incline.

The dude was pretty badly injured, and I know my dad felt bad about this. I think this was much more effective than he had in his mind.

My dad isnt the kind of person to intentionally injure someone, so I am sure he was hoping to just cause damage to a vehicle and teach a lesson that way.”

Now let’s take a look at how Reddit users reacted.

This reader said they wouldn’t feel bad at all about what happened because the person was driving under the influence of alcohol. 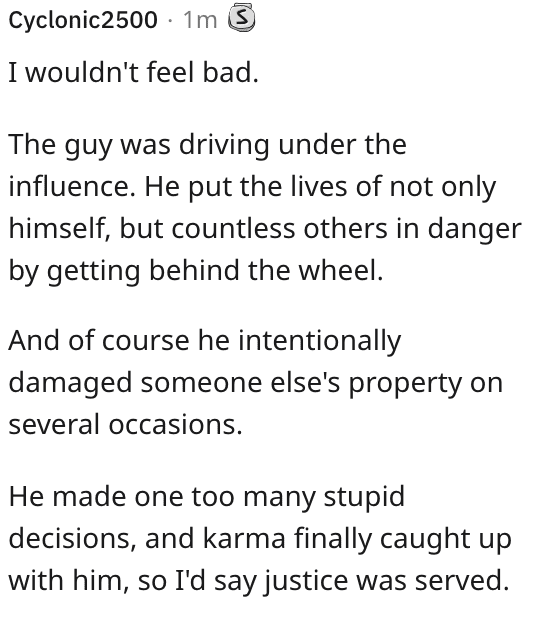 Another person argued that it didn’t really turn out the way the dad wanted, but the guy got what he deserved. 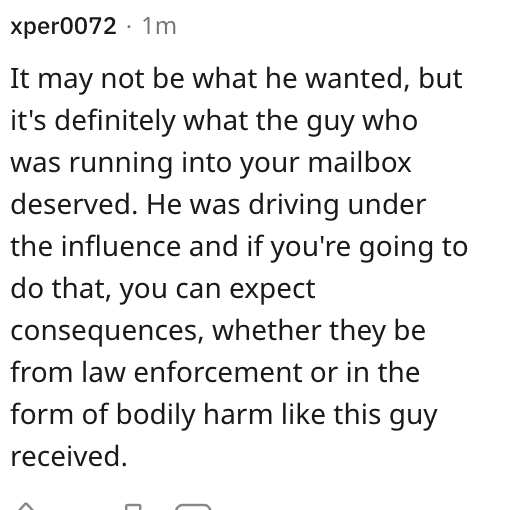 This individual said there might be some potential legal problems here for the dad, so they offered up an excuse about an excuse he could use if asked about what happened. 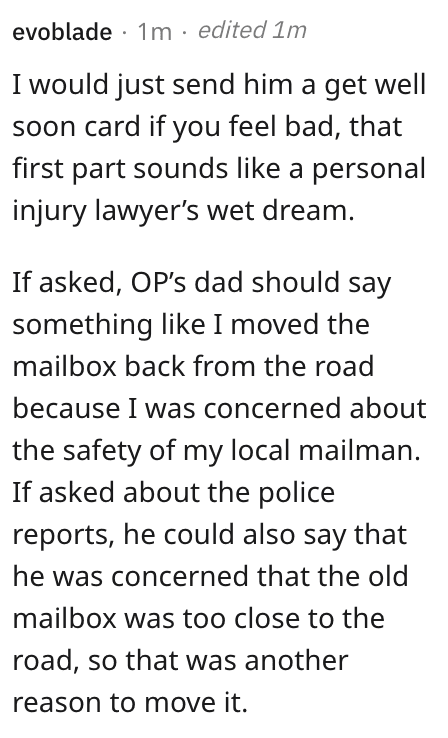 And finally, this Reddit user said that the dad was not to blame here and that this guy, who is obviously a jerk, did this to himself. 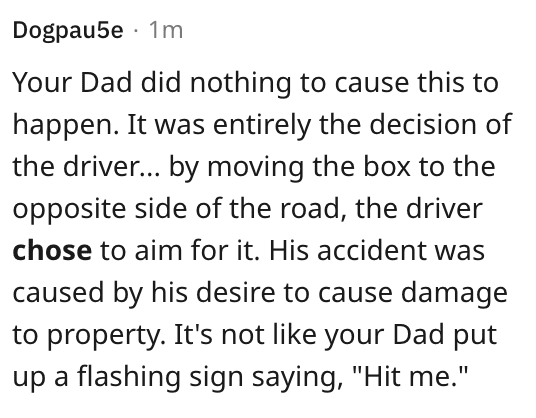 Talk to us in the comments and spill your guts!