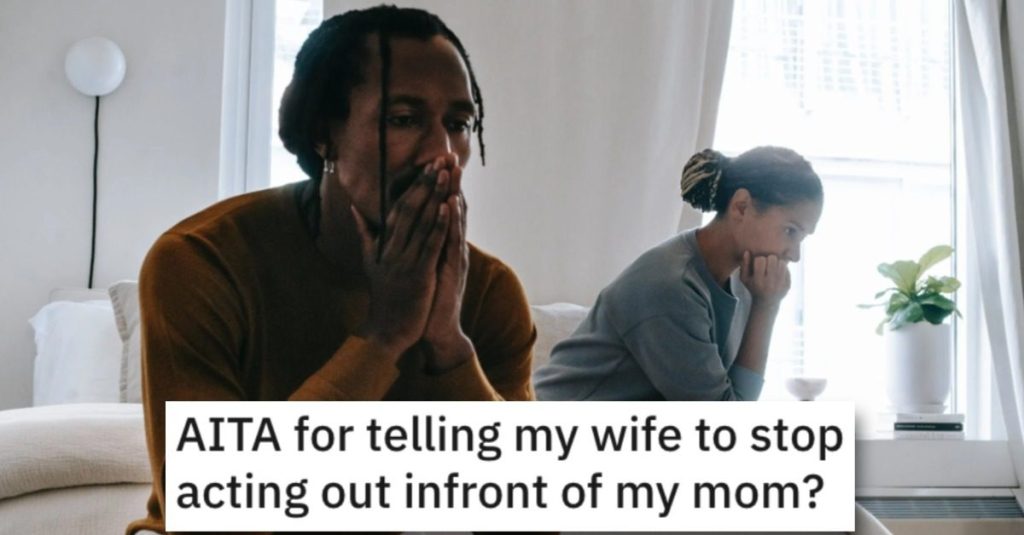 I guess the definition of “acting out” can vary from person to person.

What one person thinks is no big deal at all could potentially make another person get annoyed and angry.

So you just never know…

Is this guy an a**hole for telling his wife to stop acting out in front of his mom?

AITA for telling my wife to stop acting out in front of my mom?

“My wife and I had our babyboy 5 weeks ago. Everything’s going fine, no health problems or complications whatsoever.

However, my wife is often exhausted so I let my mom come over to help out with cleaning and stuff (I can barely have time to work) and also, at the same time, Spend time with the baby and bond with him a little bit.

Thing is my wife acts strange whenever she sees my mom with our son. She’d make a face and talk to her in a descending tone, even raises her voice at her causing mom to feel hurt. I asked my wife about it and she said it was because of what my mom is doing.

I asked her to elaborate and she complained about mom holding the baby for long and taking forever to give him back to her. mom argued that my wife could ask nicely instead of outright yelling but my wife defended herself saying that she only starts raising her voice after she’s already asked a couple of times and mom won’t listen.

They started arguing and mom started crying. that’s when I felt enraged, pulled my wife aside and told her to stop acting out and that if she keeps this up then we won’t get anymore help from mom. She argued that she was trying to feed our son and that it was awful of me to think of it as “acting out”.

I said I understood her frustration and yes mom can do things that require some patience from us. but a little kindness can go a long way in keeping the peace in this difficult time. She called me selfish and said that it’s easy for me to say when I’m not the one “dealing with this”. from there the argument escalated despite me trying to cut it short.

I went outside to calm down and after that my wife started cold shouldering me. I told her this was not okay but she told me to go sc*ew myself and that from now on out I should deal with taking our son back from my mom when it’s time for feeding since I “condone” this behavior.

I really am not condoning anything and really think she’s stressed out yes but the way she behaves around mom is, in my opinion, not okay.”

One reader said that this guy needs to get control of his mother. 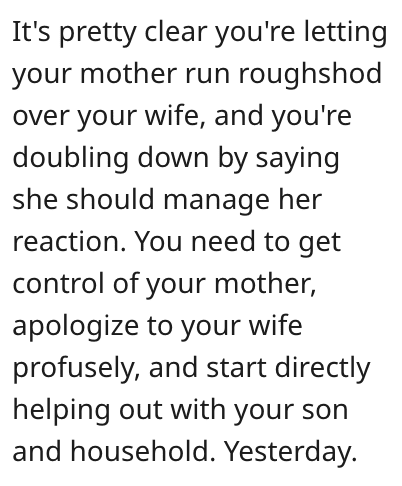 And another individual said that his mom needs to go home and leave these two alone. 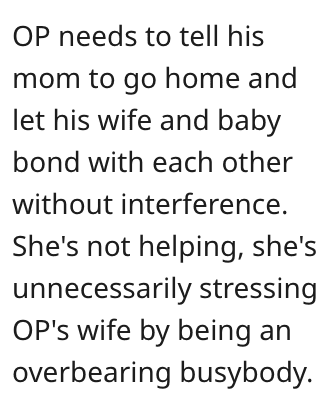 And this Reddit user said he’s an a**hole and he needs to start respecting his wife. 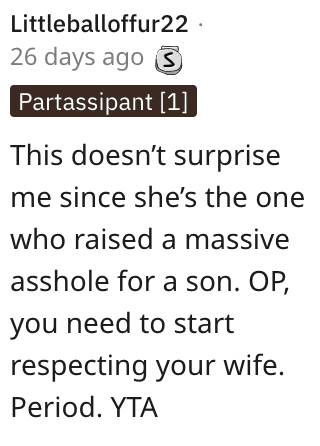