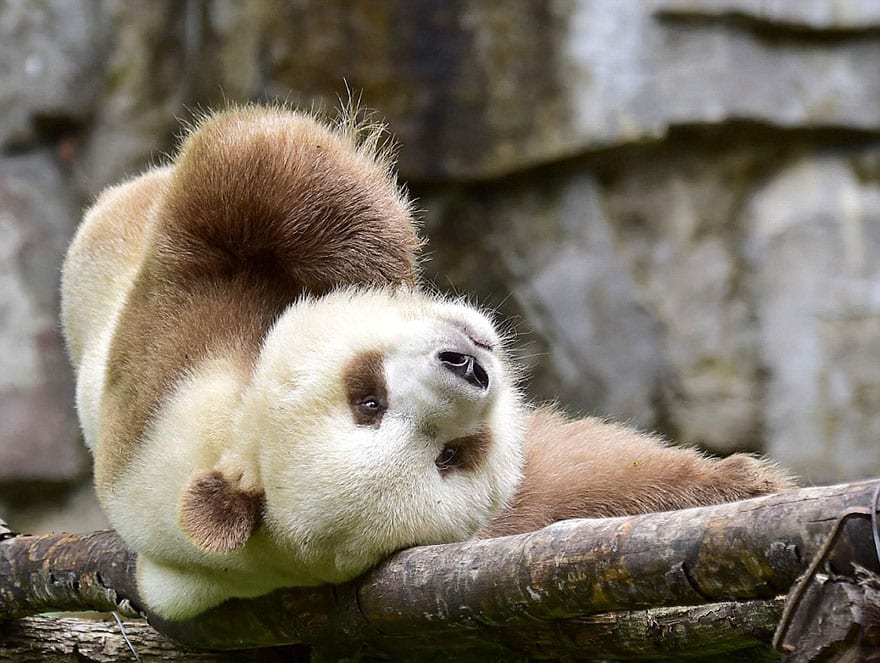 Next Time You Think You’ve Got It Bad, Remember This Brown Panda

It’s a hard gig being different – especially when it’s the way that you look, and not something you can change. We understand this in the human world, and it turns out that things are just as big of a struggle for those who don’t quite fit into the animal world.

Just ask Qizai, a panda who was abandoned by his mother when he was just 2 months old. We don’t know much about her except that she was black and white (and that she was a terrible mom, obvs), because when Qizai was found at a nature reserve in Central China, he was weak and neglected. 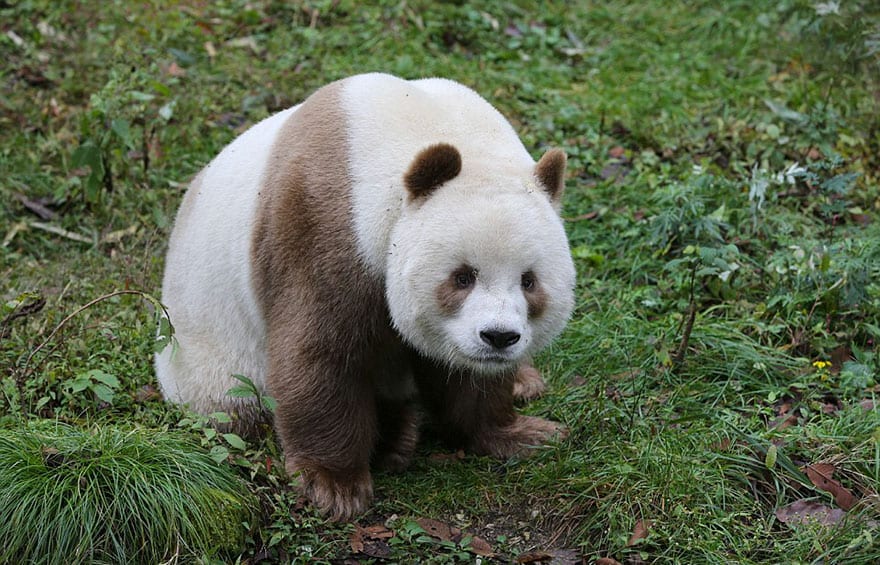 As he grew up at the Foping Panda Valley Reserve, Qizai found that his struggles weren’t done. The other pandas bullied him, often stealing his food and otherwise treating him like an outsider, presumably because of his appearance. 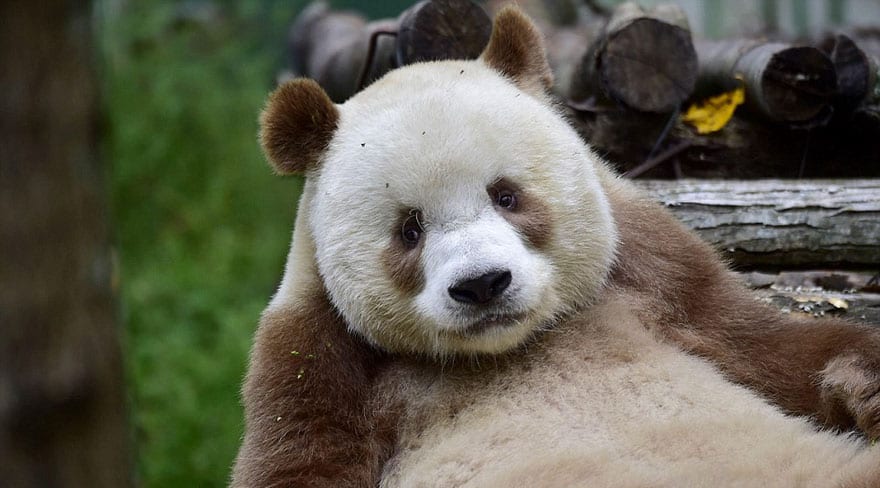 He’s 7-years-old now, though, and by all accounts has grown into a fine specimen of panda goodness. He has a personal caretaker who plans his schedule around Qizai’s eating schedule and keeps him safe and sound. He weighs more than 220 pounds, eats 44 pounds of bamboo every day, and is soon going to be looking for a mate. 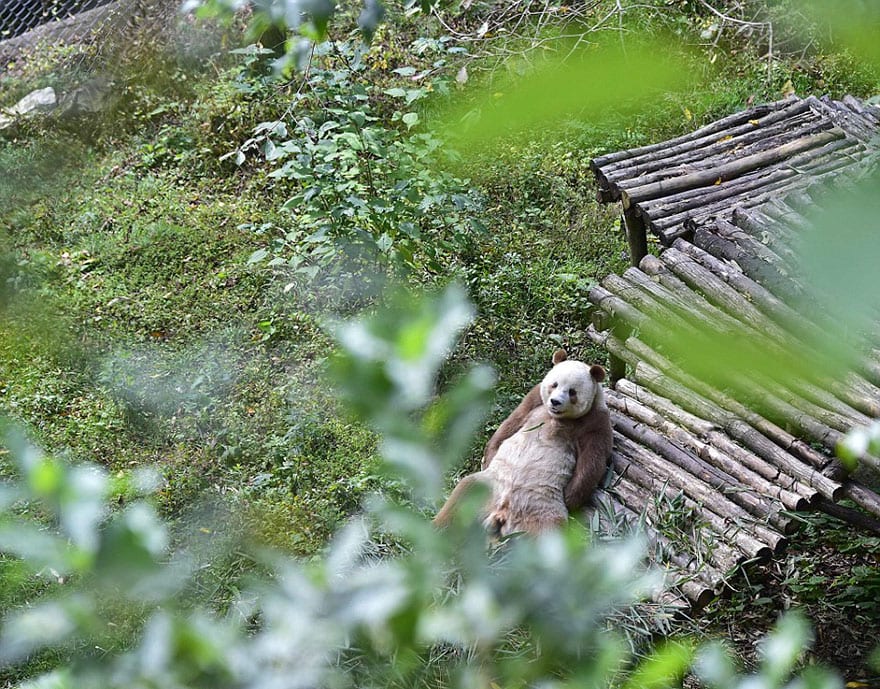 His caretaker says that Qizai is “slower than the other pandas, but he is also cuter.” He also described him as a “gentle, funny, and adorable” animal. 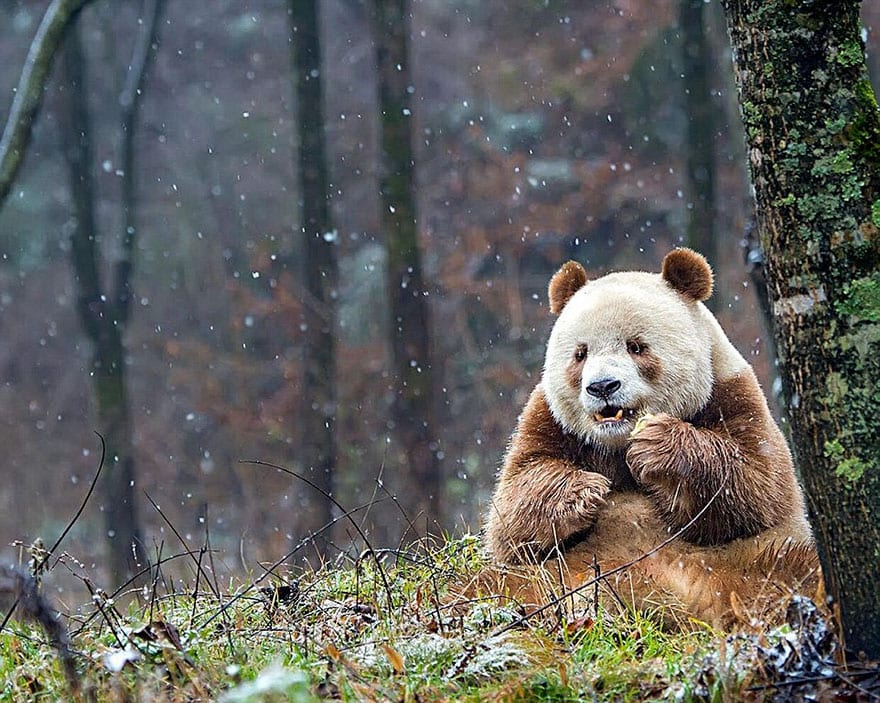 It’s so sweet to know that he’s found someone who loves him just the way he is! 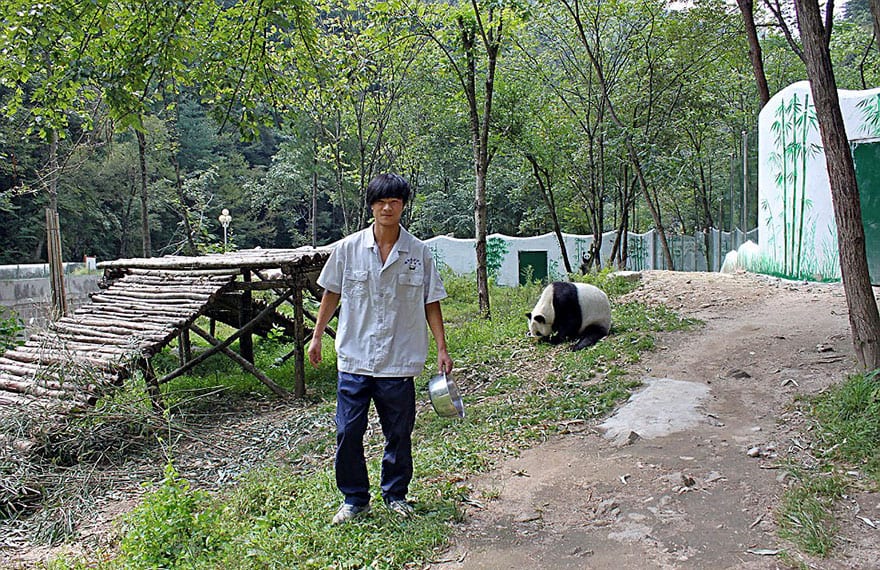 As far as Qizai’s strange coat goes, scientists are hoping the whole ‘finding a mate’ thing goes well so that they can study Qizai’s offspring in order to determine the cause behind his mutation. 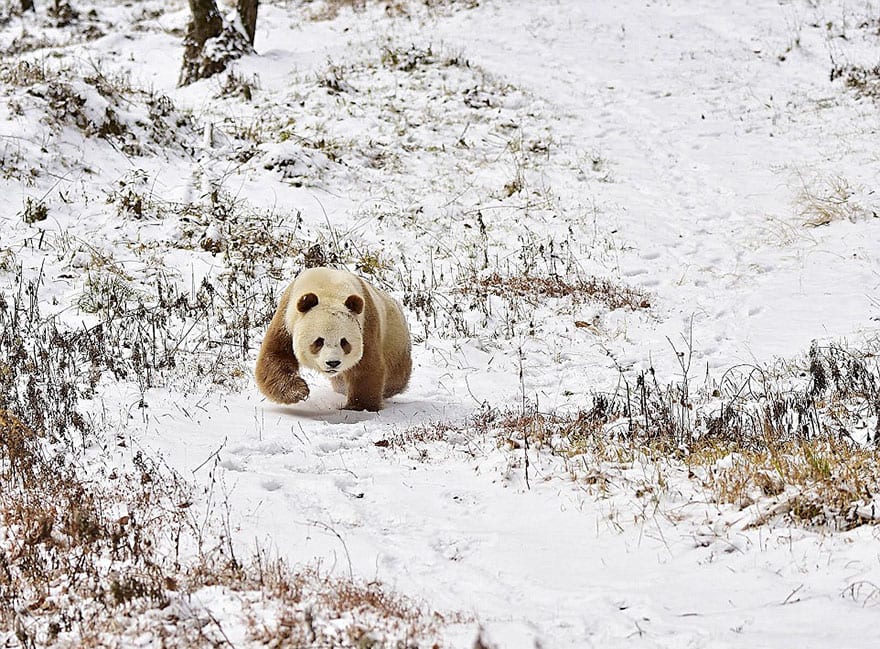 Whether or not the mystery of his brown fur is ever solved, the fact that Qizai is happy and healthy seems to be enough for him. If you ever find yourself in China, stop by and say hello!

Want more?! Check out the articles below:

Here’s a Perfect Example of How Becoming a Meme Can Completely Ruin Your Life
If You’ve Ever Jerked Awake Suddenly While Falling Asleep, This is What’s Happening to Your Body
This Waitress’ Epic Post After Customers Tip Her $0 Is Going Viral
Why This Model Is Suing a Tampon Company After Losing Her Leg
Science Explains…What Happens if You Never Leave Your Hometown
You Might Be Confused…Here’s What These Emoji ACTUALLY Mean
Infographic: What Does Your Poo Say About You?
10 Survival Myths That Could Kill You
This Grandma’s Search History Was So Adorably Polite It Even Got Google’s Attention
At 15-Years-Old, He Weighed 707 Pounds: The Way He Looks Today is Inspiring Millions of People