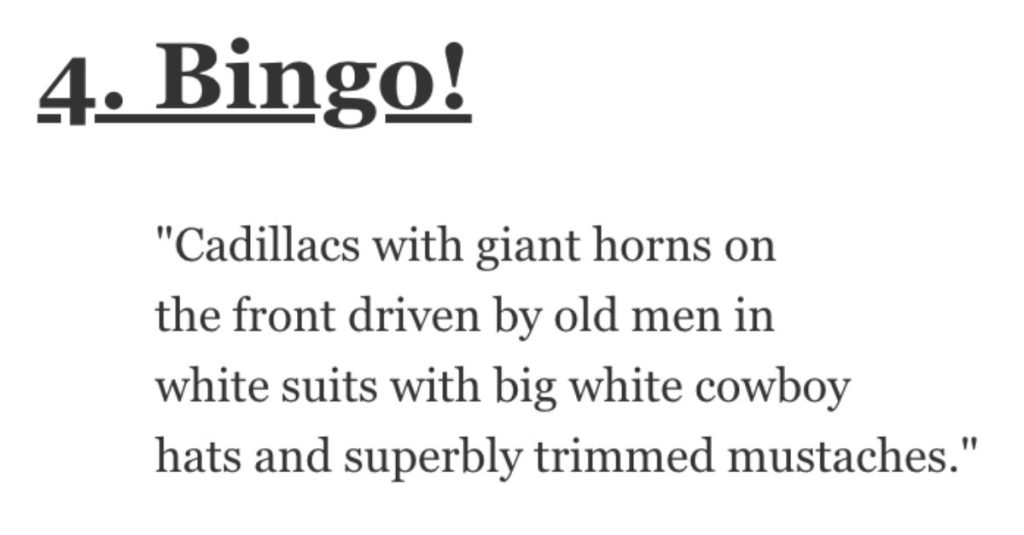 Non-Texans, What Do You Think About Texas? People Shared Their Thoughts.

The stars at night are big and bright…

Deep in the heart of Texas!

You know that’s the truth.

As they say, everything is bigger down there…

But what do you think about the Lone Star State?

“My Texas is essentially one of those M&M characters.

I picture him with those big oval eyes and white limbs. The color of this Texas-shaped M&M is “American flag”.

He’s got a cowboy hat, a piece of wheat sticking out of his mouth, and a perfectly groomed mustache. He’s just walking around in his cowboy boots.”

2. They sure do love it there.

“I’ve been through Texas a few times and the thing that stood out to me was how much people in Texas love talking about how much they love Texas.

I had a beer at the Dallas airport when I was waiting for a friends plane and it was a Budweiser bottle but instead of Budweiser the label said Texas on it. Diners would serve Texas shaped pancakes.

Every gas station had a section for Texas swag- everything from tee shirts to shot glasses to hats to magnets and other Knick knacks. I’ve always found New Yorkers to be obnoxious with how much they talk about how much better they are than everyone else, but Texas is actually on another level.

So, I guess when I think of Texas, I think of a bunch of people yelling “I f**kin’ love Texas.””

We have a saying ‘this is not Texas’ to mean “there is order”.”

“Cadillacs with giant horns on the front driven by old men in white suits with big white cowboy hats and superbly trimmed mustaches.”

“I live in California, but because I’m in an oil town, there are a lot of Texans out here with Trucks festooned in Cowboys flags, bull horns, and trucker nuts, usually with a Texas State Plate.

I refer to those people as “Aggressively Texas”, and give them a polite yet wide berth.”

“Folks down there are Texans first and Americans second.

They talk about leaving the US and becoming its own country.”

Don’t get me wrong we’ve got it here in the UK but it’s nothing like what I’ve seen from across the pond.

Burnt ends, beef ribs, smoked brisket. I’ve only ever seen it on YouTube and I envy those of you who have tasted it.”

“I am from India, never been outside India.

I swear the people at the Dallas airport are always SO loud.”

“Mixture of church and state which is ironically exactly what the US was founded against in terms of government authority.”

What are your feelings about Texas?