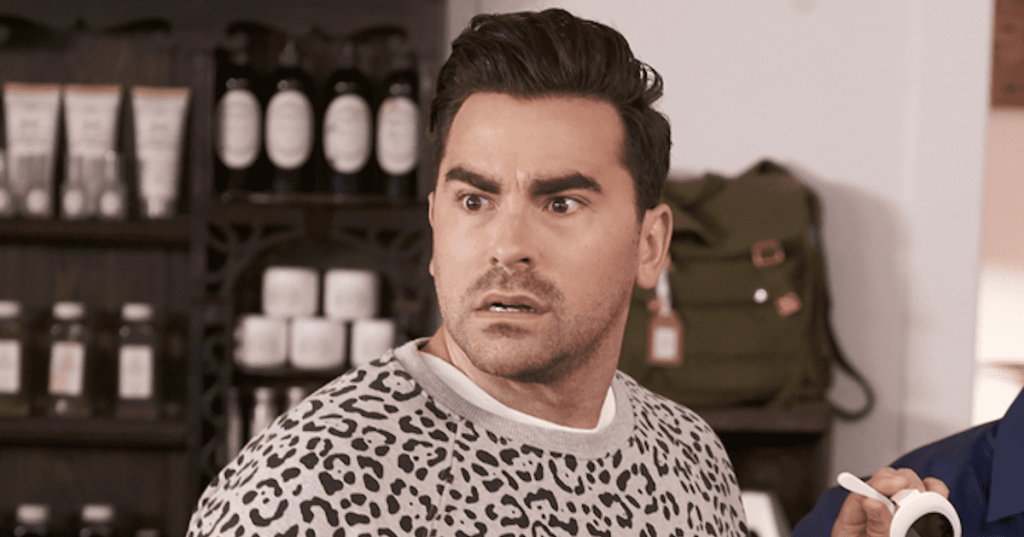 Obsessed With Dan Levy? Here’s Every Performance You Don’t Want to Miss.

To be fair, who isn’t obsessed with Dan Levy these days? His father Eugene might have been pulling the money strings behind Schitt’s Creek (while also masterfully playing the straight man on the show), but it was Dan Levy’s portrayal of the neurotic, lovable, hilarious David Rose that had us all tumbling head over heels for the quirky show-that-could.

Some people have been fans for awhile, but for the rest of us, this is a recent discovery – and if you’re like me, you want to catch up on literally everything he’s done before or after Schitt’s Creek.

So, for us, here’s a handy list so we don’t miss one single thing!

Behind These Hazel Eyes

In 2005, Levy appeared in Kelly Clarkson’s video for “Behind These Hazel Eyes,” though if you blink, you might miss him.

He plays a stunned wedding guest around the 2:56 mark, so keep your eyes peeled.

Levy worked at MTV Canada as a video jockey and was also the host of The Hills after show. He confessed to trying to make a name for himself outside of his dad, but enjoying the freedoms of the job in the process.

He left when he realized the job was causing him anxiety, and while he was trying to decide what to do next, the idea for Schitt’s Creek came to be.

He hosted the show for just one season due to scheduling conflicts, but then again, that’s a whole season of him eating baked goods and being generally delightful.

A post shared by K A C E Y (@spaceykacey)

Christmas came early in 2019 when The Kacey Musgraves Christmas Show premiered on Amazon in November.

Throughout the program, which included appearances by Kendall Jenner, Troye Sivan, and Zooey Deschanel, Levy served as the narrator and landed a few lighthearted jabs at the production.

Premiering on Nov. 25, Happiest Season is described as capturing “the range of emotions tied to wanting your family’s acceptance, being true to yourself, and trying not to ruin Christmas.” In it, Levy plays John, Abby’s (Kristen Stewart) best friend who saves the day after she has to hide her relationship because her girlfriend hasn’t come out to her family. It Levy’s first major post-Schitt’s role, and it’s clear he has a long career ahead of him.

I’ve got some stuff to watch, how about you?

What’s your favorite Dan Levy project to date? Share it with us in the comments!