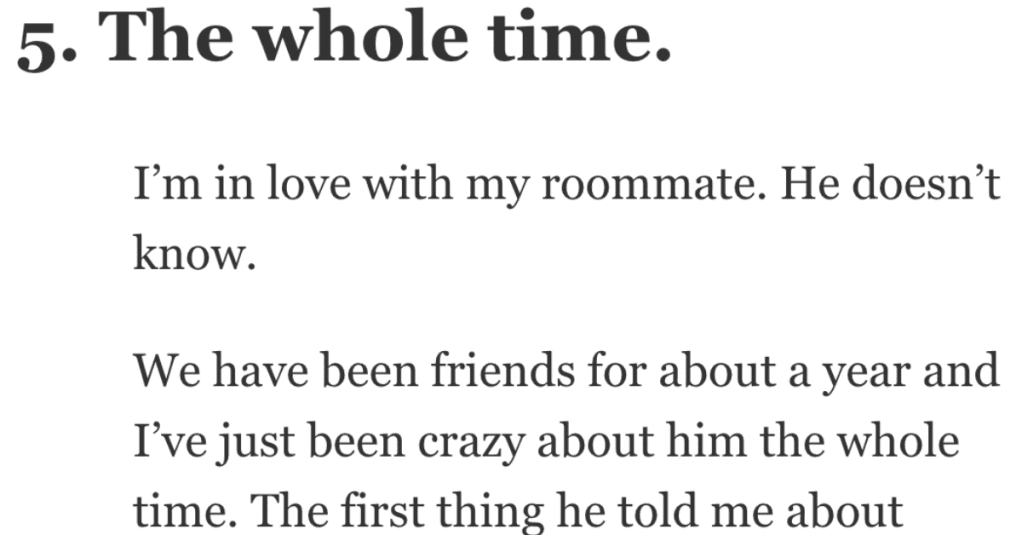 People Confess The Secrets They Hope Never Get Out

Some of these 16 folks have been keeping these secrets for a very long time, and they feel they’ve got to unburden themselves – thank goodness for the internet!

I’m a therapeutic foster parent. When kids leave us to go back home, I am usually really happy for them (unless I don’t think their family is going to be able to handle things safely, then I am worried as could be) but I am also selfishly completely heartbroken.

I think about our former kids all the time. When they go home, I try to write our name and phone number in a bunch of their books so they can maybe find us again. And I keep my Facebook page as unlocked as possible hoping they will feel they can reach out if they need anything.

I want to foster forever, but I also wonder if I can keep saying goodbye like this. It absolutely guts me and I know I have no right to feel that way.

The only reason I don’t own a gun is because I have terrible suicidal ideation.

The only reason I haven’t gone through with it via other means is because I was named a God father of my friend’s daughters, who I see more often than most of my own family.

I sometimes open a private browser window to google questions that feel too stupid to have on my search history.

i have a little bag of dirt in my room.

Sometimes I hang out in my yard in the nude at night. Turns me on.

11. Well…whose fault is this, really?

A co-worker retired and I inherited one of his reports, which is one of my employer’s Key Performance Metrics. Every two weeks it would take him an entire 8 hour day to complete.

The first week I was able to automate most of it down to 1 hour. Over the next nearly 10 years, I’ve improved it to the point that it runs in less than a minute, then 14 minutes to quality check it. I then spend the next 8 hours surfing reddit, watching movies, doing whatever I want in my office from home.

All this time, I’ve told my boss it takes me 8 hour to perform, and sometimes I’ll tack on extra hours because of “technical issues”. No questions asked as long as its in his inbox by COB Friday.

About 8 years ago I had a conversation with a coworker who works for my boss’ boss. It turns out he receives the report on Monday and never reads it. It gets filed away and the only time they get looked at is during an audit. I’ve had to discuss the reports just twice, and showed them an “SOP” I wrote that demonstrates how it’s done (without the automation). Auditor checks the box, next item…

Whenever I’m on vacation, I turn the SOP over to someone else who’ll have to compile the report by hand. When I get back, they’ve alway mentioned “How do you do all that in just 8 hours???” At this point I’ve charged my boss nearly an entire year for sitting on my a$$.

I slept with my mom’s friend. She was younger than my mom. She was 32 and I was 20 at the time. She stopped me one day as I was walking by her apartment and asked if I could take a look at her laptop because the “wifi wasn’t working.”

I said of course and started looking for the cause of it. While I was on her couch with the laptop she comes out of the kitchen with a bottle of tequila and two shot glasses.

At that point I knew the real reason I was there. Needless to say, there was nothing wrong with her wifi.

I failed out of high school chemistry and I can barely swim, two very unrelated and irrelevant life footnotes – except I now run a pool chemical business.

One time I farted so hard my back cracked.

Back in college, I took a computer class that dealt with excel and such. I was way over my head because 1) I didn’t want to take the class 2) I’m bad with computers.

The way tests worked was that we’d open up a blank test template on the computer we sat at, and follow instructions. As I was opening up the copy – I saw the copy of the kid before me.

I quickly wrote down his name, and saw that he got a ton of the easier steps/questions so I blindly trusted this person and copied their entire test.

Test came back and I got an A. Boom.

Homework was pretty easy – multiple choice quizzes on the reading all open book/notes.

So I reached out this guy and told him what happened. Turns out, he was doing this with someone else in another period.

Ended up getting a 97 in that class and it boosted my gpa into the “good enough for a small scholarship” territory (like 500 bucks for books) but basically did and learned nothing.

6. Brothers are just the best.

When I was a kid, I farted into a little box over and over for a full year. It was a tin some christmas cookies came in with a picture of Santa on it. Every single time I had to fart, I lifted the lid, “put it in the box”, and quickly closed it. Before long, the box was successfully weaponized and ready for deployment.

When my brother was mean to me, I’d steal his Oakleys (expensive horrible 90’s sunglasses) and put them in the box to, um, marinate overnight. Then I’d quietly return them.

My brother continually complained to my mom about how they smelled and that they’d sold him “a bad pair,” and wanted new ones. She was like hell no dude. So he just kept wearing them til they broke.

So basically I farted into my brother’s eyes for a year. Never told anyone.

I’m in love with my roommate. He doesn’t know.

We have been friends for about a year and I’ve just been crazy about him the whole time. The first thing he told me about romantic relationships is that he is not looking and is not interested.

So I respect that boundary and don’t say anything.

4. This takes quite the turn.

Back in high school, I had a huge crush on a girl. There was some heavy chemistry between us, but despite asking her on a date several times, she always said no. We lost touch after graduation.

A few years later, I ran into her at a bar. We got to catch up and it was great getting to talk to her again. She said her parents were having a few people over at their place and asked if I wanted to go hang out with them for a while. Turns out everyone had left by the time we got there, so it was just us four.

After a few drinks, my friend said she was tired and was going to go home. I told her I’d find my own ride and said goodbye.

After she left, her dad asked if I wanted to f**k her mom while he watched, so I did.

One summer I pocketed $1700 cash from cover charges over the course of a 4th of July weekend working as a doorman at a bar in a popular summer lake town.

I was 19 years old being paid $8.50 an hour to break up fights, deal with drunk college girls with wandering hands and listen to rich 20-something year old boys threaten me by telling me how powerful their fathers were. I never felt bad about it.

2. That poor dog probably got sent to the vet.

I worked at Wendy’s during my teenage years. I also had a teenager’s metabolism, so I would frequently treat myself to numerous giant Frostys during evening shift.

Closing one night and, to avoid a 2am ride home with my sketchy manager, I decided to walk the 3 miles home through suburbia.

Around the halfway point of my early morning walk, the gallons of delicious milky beverage in my gut transformed itself into gallons of fetid milky waste wanting very much to leave my body.

Without a bathroom nearby, I darted down an alley and hopped a fence into a backyard…where I unleashed evil. I noticed that this yard had all the necessary accoutrement to indicate a dog or two lived there. My hope is that the owners didn’t take their dogs to the vet with the assumption that Fido’s anus exercised Mephistopheles.

Cheated on my CV to add some skills and certificates I don’t have to match a Google position… but after 5 years I mastered all of them and became a team manager ..

Still a black hole I still can’t get through 🙆🏻

I will hear people’s hilarious secrets all day and night, how about you?

If you’ve been keeping a good one, lay it on us in the comments!