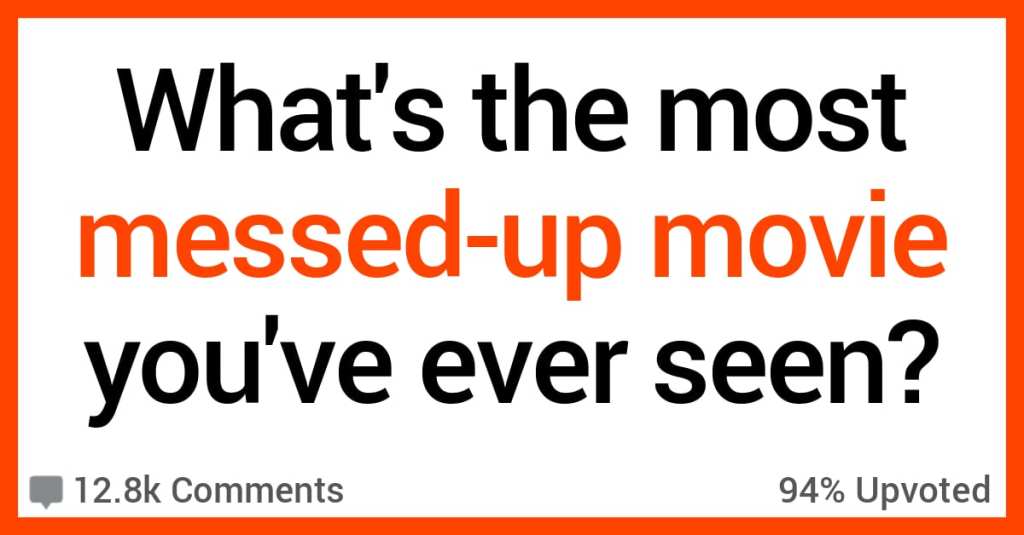 There’s definitely not a shortage of disturbing movies to watch out there, that’s for sure.

Don’t get me wrong, I like dark movies, but every once in a while I end up seeing one that I probably could have done without.

People talked about the movies that they found very disturbing.

“When I first watched this as a kid, I couldn’t finish it.

Isaac and Malachai were beyond creepy and gave me nightmares to the point that I still can’t watch it now as an adult.”

“It was the first movie to ever give me nightmares.

I was probably around 12 when I saw it, and it was so disturbing and traumatizing.”

“I repeatedly had to ask for it to be turned off until I finally just walked out of the room it was playing in.”

“I’m surprised none of the Final Destination films were mentioned on the first list.

The opening of the second film was so disturbing!”

“I’m going to go ahead and add this movie to the list.

I watched it years ago and it still gives me the creeps just thinking about it.”

“It horrified me so much.

You’re literally just watching people kill themselves for like two hours. I could only sit through it once.

I tried to watch it a second time, but I became violently ill.”

“It was a good movie, but the end was so sad and disturbing that I never want to see it again.”

“I was way too young when I watched this, and it traumatized me for LIFE.”

“It ruined all Zac Efron movies for me.”

“I went to see it because I love Christopher Plummer (R.I.P.), but wasn’t familiar with the story itself.

The scenes with the social worker were horrific.

I all but threw up while watching them.”

“It was just so creepily realistic.”

“It’s a really underrated film starring Patrick Stewart and a lot of talented younger actors, including Alia Shawkat and the late Anton Yelchin.

It’s about a punk band who play at the scariest bar in the world where they witness something awful, and they end up running/fighting/begging for their lives for the rest of the night.

There’s nothing supernatural, and the gore isn’t campy — instead, it’s realistic and brutal as hell. Someone else please go watch it because it’s so good, but — as for me? — nope. Never again.”

What movie (or movies) really messed with your head?