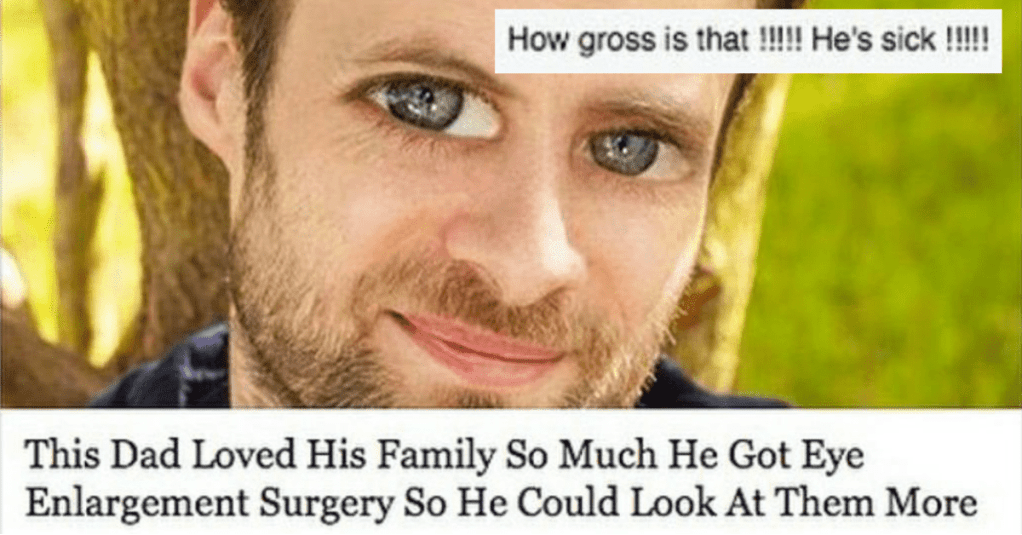 People Fell for These Satirical Headlines… Because of Course They Did

I still remember the first time I ever saw The Onion.

I was over at a friend’s house in college in the late 1990s and he actually had a subscription to the satirical newspaper that he had mailed to him. And, of course, I immediately thought it was totally hilarious.

And when I moved to Chicago after college and The Onion was in newsstands for FREE? That was really awesome.

The publication is still going strong and, as you can imagine, people are still falling for their hilarious headlines and believing that they’re true after all these years.

Let’s take a look at some hilarious examples!

1. Some Brit fell HARD for this one.

How can you seriously think this is real from AteTheOnion

2. Make sure to burn your Beanie Babies in the backyard.

This is actually my worst nightmare.

3. He just loves his kids so much…

I think he deserves to be Father of the Year!

4. We have some geniuses arguing in the comments.

Who will win this discussion?!?!

Defender of truth from AteTheOnion

I’ve found my first in a while. Be careful on the roads!! from AteTheOnion

But who needs Math?

“But this.. this was us” from AteTheOnion

7. This is kind of amazing.

It’s a big part of my life during the summer months!

Go blow your noodle from AteTheOnion

9. Time to serve up the humans.

Finally saw one in the wild. from AteTheOnion

I’m tired of all their antics!

Version 1 got taken down for showing his information, here’s a safe version from AteTheOnion

I finally found one from AteTheOnion

In the comments, tell us about people YOU know who tend to fall for satirical headlines and news stories.

Let’s put them on blast! But remember to be gentle, okay? Thanks!