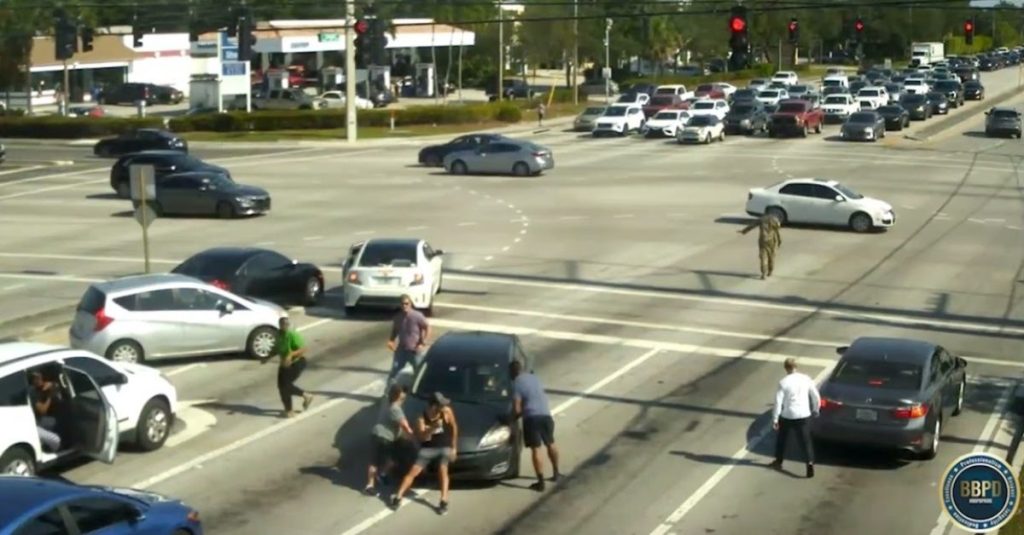 Who says there isn’t any good left in the world…?

And here’s a story that proves it, all you naysayers!

A driver in Boynton Beach, Florida, lost consciousness at the wheel and a group of Good Samaritans took it upon themselves to stop the car from causing a big accident on a busy road.

According to the description of the YouTube video below:

“As her car slowly entered the intersection at Congress Avenue, her co-worker raced across the street waving her arms to get the attention of other motorists. Her co-worker was in another car and saw her slumped over the steering wheel.

Several people got out of their cars and worked together to stop the moving car. One woman grabbed a dumbbell from her car and a man used it to smash the rear passenger’s side window. Another man then climbed through the window to unlock the passenger’s side door.

The car was then put in park and the Good Samaritans pushed it to a nearby 7-Eleven parking lot where a nurse who was on the phone with 911 provided medical attention until the fire department arrives.”

Take a look at video footage of the incident.

Let’s all tip our hats to these folks who stepped in to help out a person in need and saved more people from being injured in what could have been a disaster.

Here is some additional footage of the incident.

Have you ever seen any displays of kindness like this?

If so, please tell us your stories in the comments.