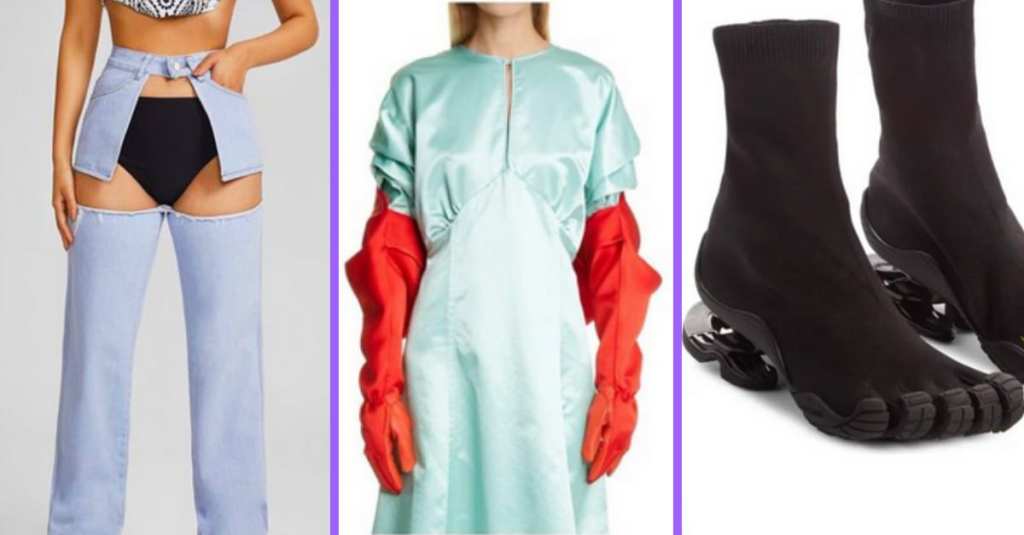 Sometimes when I want to buy an unusual new product, I remind myself that without risk there’s no reward.

Sometimes it works, and the unusual new product is a massive success!

Other times it’s a huge disappointment, and I kick myself for days.

The point is, we all make weird choice sometimes. And the luxury goods industry exists to feed those retail therapy choices.

When a woman went viral recently for posting her ridiculous discovery from Nordstrom, the post took off, with others joining in to share the weirdest and most expensive items they’ve seen for sale as well.

A hobby of mine is finding ridiculous items for sale at Nordstrom’s. This might be my best find yet. pic.twitter.com/racNtYs0jB

The $895 price tag may sound like a lot, but at least you won’t have any money left that you need to carry around, since, as one keen-eyed user pointed out the fine print:

This bedazzled objet d’art doesn’t actually carry anything, except for a conversation.

In addition to outrageously expensive and useless “purses”, there were a number of examples of horrifying (and useless?) clothing trends in the thread.

Good thing they have free returns.

And who can forget this aptly described travesty, which I guess you could wear with those pants.

If you’re really looking to be classy, there’s this dress, which I would describe as “tarp & bungee chic” – perfect for any occasion.

Not bad. I recently shared this with my friend looking for a dress to wear to a wedding. pic.twitter.com/fRIgc7HZNT

And to really kick it up a notch, pair that dress with these matching gloves.
(They match the bungee cords.)

If the tarp dress isn’t to your liking, because, idk, you’re worried about rain on your back? Never fear, there’s always this shower curtain dress option shared by Ellen Grace.

Perfect for a rainy day or a chili dog eating contest.

And if you’re worried about getting cold (maybe in that backless dress) user @TSatch17 has you covered with this… sleeping bag wrap?

This is still one my of favorite Nordstrom finds. pic.twitter.com/7bYFGZQxTp

Another user, @jamiesanpedroo, who really got into the exercise, found these wacky toe-sock-boot-gizmos, and I don’t even know what to do with them.

Not to single out high end retailers, @my_tv_life pointed to her favorite source for the ridiculous, Etsy, and these fabulous handmade pants.

Mine is usually Etsy, drive my family crazy with pics. Behold the crochet pants. pic.twitter.com/TMYCfZS4Fc

Mars OBSESSED responded to the original post with a joke, but these glasses (?!) are blowing my mind.

Several users shared the same $1300 hat, which I personally thought looked like an attempt to imitate an orca.

add this leather baby yoda hat and you’ve got quite the outfit pic.twitter.com/fWN8pecmWo

And don’t forget about the bling. There was the bike lock necklace that costs more than any actual bike lock.

Just in case, you know, you’re worried someone’s going to steal your head.

$845 bike lock for your neck pic.twitter.com/usLREazfXz

Honestly, these all make me feel better about the electric toothbrush I bought last week.

What about you? What’s the most absurd item to come into your social media ads?