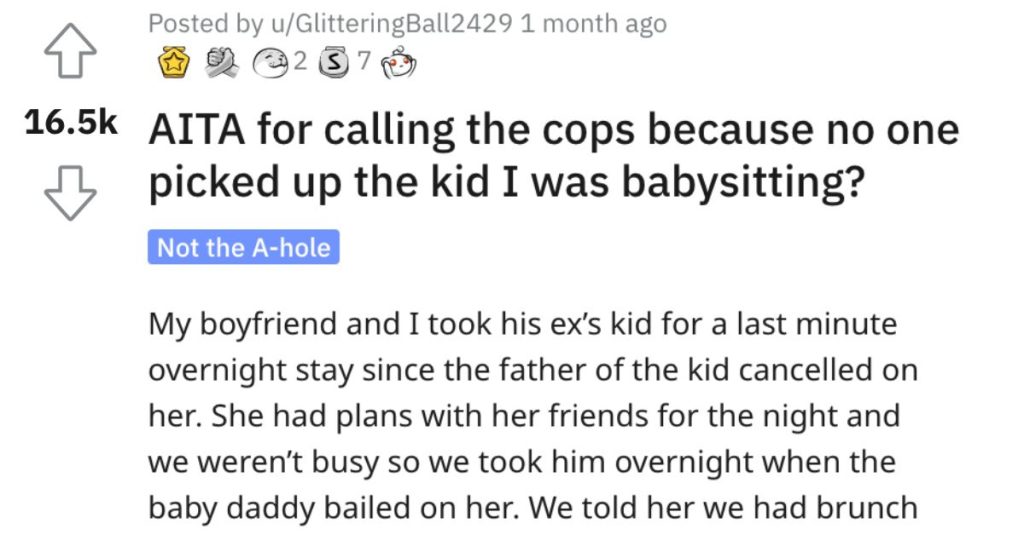 She Called the Cops Because No One Picked up the Kid She Was Babysitting. Is She Wrong?

I’m gonna go ahead and say it: the person in this story sounds SKETCHY.

But don’t take my word for it! Check out this story and tell us what YOU think about it.

AITA for calling the cops because no one picked up the kid I was babysitting?

“My boyfriend and I took his ex’s kid for a last minute overnight stay since the father of the kid cancelled on her.

She had plans with her friends for the night and we weren’t busy so we took him overnight when the baby daddy bailed on her. We told her we had brunch reservations the next morning at 11 and while we were happy to help, she needed to pick him up by 9am. She knew this and agreed when she dropped him off.

Well, next morning it’s 9am and she isn’t here yet. We text and call her with no answer. 10am rolls around and we try calling her again. She picks up in a very groggy voice and tells us she’s got the worst hangover and she won’t be picking him up until 2pm.

We remind her of our brunch reservations and she tells us to take him with us! This kid is 2 years old, it is not enjoyable to take a child this age out to eat. My boyfriend cancels our reservations and gets ready to have this kid until she decides to pick him up.

I am furious at this point. This is not my child nor my boyfriend’s child. I call her and tell her if she is not here by noon, I would be calling the police to collect her child (she only lives 15 minutes away).

She calls me a b**ch. I then told her she had 30 minutes to come get him. I waited an hour and there was 0 sign of her. (We couldn’t drop the child off to her since she lives in an apartment complex that you need to have access to to get in.)

So I called the cops and told them I was babysitting and I don’t know where his parents are, they were supposed to be here 2 hours ago. They basically treated it as they would a lost child. They took him down to the station.

Little miss finally rolls up at 3pm and gets belligerent when she discovers I had actually called the cops and gave her child to them! She calls me all sorts of wonderful names and storms down to the police station.”

One person said she’s not the a**hole and that she did the right thing. 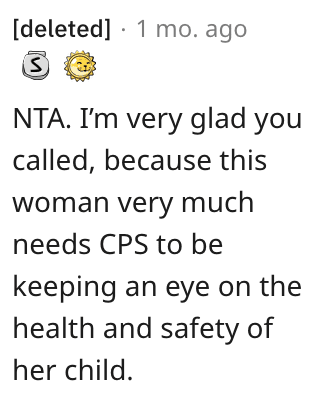 Another individual who used to work for Child Protective Services (CPS) said they should report this to the agency. 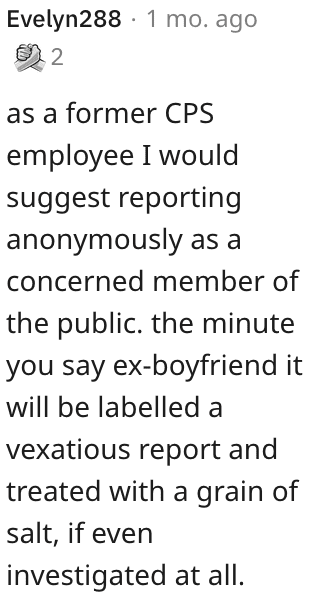 And this Reddit user said she’ll be an a**hole if she DOESN’T call CPS. 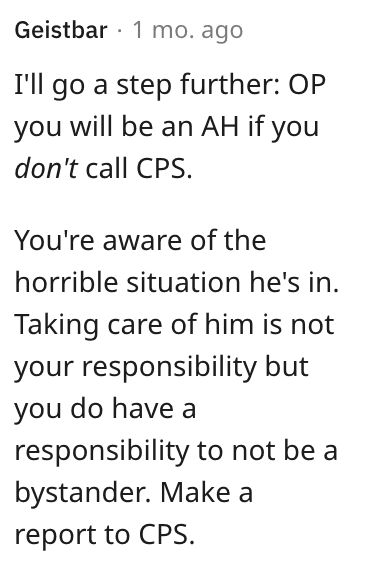