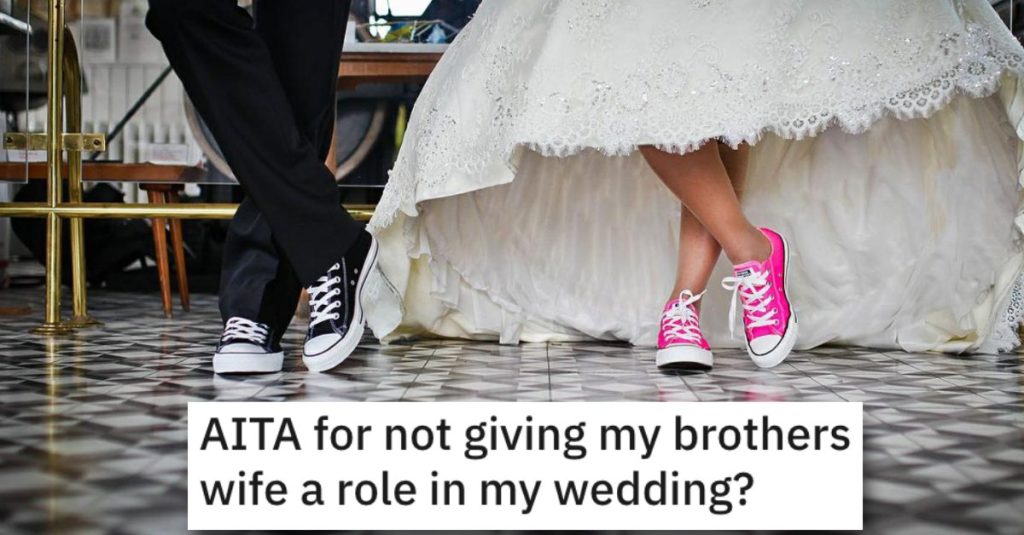 She Doesn’t Want to Give Her Sister-In-Law a Role in Her Wedding. Is She Wrong?

It’s a dilemma that you hear about quite a bit…

And here we are again!

Check out this story and see if you think this woman is an a**hole for not wanting to include her sister-in-law in her wedding.

AITA for not giving my brother’s wife a role in my wedding?

“Getting married in a few weeks and this has become an issue.

Long story short my brother married Gemma 4 years ago. She and I have a history. She was a bully in high school and I was one of her targets. She bullied me until it got to the point my parents changed my school because I was struggling.

I have a history of anxiety disorder as well as depression (that was later diagnosed as major depressive disorder). She made me so unstable and took joy in it. From stuff about how I looked–calling me fat, ugly, disgusting–to mocking how I spoke, because I sometimes struggled to finish sentences or talk without a stutter.

Two years after I left the school she got expelled for bullying other girls, one in particular that it got so bad for an expulsion. And then we ended up in the same school again and she went right back to targeting me. At the worst she said something unforgivable and disgusting and I ended up finishing high school at home because of it. I also started suffering panic attacks again after it.

So it turns out she had a rough family life and she ended up having a breakdown a couple of years after we both graduated. My brother met her again while she was “working on becoming a better person” and they ended up falling in love.

It hurt me deeply that my brother could fall in love with the person who did what she did to me. He told me she was a different person, that she had changed and grown. He made me listen to an apology from her and then it was suddenly like that should be it and we were now “family”.

It’s not that simple for me. I can understand she had a rough past, see that she does seem to be a better person, but I still h**e her for what she did to me. Mostly for what happened that meant I had to leave school and started having panic attacks again. It’s also hard for me with my brother sometimes. Knowing he believes he can absolve her of what she did to me. Believing that I should treat her like I love her.

My wedding has now become a hot topic because my brother was asked to be a groomsman by my fiance and Gemma has not been asked to do anything. She’s just a regular guest. An unwanted one, admittedly, but one who is there all the same. My mom and brother asked about Gemma being a bridesmaid but I turned it down.

But what really started this is my brother found out my fiance had a couple of friends he would have asked to be groomsmen, but because we needed the numbers even and because I would never ask Gemma, he decided not to (my future BIL blabbed).

Now they are saying I’m an a**hole for not including her in some tiny little way and making it seem like she’s not part of the family. My dad told them it was too much to ask of me, and that part of being a better person for Gemma is accepting that she and I will never reach a better place. So now my dad is in the doghouse too.

This person said that her dad is right and that she is not the a**hole. 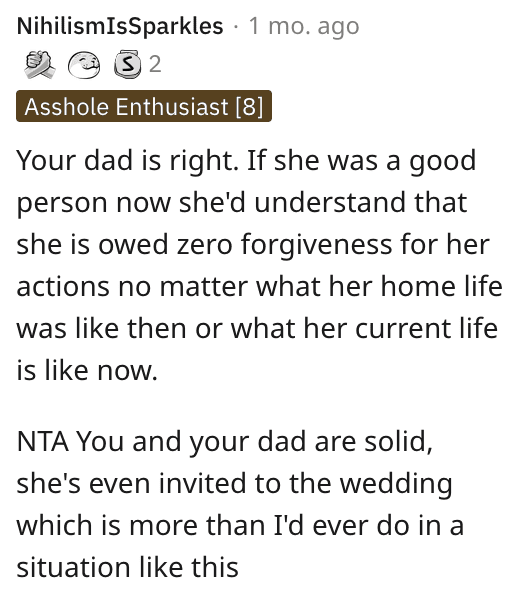 And this individual said she’s NTA and that she should disinvite her brother and SIL. 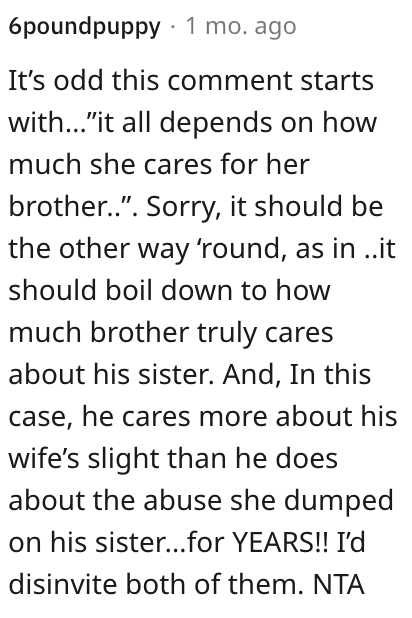 Another Reddit user said she needs to stick up for herself and she doesn’t need to compromise about this. 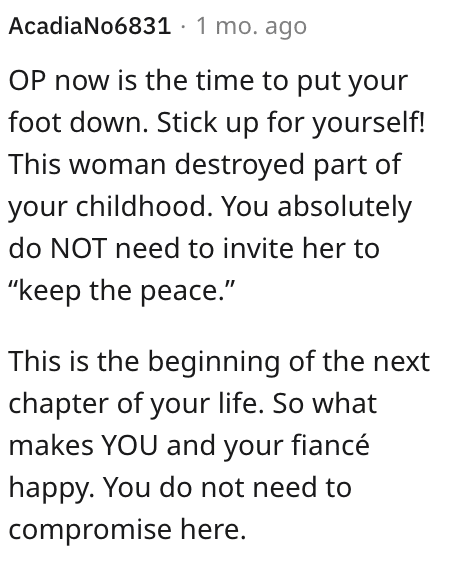