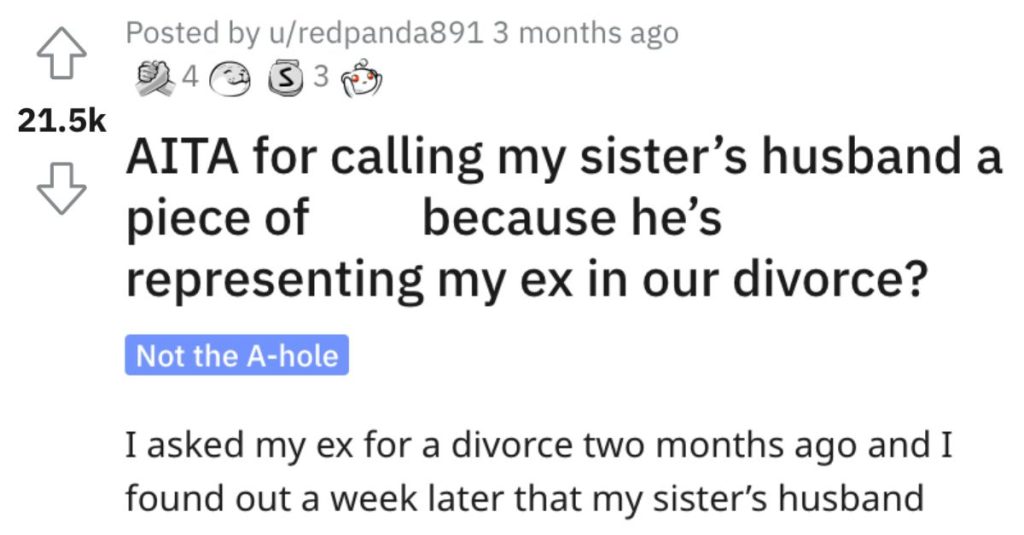 She Lashed Out at Her Brother-In-Law Because He’s Representing Her Ex in a Divorce. Did She Go Too Far?

Divorces tend to get messy, no doubt about it.

And this story sounds downright MESSY because of the cast of characters involved.

So did this woman go too far in this situation?

AITA for calling my sister’s husband a piece of s**t because he’s representing my ex in our divorce?

“I asked my ex for a divorce two months ago and I found out a week later that my sister’s husband was going to be his solicitor. I wasn’t completely surprised as my ex has helped his career a lot but I was still hurt when my sister told me.

I’ve avoided him since finding out but my parents invited everyone over for dinner and I missed them so I went. I tried really hard to bite my tongue but he kept referring to me as my ex’s wife and told me that if he was me, he would stay married because I was going to lose a lot if I divorced my ex. I ended up telling him he was a real piece of s**t in front of everybody, including his daughters.

My sister got angry at me for saying that in front of her daughters but I was so mad I told her I didn’t care because he was a bastard so now she’s p**sed at me.

This person said she’s NTA and she shouldn’t associate with her BIL at all. 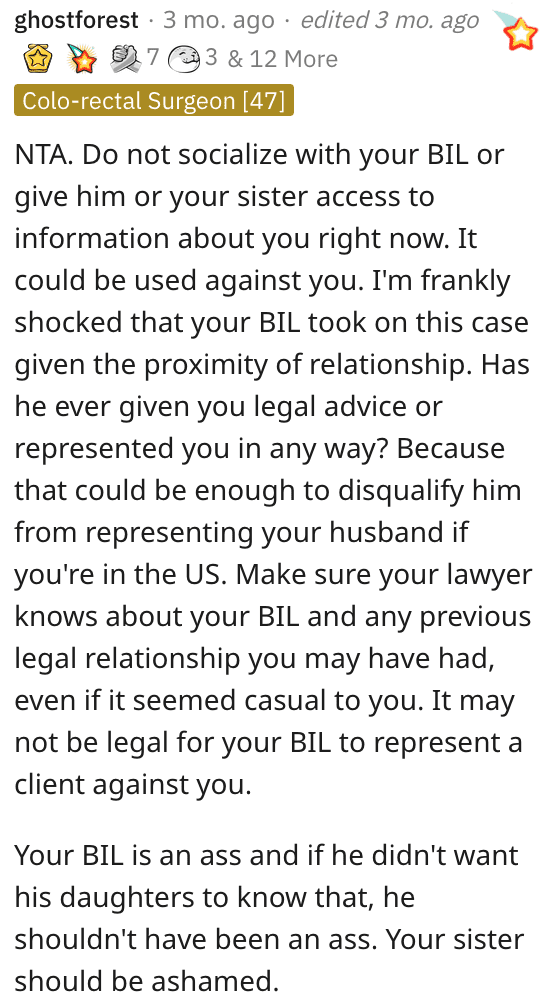 Another individual said the BIL was an idiot for taking her ex as a client. 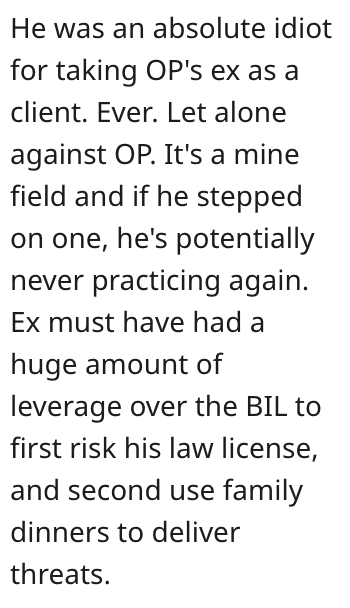 And this Reddit user said she’s NTA and they are appalled by the lack of consideration here. 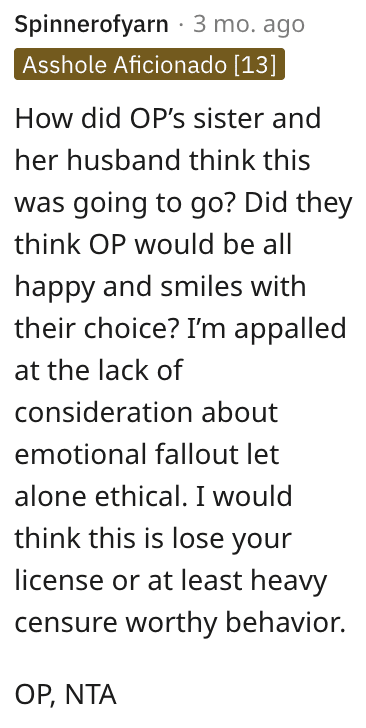