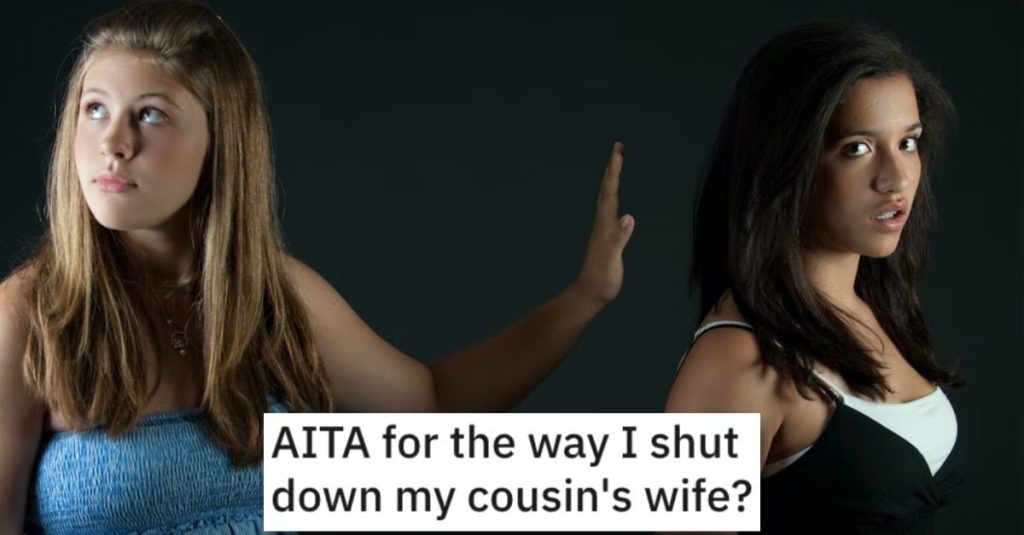 She Shut Down Her Cousins’ Wife. Did She Act Like a Jerk?

Have you ever SHUT SOMEONE DOWN?

When someone deserves it, of course…

So now it’s up to you to read this woman’s story and see if she acted like an a**hole when she shut down her cousin’s wife.

Take a look at her story below.

AITA for the way I shut down my cousin’s wife?

“I (26F) don’t remember how exactly, but when I was in my early teens, I found a great way to shut down rude people.

I was overweight in a family if skinny people, so whenever we all met, at least a couple people would tell me “oh, you put on some weight since we last saw you”. One day I just started replying with “that’s rude, don’t you think?”.

People got upset at first, but when my parents backed me up, they learned to leave me alone. Over the years I would reply with something along those lines whenever someone asks/says something they shouldn’t.

My cousin brought his wife to the family home (grandparents) for thanksgiving. This is the first time that we met (they live in another state, met and married during the pandemic).

We were talking around the table when it was brought up that I changed jobs. I left my father’s business for something that uses my degree. Everyone was congratulating me for finally having a foot in the door, and saying that I would have a great career.

Then my cousin’s wife, out of nowhere, says that I should have been more loyal to my father, that helping him is better and more fulfilling than chasing after a career in my field. So I told her “thank you for the unsolicited opinion on my life”.

Now that I had a couple days to think back on, I feel like an AH for ruining thanksgiving and making everyone feel awkward.

One person said she’s NTA and that this woman sounds judgmental and rude. 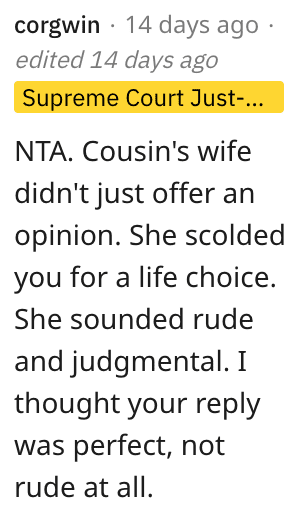 Another individual said she is NTA at all but this other woman sure is.

And this Reddit user brought a good question to consider… 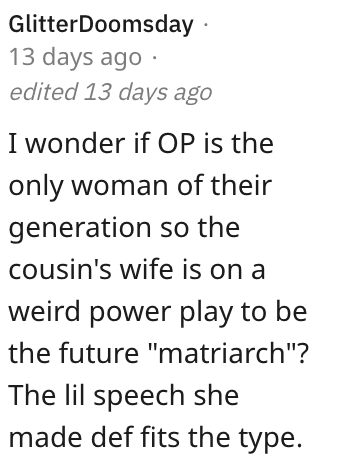