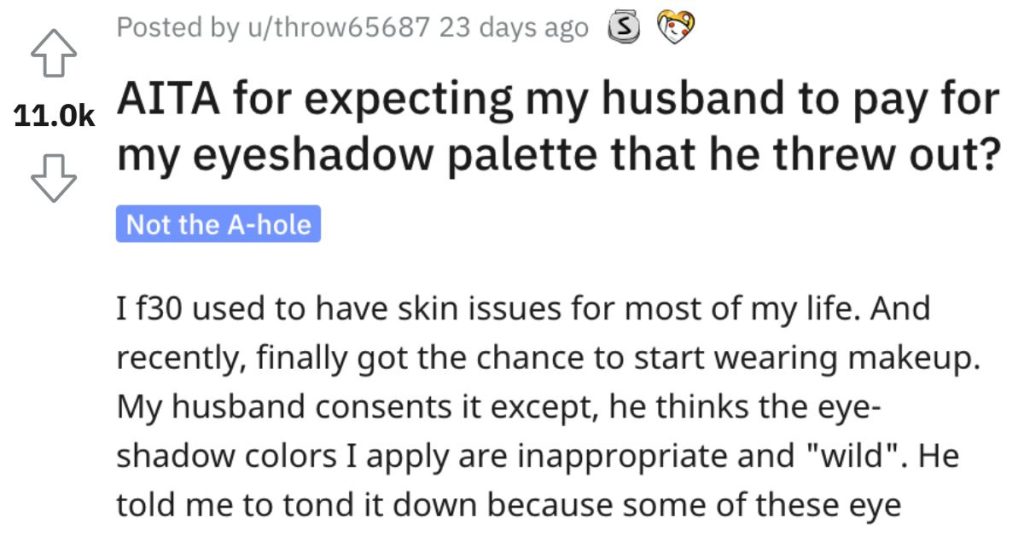 She Wants Her Husband to Pay Her Back for the Eyeshadow He Threw Out. Is She Wrong?

You break it, you buy it…

I don’t know why you’d purposely throw something out that your partner owned, but here we are…

Take a look at this story and we’ll see you in the comments.

AITA for expecting my husband to pay for my eyeshadow palette that he threw out?

“I f30 used to have skin issues for most of my life. And recently, finally got the chance to start wearing makeup. My husband consents it except, he thinks the eye-shadow colors I apply are inappropriate and “wild”.

He told me to tone it down because some of these eye shadows give strangers the wrong impression, in other words I’d look like a h00*er wearing them. I took his opinion under consideration but he still wasn’t happy. he asked that I use nude colors and give up the blue, purple, red and the light colors but I refused.

Yesterday I discovered he threw away all my 3 eye-shadow palette sets. his reasons was that I wore inappropriate colors when we visited his parents. I yelled at him saying he never should’ve touched them, he said he already gave me a warning about it and I shouldn’t act shocked. I told him this is ridiculous and that I expect him to pay me for every single palette he threw out. not just that but get the same shades/colors.

He said it wasn’t is fault I brushed him off and refused to listen when he said I was looking like a clown and was embarrassing him. Now this made me feel so offended. I refused to talk to him after that. He told me I was making a mountain out if mole hill and said I need to start thinking about using “colorless” shades that don’t pop up like the ones I used.

Am I wrong for going against what he wants and expecting him to pay or buy me the same color palettes?”

One reader said this woman is NTA and that this issue goes a lot deeper than some eyeshadow. 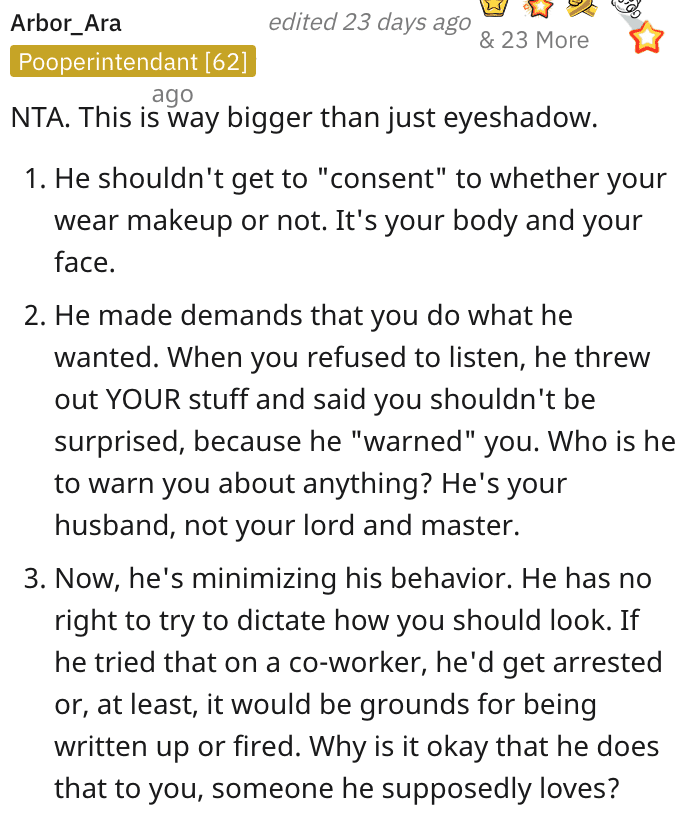 Another Reddit user agreed and said that her husband sounds very controlling. 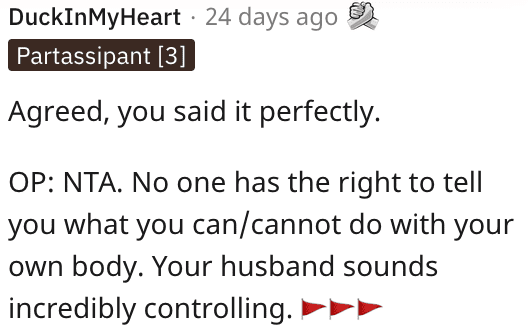 And this individual said that this guy sounds like really bad news. 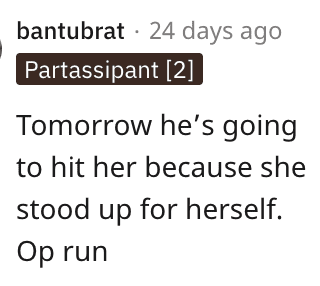