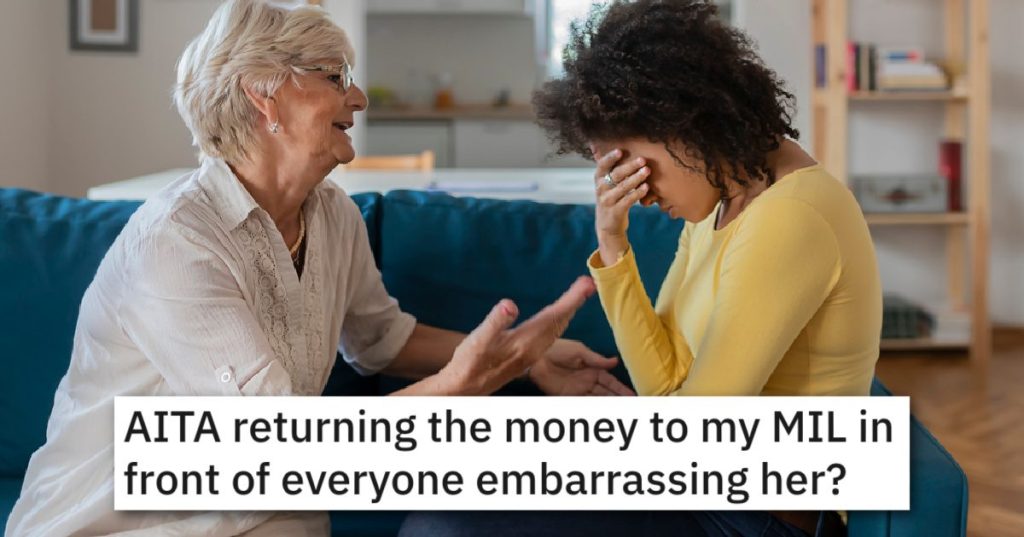 Should We Always Take The High Road With Our In-Laws?

It can be hard to take the high road in all kinds of situations, but when you’re dealing with family that is not your own – but who you’re supposed to do your best to get along with all the same – things can get tricky.

This woman has been with her fiancee for many years. They are just deciding to tie the knot but she doesn’t want any kind of traditional wedding.

Both sets of parents have contributed a percentage to the wedding fund that is proportionate to what they earn, and both OP and her husband are thankful.

Me (28F) and my fiancé (27M) are getting married in March. I come from an upper-class family and my fiancée is lower-middle-class (this is a delicate matter for his Family).

Despite me being able to pay all the costs of the wedding, my parents gave the equivalent of 70% of the value of the wedding as a gift, which would be around (30K – fictitious value) and, fortunately, my parents did not use this gift as a form of want to control everything at the party.

When my fiance’s parents learned that my parents had given this gift (my fiance and I didn’t mention it, my SIL “snitched on” them), they decided to give their gift as well and gave 3K, an amount for which I was very grateful to have received. And I deeply regret doing this, especially for my MIL.

The issue is that her mother-in-law has a problem with her not wanting a religious ceremony and refusing to wear white.

I don’t plan on having a “traditional” wedding party. My dress won’t be white (lilac), there will be no religious ceremony and it will be a party for only 30 guests and my fiance agrees and supports this. This bothers my MIL a lot, especially the dress not being white.

Over time, she gave up on imposing the idea of ​​a big party and not having a religious ceremony, but the dress is something she annoys me too much. And it continues even though I snapped on her or my fiance tells her to stop. Because of that, we are in LC with her.

Now that she has contributed money, she feels as if she has the right to have a say in things – and finally OP had enough.

She returned her mother-in-laws contribution and snapped at her in a room full of family.

Yesterday, it was my SIL’s birthday and I went with my husband, obviously my MIL was there. Not even 5 minutes after I stepped into the party, she started again with the idea of ​​me having to wear white because it’s an important tradition and it got to the point where she was talking to her sisters about how this new generation doesn’t respect traditions and that she was sorry/afraid of these new parties.

I had my limit when she spoke loud and clear that in her time, the bride and groom respected their parents’ opinions, even more so if they helped pay for the wedding.

I was very angry and said “Enough, I can’t take it, it’s not worth listening to other people’s shit for this money”. I had this money in my pocket and was going to deposit that same amount in the bank later, but I gave up and gave it to her in front of everyone. And I added that now she won’t say anything, because she’s not helping.

Her fiancee thinks she was right to return the money but thinks she could have done it in a more private setting (and his family agrees).

This generated a confusion of tremendous proportions, my fiancé’s entire family fighting on me, saying that I humiliated her in front of everyone and demeaned the amount they gave.

Well, I had to leave early so it wouldn’t get any worse. My fiancé understands why I did it but said it wasn’t my best moment and I could have done it in private and not in front of everyone.

What does Reddit think? Is OP crappy for doing it in public or did the mother-in-law get her just desserts?

The top comment is definitely on the side of “you get what you deserve.” 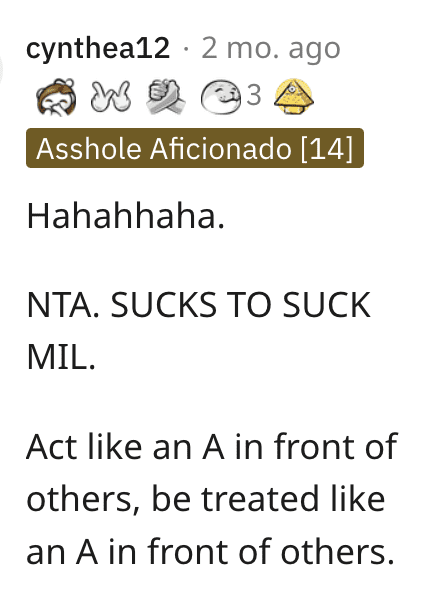 Some people just don’t know when to stop. 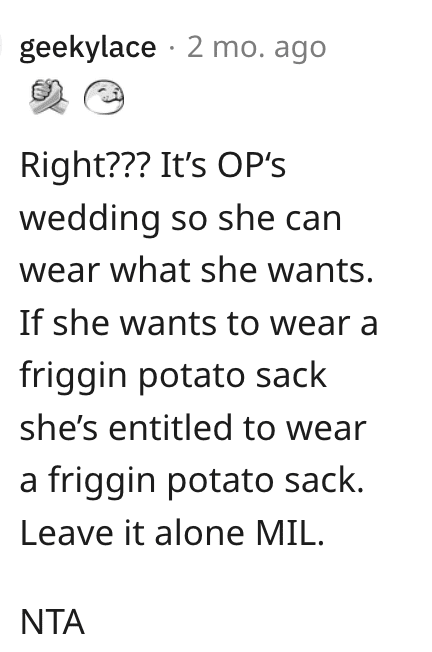 If you want bullying to stop… 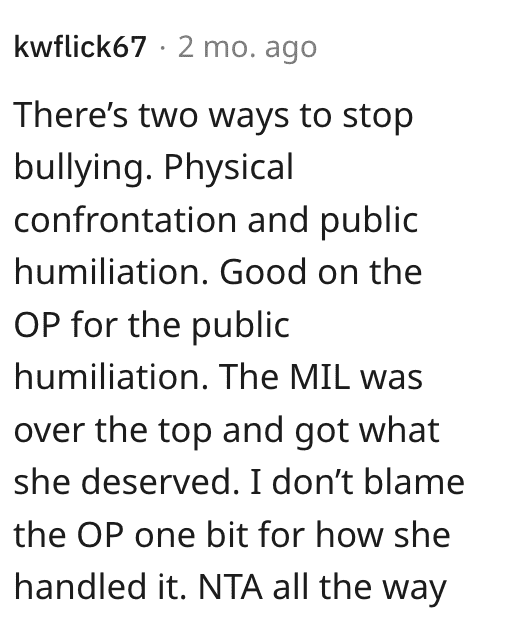 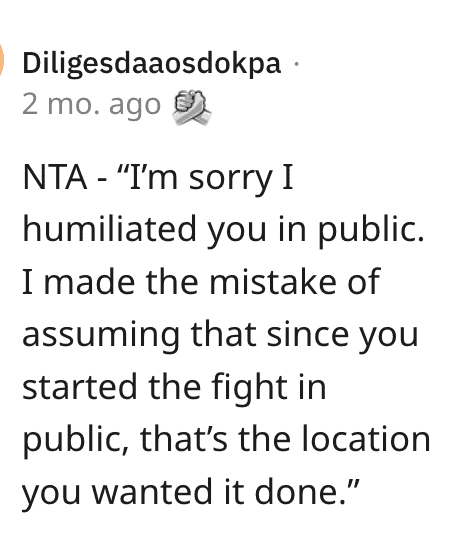 Y’all, I was sort of inclined to agree that private is best, but then again, the mother-in-law wasn’t making her comments private, right?

What do you think? Should she have been more considerate? Let us know your thoughts in the comments!