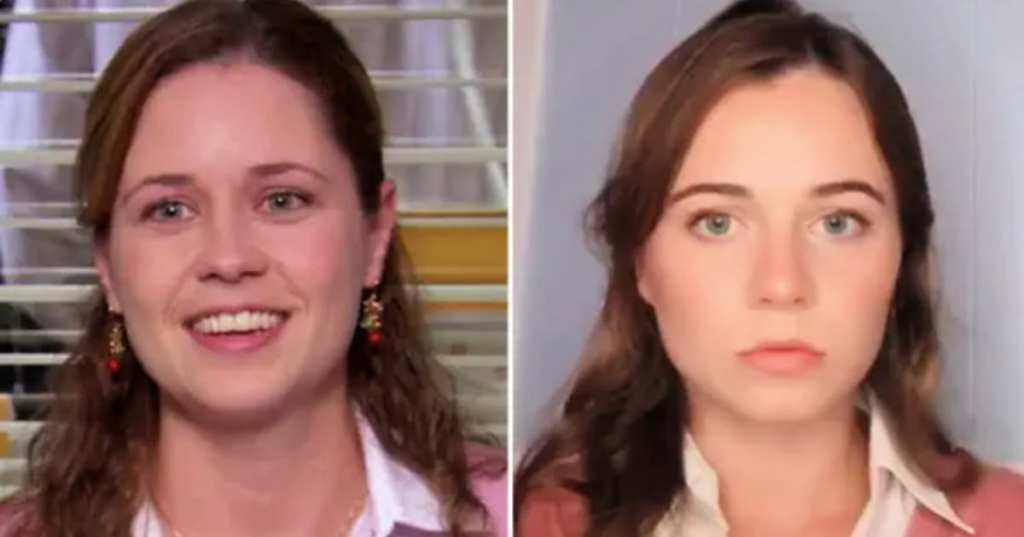 The Internet Has Found Pam Beesly’s Doppelganger But What Do We Do Now?

The Office is one of the greatest sitcoms ever (I don’t care who you are), and one of the reasons people love it so much is the romance between office manager Pam and sales rep Jim.

Which may be why people on TikTok have been so excited to realize that @livvy.lady not only looks exactly like Pam (aka Jenna Fischer), but that she can absolutely nail the facial expressions during lip-sync videos, too.

Reply to @giovanni1021 Dunder Mifflin, this is Pam

@livvy.lady (college senior Liv Arentsen) says she has never before been compared to Pam (or Jenna) in real life or on the internet, but once one person said it, things snowballed fairly quickly.

She told Buzzfeed News that her sister encouraged her to curl her hair to make the resemblance really pop, and the rest is obviously history.

“I asked one of my roommates to borrow her curling wand, and the next thing I knew, I had over 6 million views and 1.3 million likes on a video of me transforming into Pam. I went from having around 300 followers to tens of thousands overnight.”

All that’s left now is for her to find her Jim, and I don’t have to tell you that the internet is insanely here for that, real love connection or one that’s just for the cameras.

As if it could ever be just for the cameras. Pshaw.

What do you think? Is she a dead ringer? Is Jenna Fischer messing with all of us?

Tell me your conclusions in the comments, Sherlocks and Marples of the world!