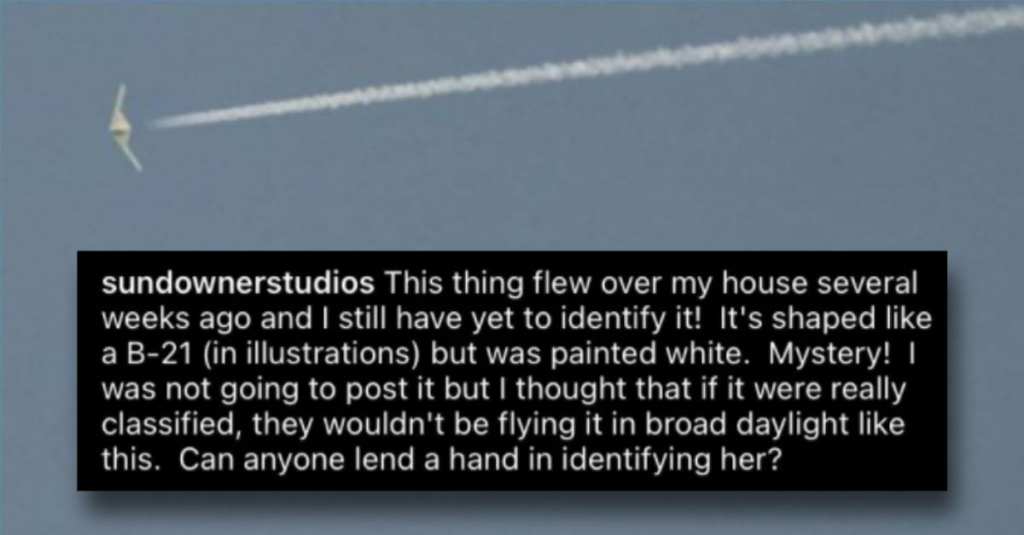 The Unidentified Plane the Air Force Refuses to Acknowledge Exists

The truth is out there, my friends. You know it, I know it, and whether or not the Air Force wants to admit it, they know it, too.

They just don’t want to admit it, which is why they refuse to acknowledge the unidentified plane that flew over California recently. 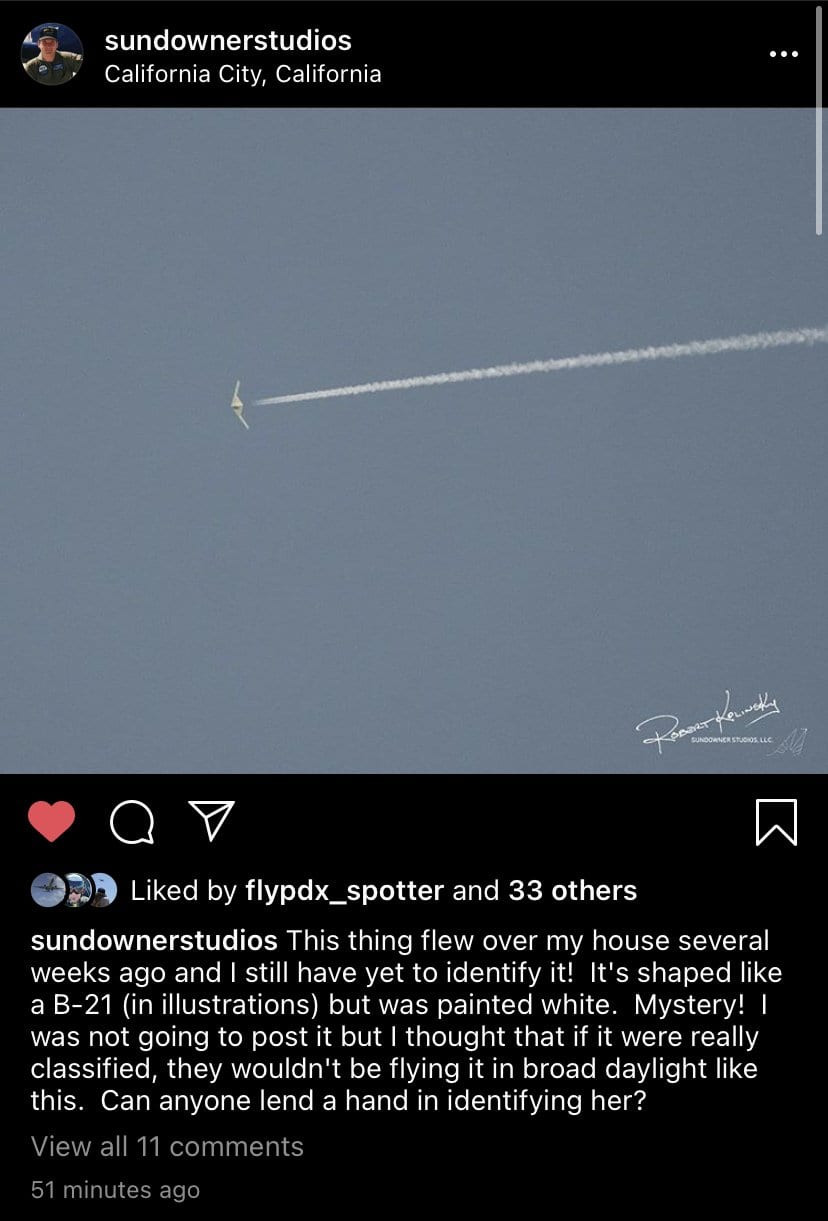 And fine, it’s probably not an alien craft. In fact, in the photo that appeared and quickly disappeared from Instagram, the object looks suspiciously like an Air Force spy drone called the RQ-180.

The image depicts a flying wing-shaped aircraft leaving a contrail behind, and was taken by an observer near the Military Operating Area at Edwards Air Force Base in CA. 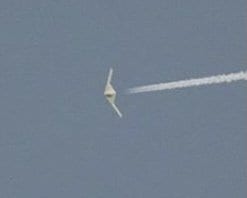 The photo, along with a magnified version, were taken down from Instagram. They were archived and reposted on Twitter with the caption “Until I dot the ‘I”s and cross the ‘T”s!! Then the picture will return!”

There is much discussion on what exactly the aircraft might be, with some armchair experts pointing out that it looks like the new B-21 Raider bomber, which is a strategic bomber under development by Northrop Grumman.

It’s set to replace the B-1B Lancer and B-2 Spirit stealth bombers, but won’t be ready to fly until 2022.

@TheDEWLine and I take a stab at likely design changes on B-21 v B-2 after @northropgrumman @usairforce release new rendition. https://t.co/goLEDbwj7H and here's our 1st version… pic.twitter.com/nVpojxN022

Aviation Week & Space Technology, who reported that the aircraft “was flying in a racetrack pattern at an estimated altitude of 20,000 feet, thinks it looks like the RQ-180 – a high-altitude, stealthy, uncrewed aerial vehicle operated by the Air Force.

The RQ-180 is a long-endurance drone designed to conduct intelligence, surveillance, and reconnaissance missions against foreign military targets. There are no specs, but people think it’s a twin-engine, unarmed craft that flies in a specific pattern designed to minimize radar return.

The Air Force has never publicly acknowledged the existence of the RQ-180, though in early 2020, they did begin to retire their current drones, the RQ-4 Global Hawk fleet.

They’re not saying a word about whatever was captured in that photo, either, so for now, mum’s the word.

It’s probably not aliens, though. Sadly.