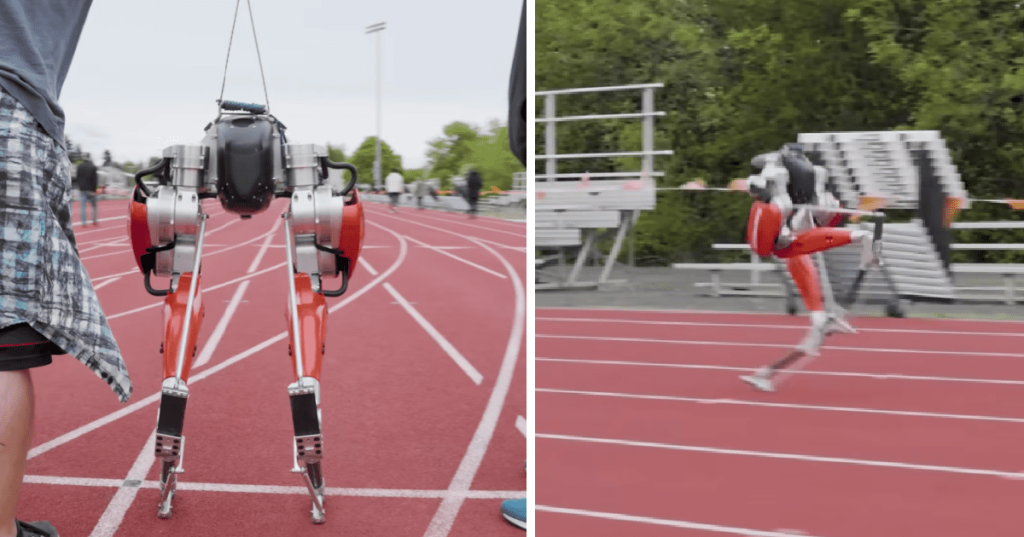 There’s A New Robot Record For The Hundred-Meter Sprint

I don’t know about you, but any and all advancements with artificial intelligence and/or robotics makes me at least a little bit nervous.

I’ve seen a lot of movies and read even more books, and in the stories where the computers become smarter and more capable than the human beings, things never work out that well for the latter.

Now there’s a new fastest robot in town, and it can run the 100-meter dash faster than any robot that has come before it. 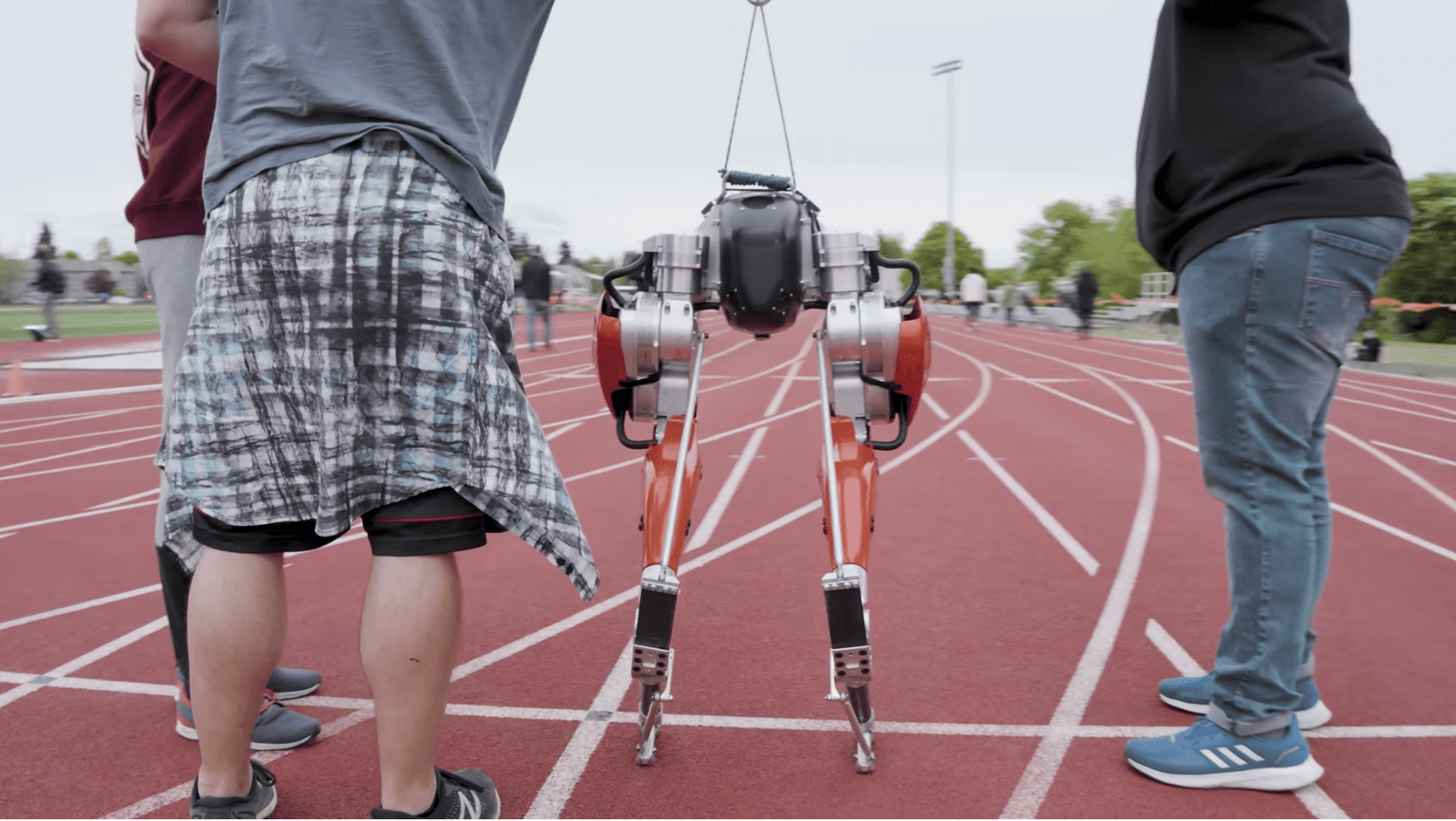 The bi-pedal robot in question was developed by the Oregon State University College of Engineering with a $1 million grant from Defense Advanced Research Projects Agency. “She” uses knees that are designed to bend like an ostrich and helped her achieve a new robot land speed record.

The robot went through the equivalent of a year of training in a running simulation environment in about a week, using a computer technique called parallelization.

Named “Cassie” by the engineers that created her, she was supposed to excel at running long distances and endurance races, but they got curious about just how fast she might be able to go – and the answer was running a 100-meter dash at 24.73 seconds, according to their statement. 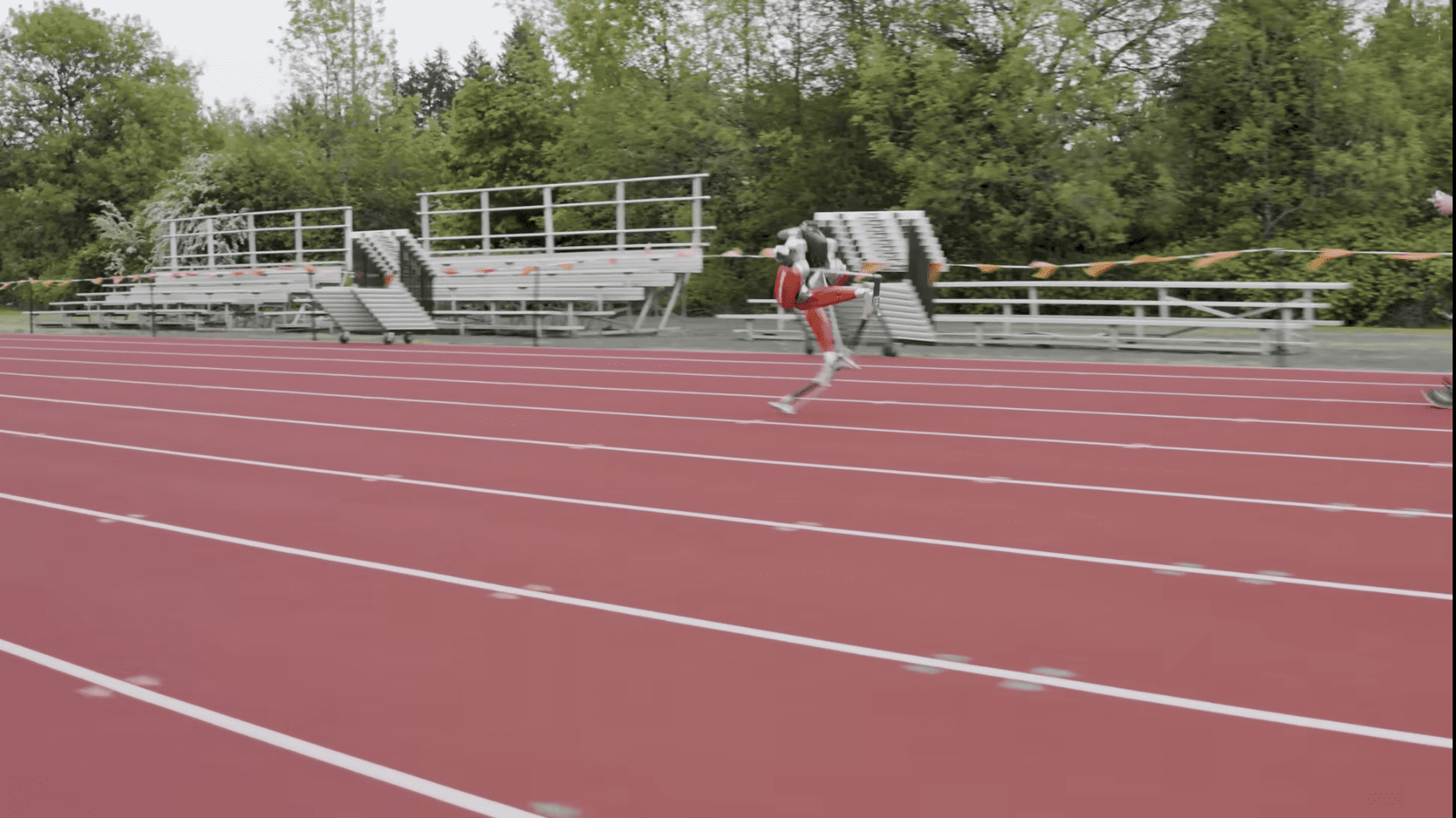 “Cassie can perform a spectrum of different gaits but as we specialized it for speed we began to wonder, which gaits are most efficient at each speed? This led to Cassie’s first optimized running gait and resulted in behavior that was strikingly similar to human biomechanics.”

She has no camera or external sensors that show it where its headed, and the team struggled a bit getting the robot to stop and start.

“Starting and stopping in a standing position are more difficult than the running part, similar to how taking off and landing are harder than actually flying a plane. This 100-meter result was achieved by a deep collaboration between mechanical hardware design and advanced artificial intelligence for the control of that hardware.”

The team worked around the problem by creating a second neural network that could make the robot stand still, then had control of the robot transition between the two during the sprint, sort of like a relay but the baton is control over your own legs.

Guinness awarded the robot the record, calling it a “concrete milestone in robot locomotion and real-world capability.”