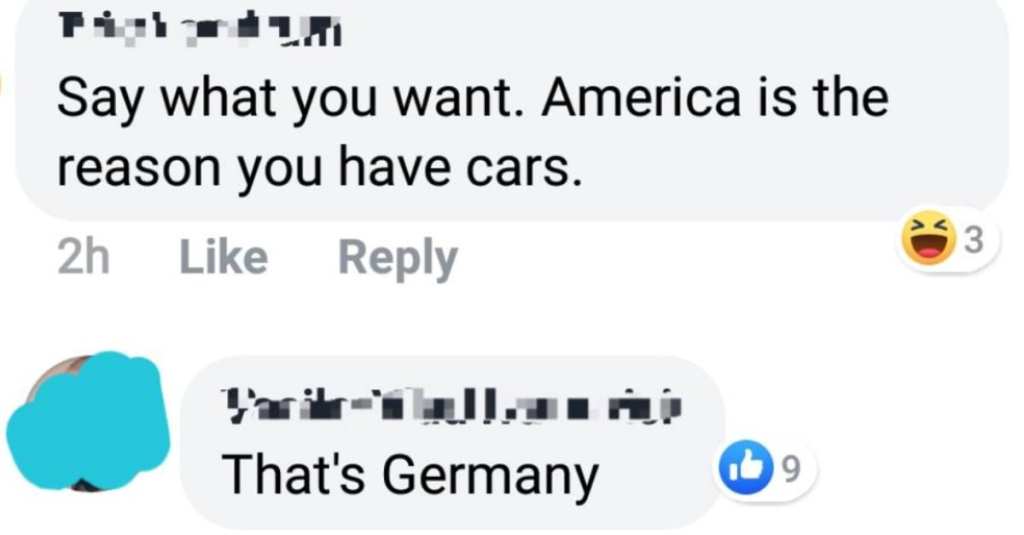 These Americans Aren’t Exactly the Sharpest Tools in the Shed

As an American, I’m well aware that some folks in other countries think we aren’t exactly smart.

In fact, some of them would go so far as to call us DUMB.

Well, see if they match up to these folks.

1. They must have thought you were…German…

On to your next case, Mr. Holmes!

People engaging me in German because I look German from ShitAmericansSay

2. We invented the Internet and you better not forget it.

And it’s gonna be ours forever!

You’re on the internet, which is American. from ShitAmericansSay

3. Probably should have done your research on this one.

Should ask them if Jews matter too from ShitAmericansSay

You’re not exactly up on current events, are you?

"You shoud put the U.S. for English" from ShitAmericansSay

6. This is way too complicated for some people.

Read up on a place before you go. You might learn something!

Why is munich spelled "münchen" on signs in germany? from ShitAmericansSay

I’m glad you got to the bottom of it and filled us all in. Thank you!

Are we acting like that’s not possible? from ShitAmericansSay

8. Pretty sure it’s been updated throughout the years.

“We will never rewrite the constitution” from ShitAmericansSay

And don’t you forget it!

“They started faking an accent” from ShitAmericansSay

10. Germany actually beat us to it.

Sorry to break the bad news to you.

America is the reason you have cars from ShitAmericansSay

11. Pretty much sums up our country right now.

This is not good.

Tell us all about it in the comments. Thanks in advance, fam!