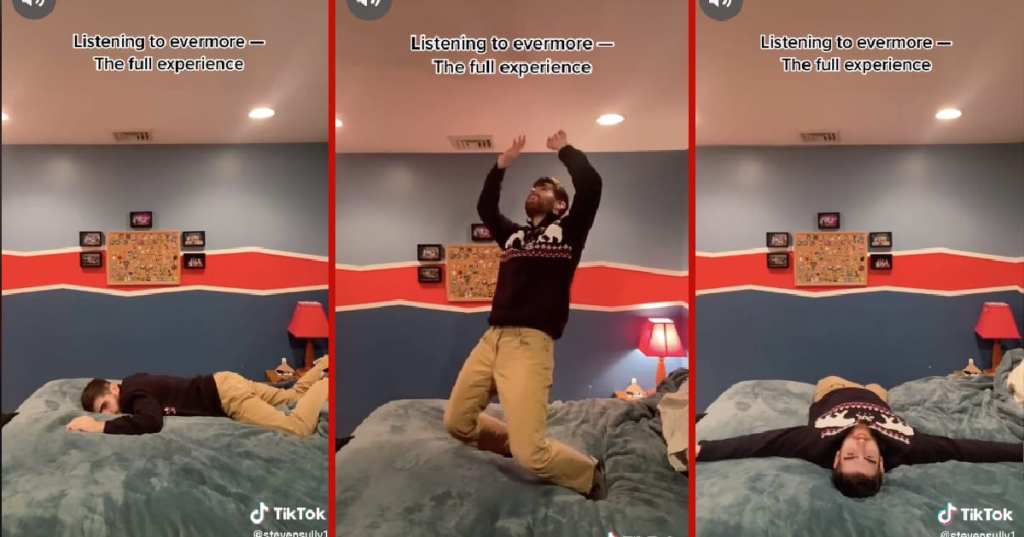 I also know we’re all counting down the days until she makes us feel all of the feelings again.

Until then, people are talking about “Evermore” online, about how it makes them feel and how many times they cried and how T Swift is putting us all to shame with how hard (and well) she works.

You’re going to love these funnies almost as much as the album.

I’ve watched it like 5x in a row, though.

pov: driving to my daily walk in the woods to listen to #evermore #taylorswift

19. Because we would have had to buy them all.

What choice would we have?

No I’m not ready and yes I have to prepare for Evermore. #taylorswift #folklore #evermore

15. It’s all about finding the right inspiration.

Do not try this at home.

Especially the blond ones.

I’m straight and I could use one.

Putting no body, no crime between tolerate it and happiness was cruel. #taylorswift #swiftie #swifttok #taylornation #evermore #ts9 #folklore #ts8

10. Are those fighting words?

♬ redbone but if it was a hard r – frank oceans son

9. Will there be a Taylor Swift soundtrack?

She knows what we need.

I’m only a little bit mad about it.

Such a good idea.

5. Sometimes there’s nothing else to do.

At least for Lourde.

taylor swift and haim – no body, no crime (2020) pic.twitter.com/fGJZnF6ClT

You always answer that call.

taylor swift jack antonoff
with a new and
song idea aaron dessner
at 2 am pic.twitter.com/gxOx0b6hN0

1. She is delighted by our feelings.

Maybe they are her sustenance.

me to taylor swift when she dropped two sad ass albums in span of 4 months #evermorealbum pic.twitter.com/YrO2WqPMmr

It really is a lot of feelings for the space of like, less than an hour.

What’s your favorite song off the new album? How does it stack up to “Folklore?”

Let’s hash it out in the comments.