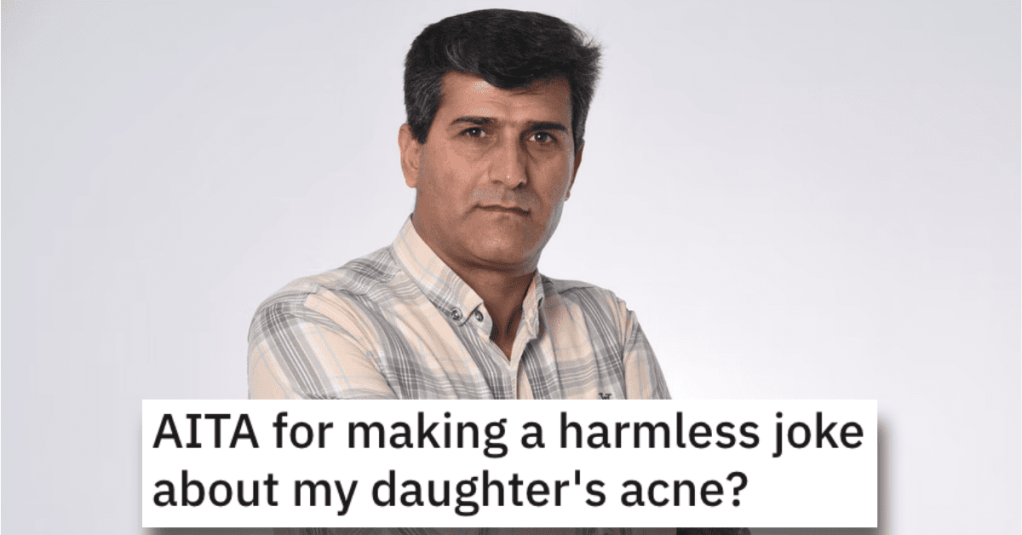 This Dad Made a Joke About His Daughter’s Acne. Was He Wrong?

You want a word of advice?

Don’t ever, ever joke about someone’s physical appearance or their acne.

And those are my words of wisdom for the day.

Check out this story from Reddit’s “Am I the A**hole?” page and see if you think this father went too far with a joke.

AITA for making a harmless joke about my daughter’s acne?

“This happened a few days ago. I (43M) have a daughter (16F) that is obviously going through puberty and just like any other teen, she is seeing a lot of changes in her body, most recently acne in her face and arms.

I try to be supportive of her and I have bought her special soaps and creams to help her control it although I haven’t seen much difference or I don’t think they really help that much.

Anyways, the other day at the dining table she was complaining to her mother and I about how the soaps I have bought haven’t been working on her and that she feels very uncomfortable, so she asked if we could take her to the dermatologist to help her with her acne. I then told her that she should just befriend the pimples since nothing she has been doing has helped and they just wanted to be a part of her, all in a very sarcastic tone.

I thought my daughter and wife would take it as it is, humor but they both got really mad at me, my daughter stormed to her bedroom and my wife started scolding me, telling me I was a bad father while also telling me to apologize to her since those comments can really affect her.

I told them I was just joking and that they should stop being party poopers and k**ling the mood. My daughter hasn’t talked to me since that day and my wife thinks I am a huge a**hole for what I did and only talks to me to tell me to apologize, so AITA for making a harmless joke?”

This person said this guy is definitely the a**hole and that puberty is hard enough as it is.

Another reader agreed and said these jokes are awful. 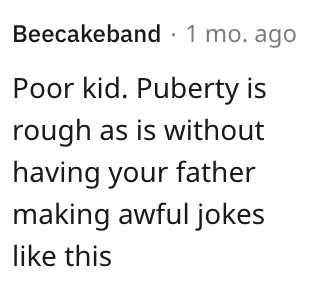 One individual said that people who have never had to deal with acne have no idea how painful it is to deal with.