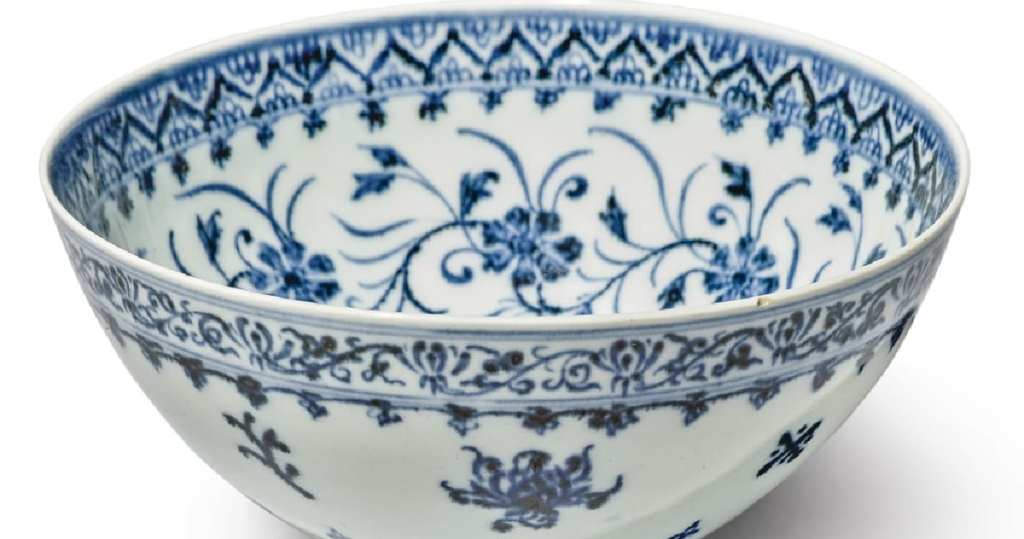 They say that one man’s trash is another man’s treasure – in fact, that’s really what the entire concept of garage sales is based on – but most of us can count on one hand (or one finger or less) how many times we’ve unearthed literal treasures in our neighbor’s garage.

Sometimes, though, people just don’t know the value of what they have.

Not that anyone expects to have an intact, ancient bowl somehow among their things. 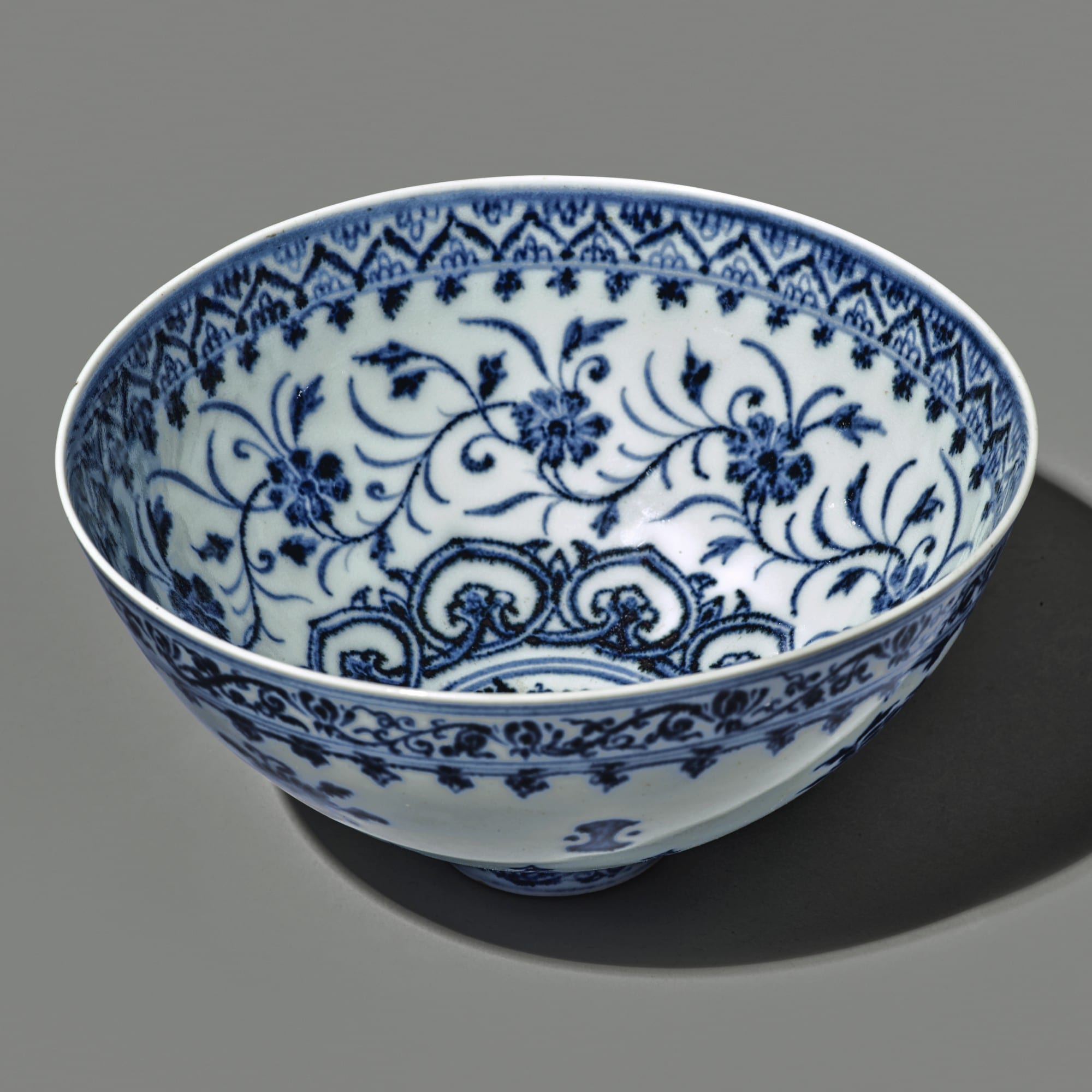 A man in Connecticut found exactly that in 2019, though, after grabbing a small, blue and white porcelain bowl with floral motifs at a New Haven yard sale (or is a tag sale up there?). He shelled out $35 for the bowl, but it looks like he’s going to get a whole lot more in return.

According to Sotheby’s, what he has is an antique from the Ming Dynasty, crafted during the early Yongle period – which is sometime in the 15th century.

The man himself thought, after looking more closely at the quality of the porcelain and glaze, that he might have found something special, but even he was surprised to find out how old it really was. The Yongle period was from 1403-1424 and is considered one of the finest times in Chinese history for porcelain production.

This bowl is small, around six inches in diameter, and was likely made for use in the ruling courts. Because the makers were likely experimenting with cobalt techniques at the time, the “lotus bowl” is nearly one of a kind. 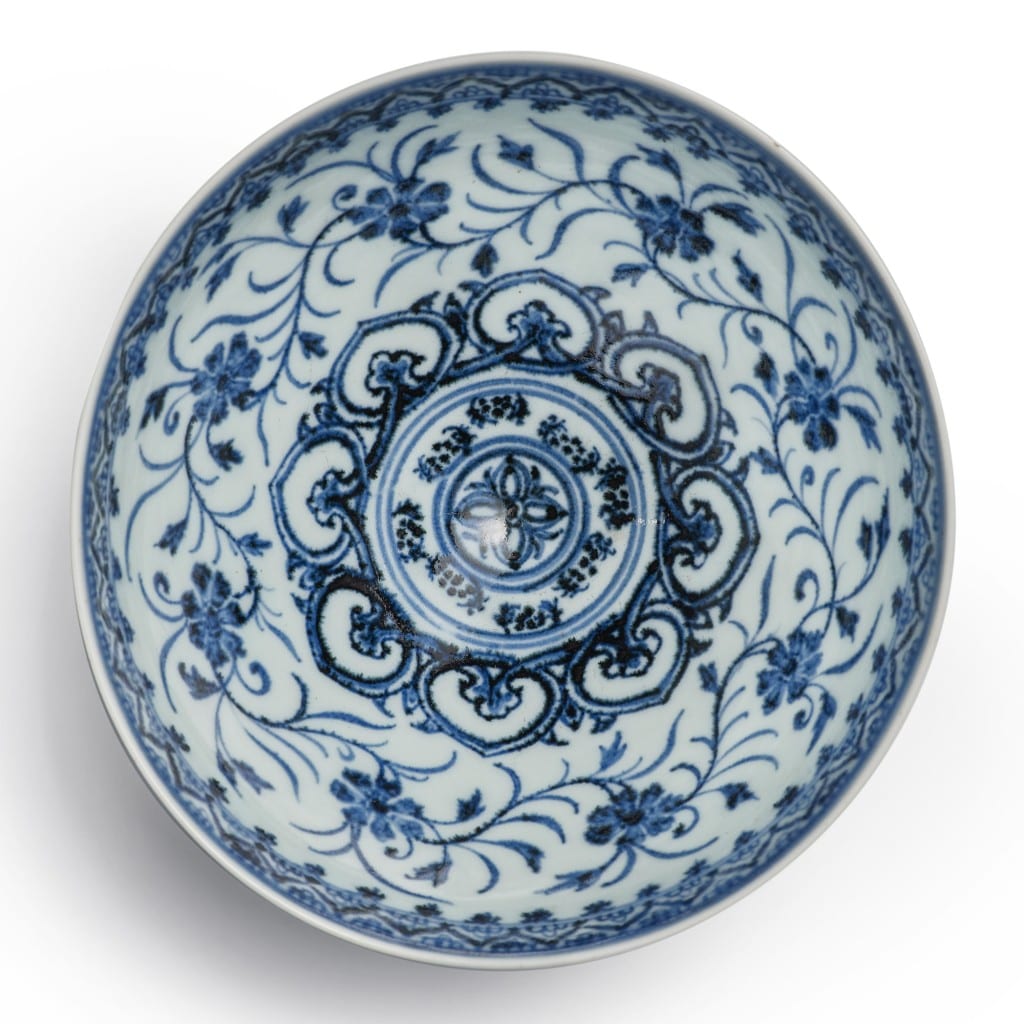 The porcelain of the Yongle period was traded all over the world, and has turned up in the Middle East and even in East Africa. Even so, it was typically the larger pieces that traveled, so something as small as this bowl usually stuck closer to home.

Even rarer was to find some in Europe, where the first pieces arrived in the 14th century. European manufacturers weren’t creating their own porcelain bowls and pitchers until the mid-18th century.

Which is all to say, no one knows how this little lotus bowl from 15th century China found its way to a Connecticut yard sale. Its companion pieces – just six – have been located in museum collections. 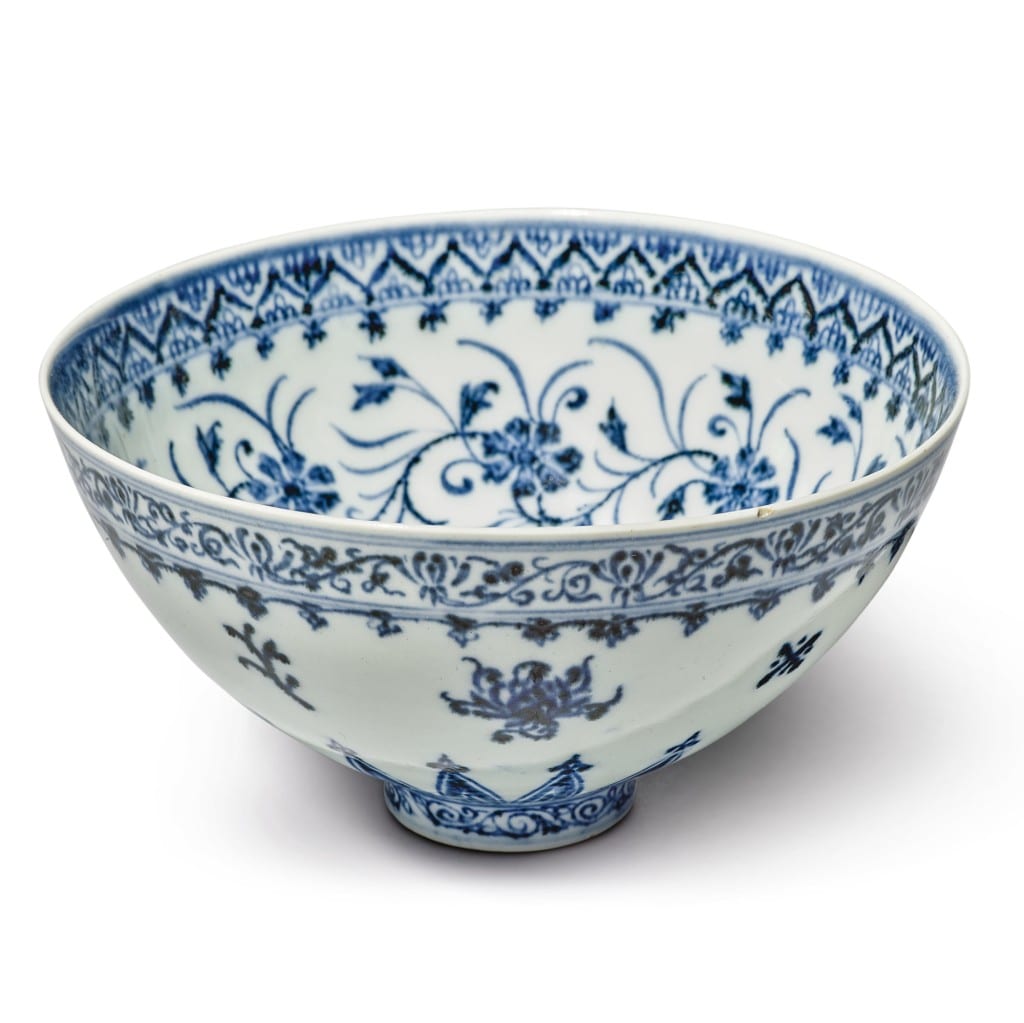 Sotheby’s head of the Chinese art department, Angela McAteer, has some advice if you’re planning to scour through the porcelain offerings at your own local garage sales.

“Look for an equilibrium and balance in the design… and assess the quality and the workmanship that has gone into it.”

Good luck out there, y’all, and happy hunting!