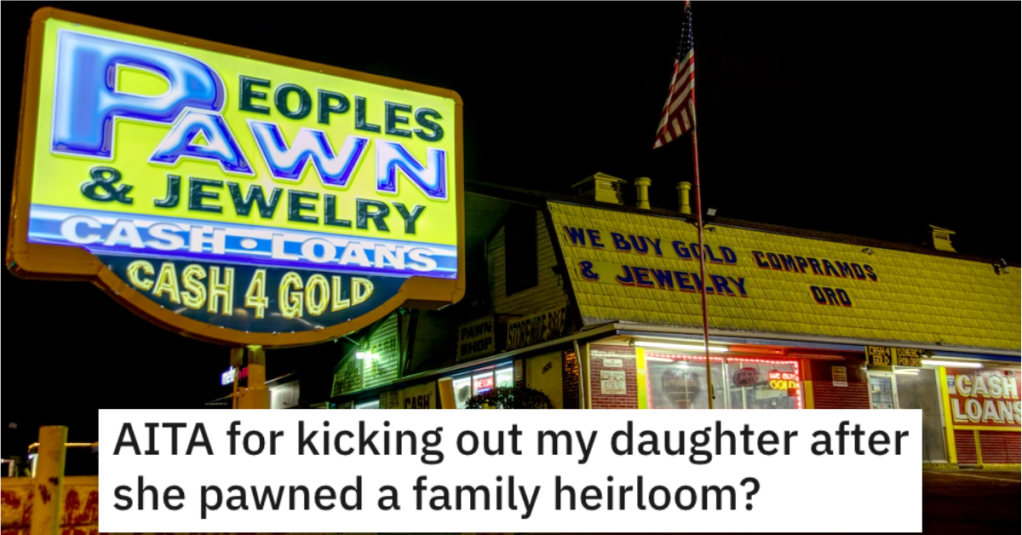 Family heirlooms are nothing to be messed with…

And sometimes people have to learn that lesson the hard way.

So is this mother wrong for kicking out one of her daughters after she pawned a family heirloom?

Take a look and see what you think.

AITA for kicking out my daughter after she pawned a family heirloom?

Their father, my husband, unfortunately passed away in a work accident 11 years ago. We were all devastated and it was a terrible shock.

We were able to get by with my parents helping out with the kids so that I could work. We’re doing much better now financially.

However I’ve been having a lot of problems with Lucy.

Not long after she turned 18 and finished school, she’s suddenly gone off the rails, is mingling with some very sketchy people and I don’t know what to do with her.

She’s gotten into heavy s**king c**arettes and weed, partying at every opportunity, getting drunk everyday and I suspect she’s been doing hard drugs. She’s started treating the house like a BnB and is very disrespectful to me and her sisters. I didn’t raise her to act like this and I’m at my wits’ end.

I’ve tried to get her into rehab and therapy but she just refuses to go and gets very angry when I bring it up.

Lucy stays with us rent-free. She works a job in retail and buys her own groceries but blows the rest of her income.

The last straw for me was something that happened 3 weeks ago.

Diane and Rosa have pieces of very expensive jewellery that they inherited from their dad’s mother after she passed away last year. The jewellery had been in the family for generations.

Whilst they were at school, their pieces of jewellery went missing from their rooms.

Diane and Rosa were incredibly upset when they noticed the jewellery was missing. I asked Lucy if she knew what happened to the jewellery. Lucy lied and said she didn’t know. I pressed the issue and pointed out that she went partying and spent loads of money, and Lucy eventually admitted that she stole the jewellery and pawned it.

Even though it was kind of obvious that it was Lucy, I was still shocked that she would do something like that.

I told Lucy that this is it, and that I’m kicking her out. I told her that she needs to be out in 3 days. I didn’t think it was fair on Diane and Rosa to keep someone like Lucy around when she keeps causing chaos and destruction in our home, and I was also worried about Diane and Rosa being influenced by her.

Lucy left the next day and went to go stay with my parents, who are saying I’m a horrible mother for kicking Lucy out and that I’m clearly playing favourites.

One reader said she needs to report this stuff as stolen. 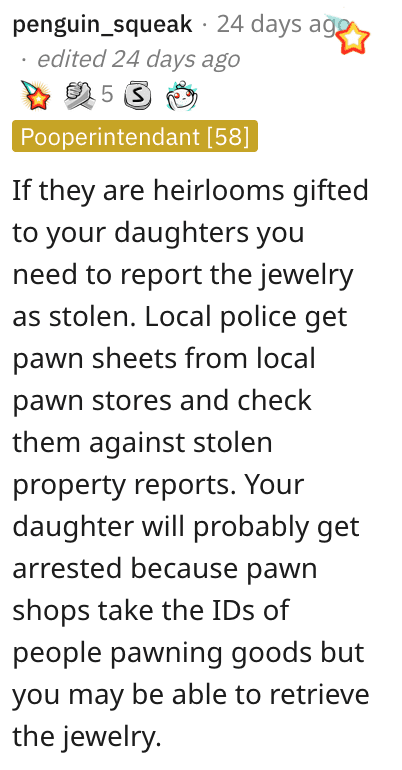 Another individual said she’s NTA and she needs to report the heirlooms as stolen so she doesn’t lose them. 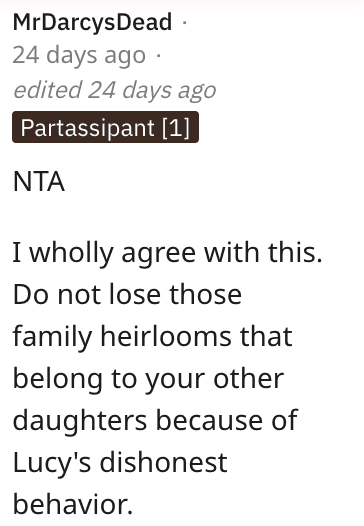 And this Reddit user also said she’s NTA and that her daughter Lucy needs to experience some consequences for her actions. 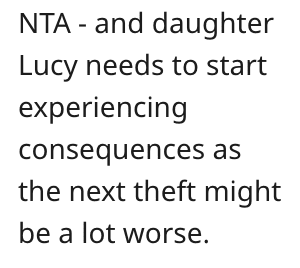