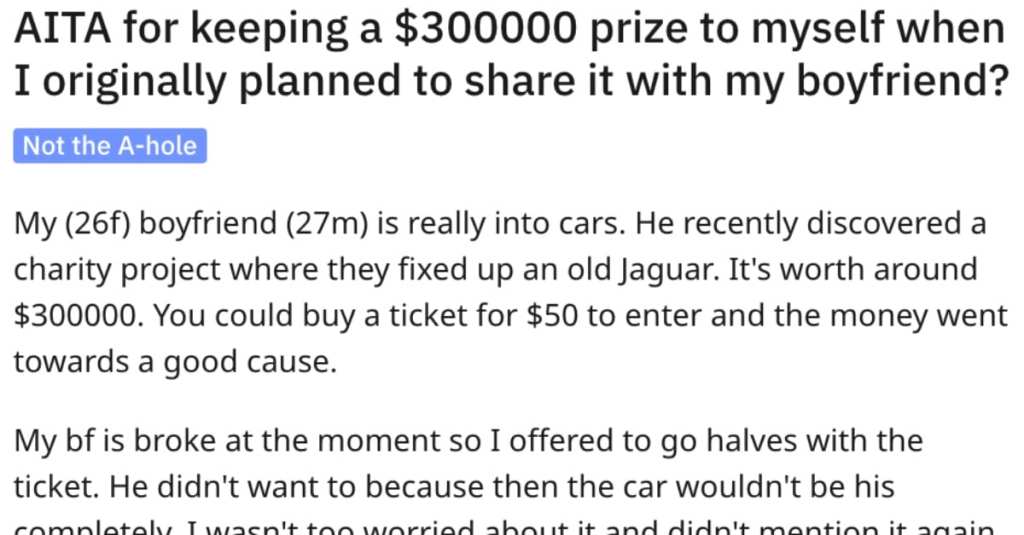 This Woman Kept a $300,000 Prize Instead of Sharing It With Her Boyfriend. Was She Wrong?

You know it and I know it: once money gets involved in relationships, things get complicated.

And that’s exactly what happened when a young woman came into some major cash and then had a dilemma with her boyfriend about it.

Let’s see what she had to say on Reddit’s “Am I the *sshole?” page?

AITA for keeping a $300,000 prize to myself when I originally planned to share it with my boyfriend?

He recently discovered a charity project where they fixed up an old Jaguar. It’s worth around $300000. You could buy a ticket for $50 to enter and the money went towards a good cause.

My bf is broke at the moment so I offered to go halves with the ticket. He didn’t want to because then the car wouldn’t be his completely. I wasn’t too worried about it and didn’t mention it again. I did however buy a ticket for myself.

Well, I won and as of August 1st will be the owner of the car. When my boyfriend found out he was really excited until I told him that I was going to sell it and put half of it in my savings and invest half of it. he said I can’t sell OUR car without consulting him. I told him it’s MY car and I can do whatever I want.

He now claims it was all a big misunderstanding and apparently he wanted to go halves but hasn’t got around to giving me the money yet. I call bs on it but he keeps saying that we’re a couple and we should make decisions together.

AITA for going ahead with the plan to sell the car and keep the money to myself?”

This person said that there was no misunderstanding here and that this woman needs to dump this dude.

Another reader commented that the boyfriend in this situation is trying to manipulate her and that she shouldn’t stand for it.

This reader commented that the guy obviously isn’t seeing the big picture here…and that he doesn’t really seem like a big prize, either. 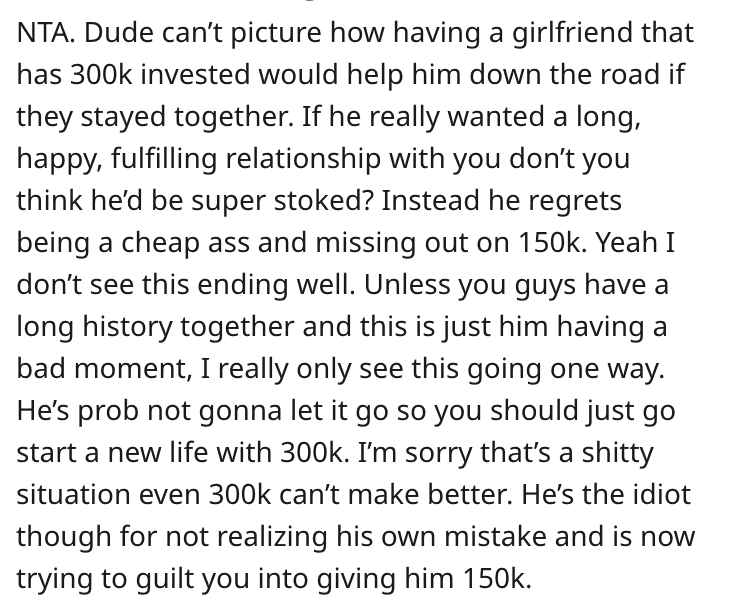 This Reddit user said that the guy has no claim to the winnings because he didn’t pay for the ticket. Period.

Finally, this person said that if the roles were reversed, you KNOW how this guy would be acting about it… 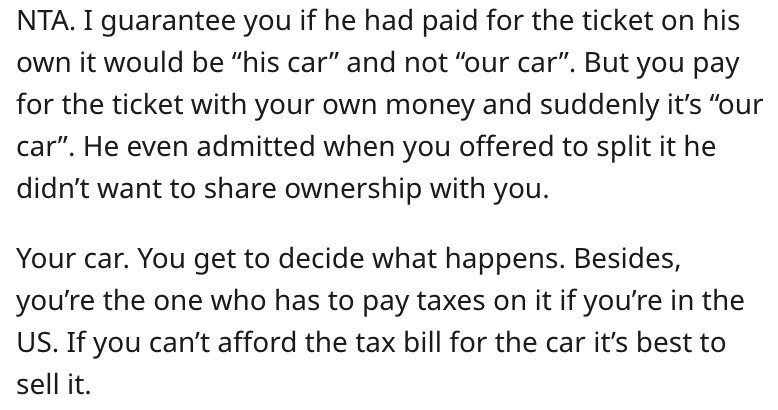 Do you think this woman was an *sshole in this situation?

Talk to us in the comments and let us know! Thanks!