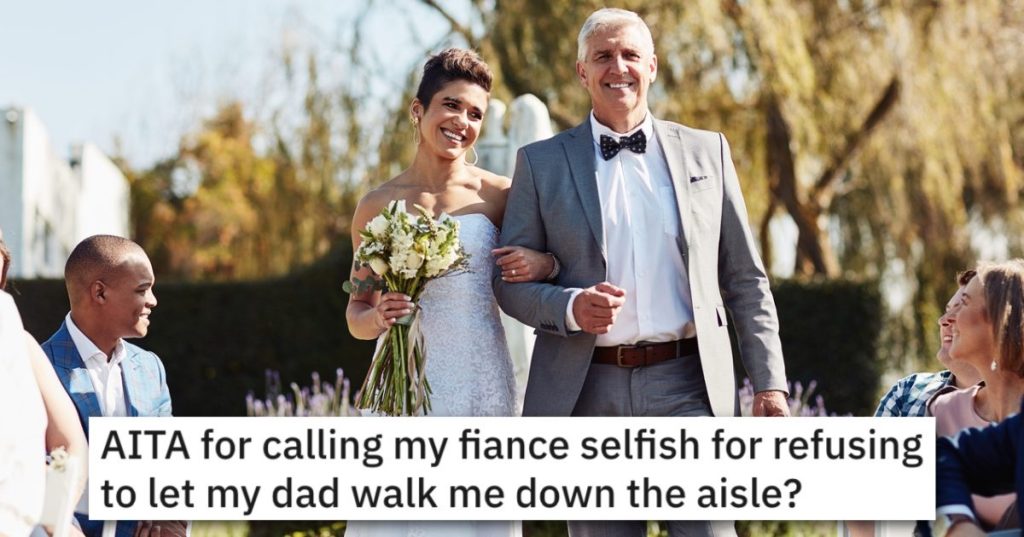 The older women get, the less likely they are to put up with crap from their romantic (or platonic, for that matter) partners, family, and friends. We learn as we go, and life experience is often, unfortunately, gained the hard way.

This young lady is engaged to a man who does not get along with her father, who she describes as a warm, loving, and supportive figure in her life.

If you’ve ever been in any type of abusive relationship, you probably stopped right there and raised the red flag – because if someone who loves you doesn’t get along with your significant other, it’s almost always time to stop and re-evaluate.

My fiance (26m) & I (23f) have been together for over 2 years. I don’t have a big family, just my dad and my older sister. My dad has always been a single parent devoting his life for me and my sister and working over 14+ jobs in the past 6 years to provide for us.

I love my dad and we have the best relationship anyone could hope for. However, my fiance does not get along with him. They have different opinions on so many things. For example, my fiance one time suggested to my dad to sell the truck he has because it’s been sitting there for years. My dad got offended because this is my grandfather’s truck and he has no monrg to get it fixed.

Another example, my fiance got mad at my dad at a party for talking about his struggle after my mom’s death and accused him of collecting symapthy points but dad said that he always talks about it casually.

Recently, her fiancee was upset that her father wasn’t able to contribute financially to their wedding.

After some thought, he told her that he didn’t want her father walking her down the aisle.

Their recent disagreement was when my dad refused to give my fiance money to contribute to the wedding. My fiance complained but I said that my dad isn’t obligated to pay for the wedding.

Yesterday. my fiance told me to look for “someone else” to walk me down the aisle and asked why. He said that my dad refused to help with the wedding and he should be grateful he’s still invited.

They got into an argument about it, because she wants that very much and is close to her father.

He put a guilt trip on her about how it’s both of their wedding and he wouldn’t be comfortable with her father there.

I got upset and argued that for one, my dad refused to contribute because he has no money, he can not offord to pay. And two, just like any bride I want my dad to walk me down the aisle on my wedding day.

He threw a fit saying that I was trying to ruin his mood and get him upset on our wedding day but I called him selfish for wabting to take away the moment I always dreamed of (sounds cliché but I’m like that) over his disagreements with dad. It’s not fair given the ,e and my dad are on great terms.

He yelled at me for calling him selfish although it’s our wedding not just mine and said that I clearly don’t give a hoot if he’s uncomfortable then walked out.

He’s fuming and is insisting I’m being innconsiderate and projecting on him when I called him selfish.

Reddit is about to show up for this young lady in a big way, I just know it.

The top commenter, as well as many others, recognize the red flags because they’ve seen them before in their own lives. 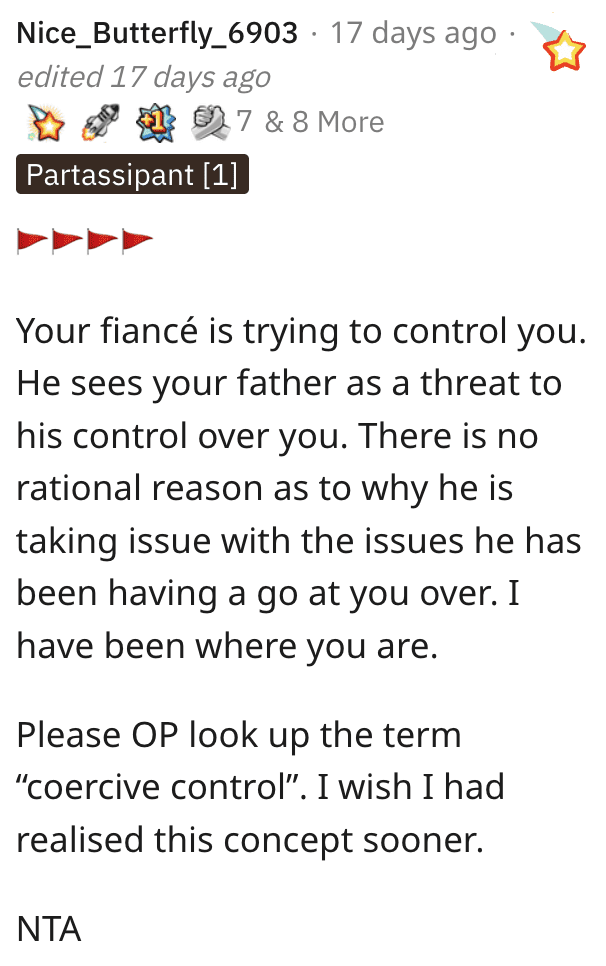 The rude comments he made regarding her father’s grief really stuck out to some as a reason to run. 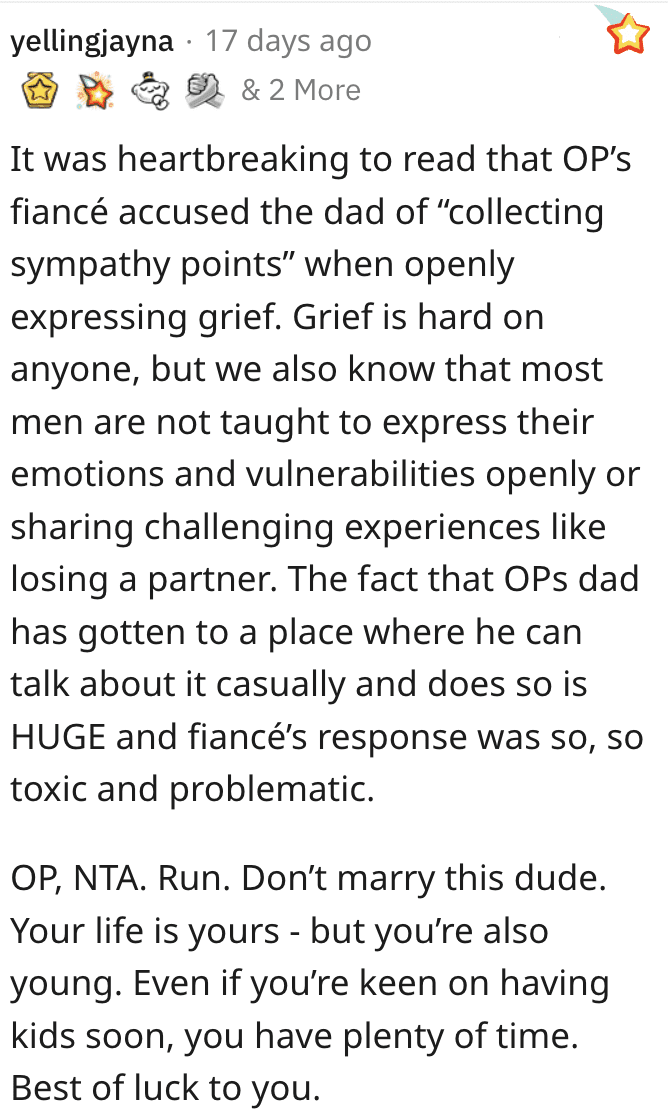 Way too many people who had been in her shoes weighed in, hoping she would learn from their mistakes. 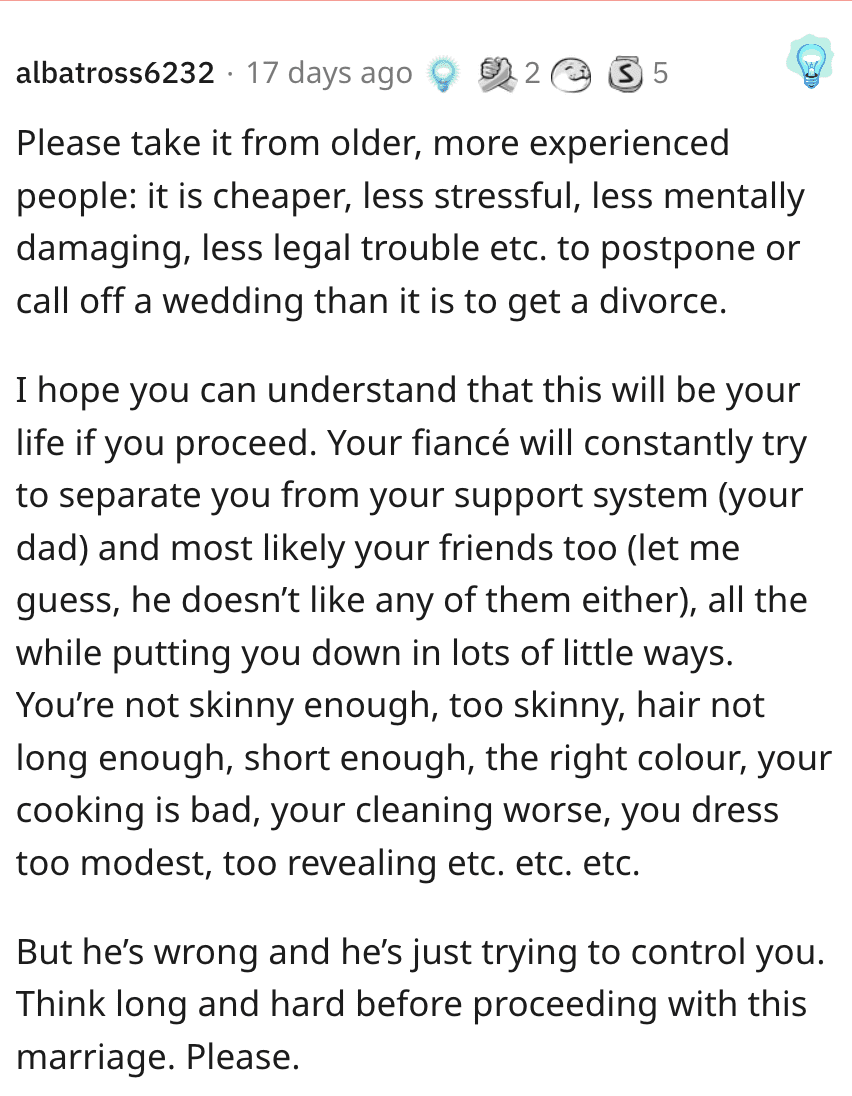 And no, they don’t see any alternative explanations. 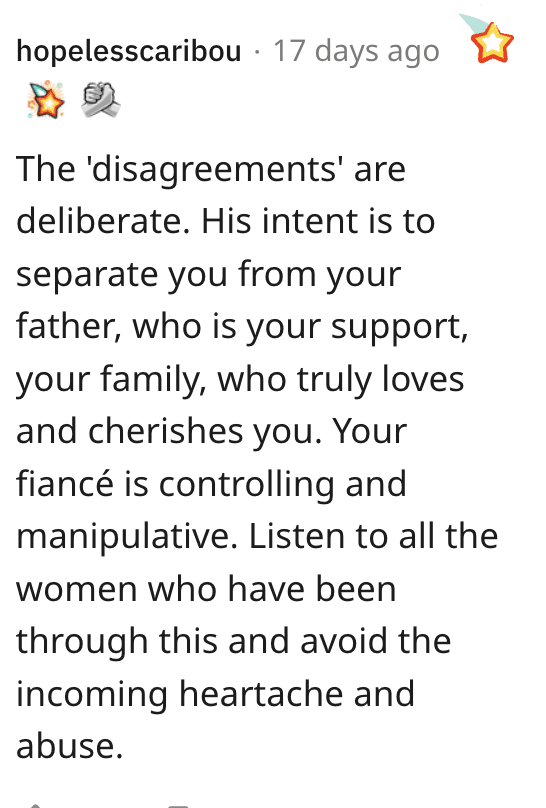 The massive onslaught of commenters are all urging OP to listen to her gut. 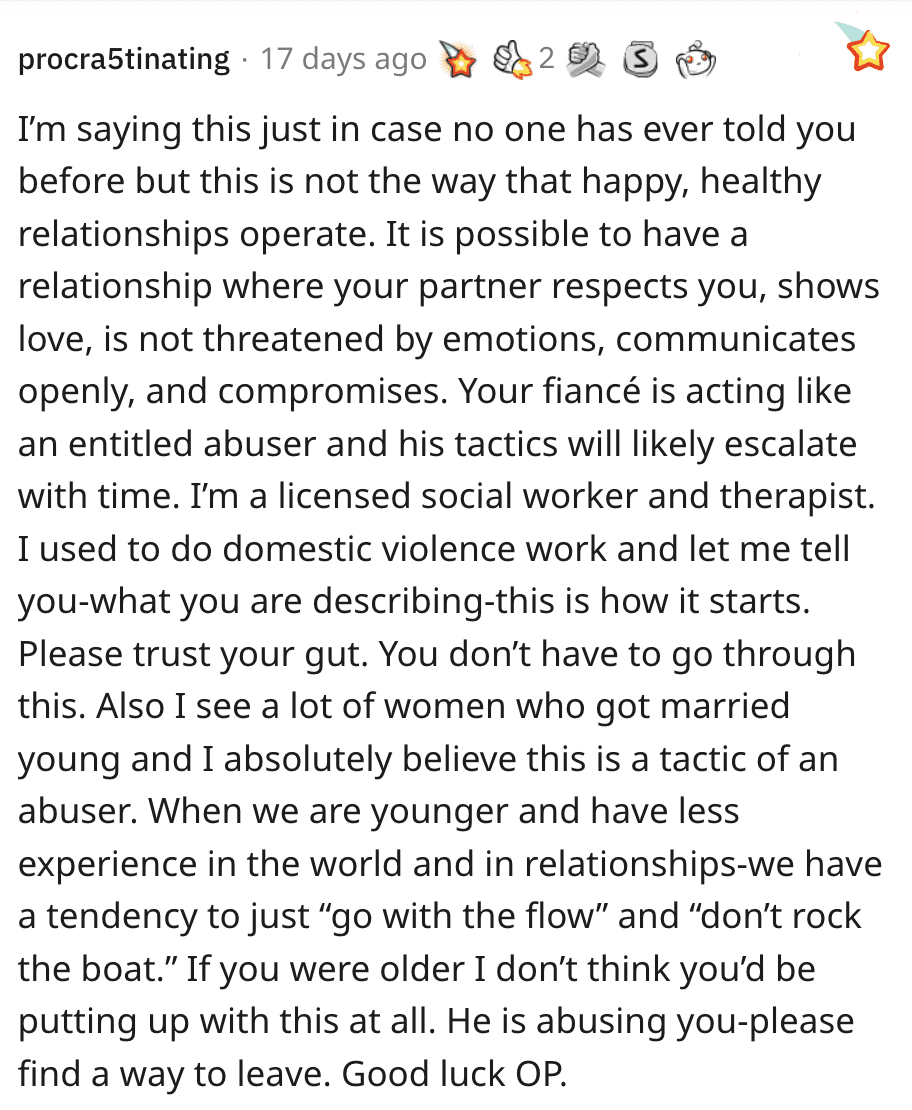 I, too, hope this young lady really thoughtfully read through these comments and used them to reconsider her relationship.

What advice would you give her? Do you agree about the red flags? Let’s talk about it in the comments!