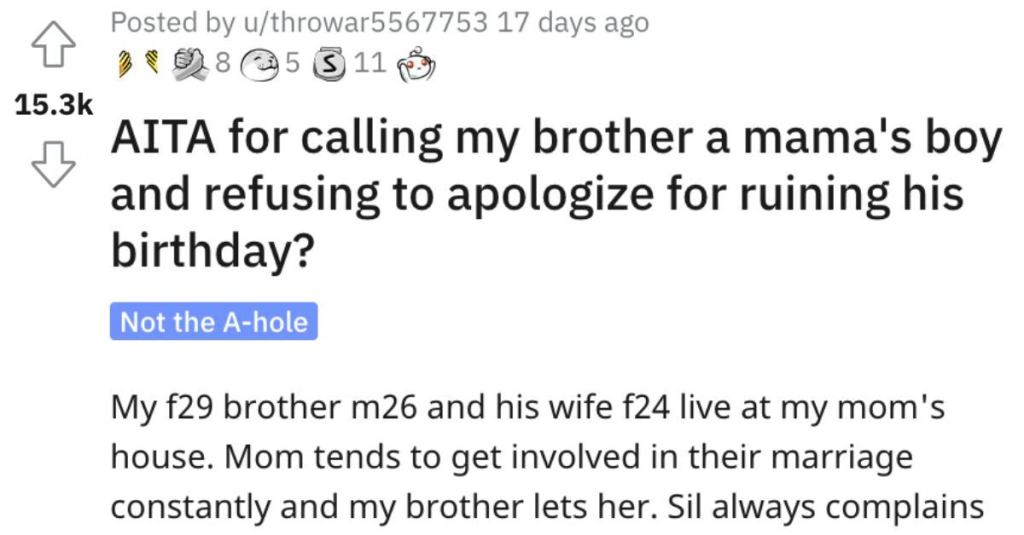 Was She Wrong for Calling Her Brother a “Mama’s Boy?” Here’s What People Said.

All I can say is, as someone who does love his mother very much, that’s not really something you want to hear.

And that brings us to today’s story from Reddit’s “Am I the A**hole?” page.

Let’s see what went down!

AITA for calling my brother a mama’s boy and refusing to apologize for ruining his birthday?

“My f29 brother m26 and his wife f24 live at my mom’s house. Mom tends to get involved in their marriage constantly and my brother lets her. Sil always complains about mom steamrolling her decisions and violating her privacy.

When Sil got pregnant mom got worse, she went out a brought a whole nursery and put it in her room despite Sil having one in her room. Their most recent conflict is about mom pushing to be in the delivery room and Sil saying no, my brother not only is siding with mom but he’s making promises to her to keep her happy.

Last week we were gathered at mom’s house for my brother’s birthday, his friends came and asked why Sil wasn’t at dinner table. My brother nonchalantly said that she was just being a princess, acting spoiled and immature over everything. I was shocked and hurt on her behalf, so I responded “actually…she’s probably just upset now that she’s realized that you’re a grade a mama’s boy ready to do whatever mom says while ignoring your wife’s wishes”.

Brief silence while his friends stared, he started arguing about how disrespectful I was, he told my husband to say something and my husband just said ” don’t mind me…I’m just a bystander–sitter”. Dinner got awkward and my brothers friends left early. He went off on me saying I embarrassed him before friends and ruined his birthday dinner. I decided to go home cause he kept yelling. Mom then called demanding I apologize for the rude things I said at dinner but I refused.

This reader said this woman is NTA and that someone should be standing up for the sister-in-law. 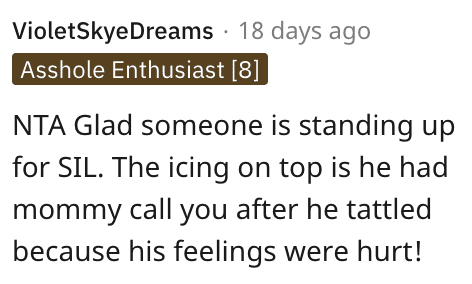 Another Redditor offered up some other things that she might want to do in the future. 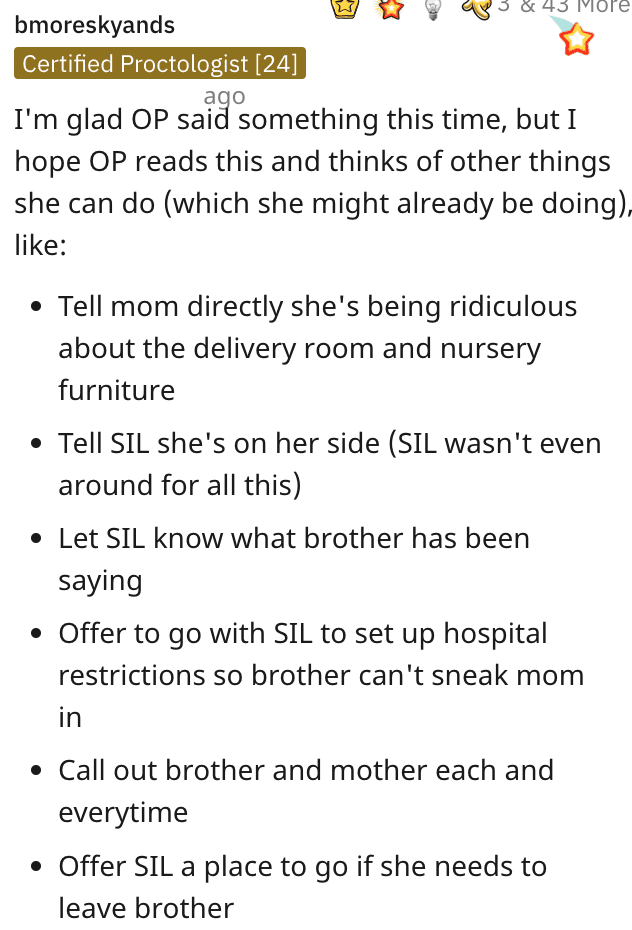 And this reader said that the mother-in-law doesn’t need to be in the delivery room and that she did the right thing by standing up for her SIL. 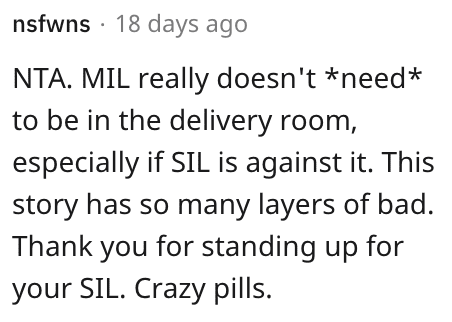