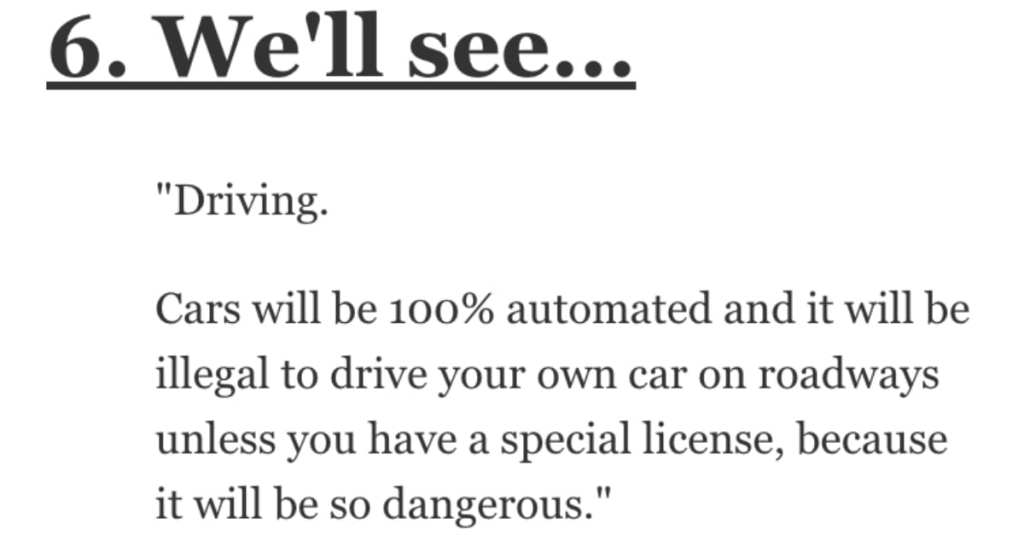 What Are People Going to Be Nostalgic for in 40 Years? Here’s What People Had to Say.

After the crazy year that we all just lived through, I’m really hoping that humanity and society are only headed in an upward trajectory, but I guess you never really know, right?

So, what will people be nostalgic for four decades from now?

“Physical media so you don’t have to micropay for every movie you feel like watching.

When the DVDs and Blu-Rays are no longer in the stores, there will be no reason for streaming services to charge a flat rate.”

Lord of the Rings, The Matrix, many of the Cristopher Nolan movies.

I’m convinced these newer classics will be enjoyed for decades to come.”

3. Coming faster than we think?

It is coming faster than we think.”

“The golden days before covid-25 when you just had to wear a mask instead of a full Hazmat suit.”

Cars will be 100% automated and it will be illegal to drive your own car on roadways unless you have a special license, because it will be so dangerous.”

There will be amusement parks where you can drive a car all by yourself.

Nothing would be private. No one would be able to run away, go rogue. You’ll be traced everywhere by cameras, by sensors, by people.

“Corporations will look back fondly on the days when they do whatever with little to no consequences, besides financial

Targeted advertisements and content is in it’s infancy now, 20 years from now it will be a grown up. Picture Minority Report, where ads are calling your name as you walk down the street.”

“The days when we could go to huge concerts and walk around without masks.”

I’m not talking about those crazy luxurious ones, but as a German car lover I noticed many of those V8 Benz, BMW, Audi swap out for V6 turbos.

“Learning how to drive.

I saw an ad for a self-driving car service that worked kinda like Uber, from what I can tell.

Eventually everyone’s gonna have self-driving cars and learning to do it yourself will probably the present-day equivalent of learning to ride a horse-drawn carriage.”

They were already slowly being replaced by self checkouts, and now covid has put a rush on it.”

I have little faith that we won’t destroy the world. Looking at the old onesies from our kids pajamas that we packed in a box showing safari animals will become as extinct as dinosaurs.

Have you thought about what you might be nostalgic for 40 years from now?

If so, please fill us in in the comments.