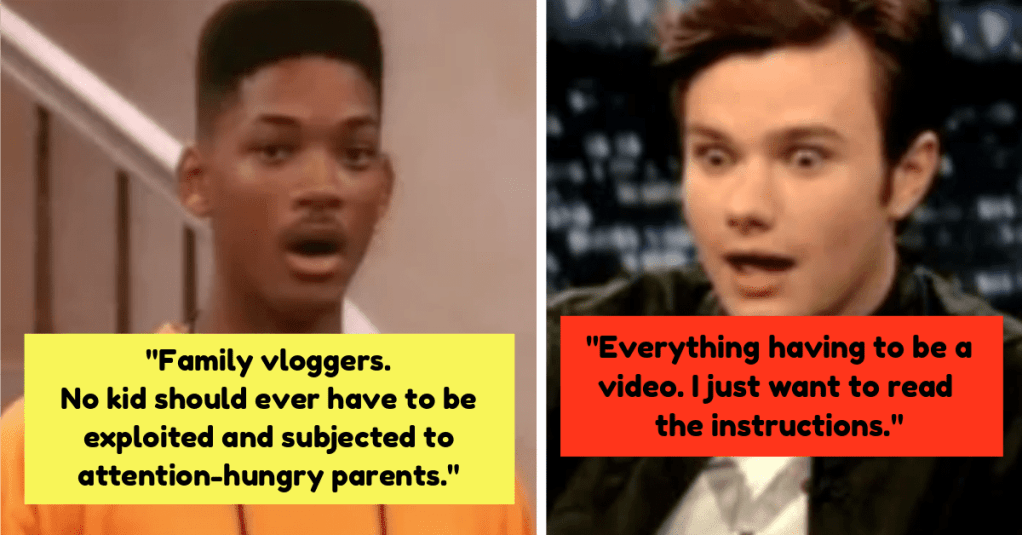 What Current Trends Do You Want to Go Away? People Responded.

I’m not trying to offend anyone here, but I do not understand how those atrocious, high-waisted “mom jeans” from the 1980s and 1990s are popular again with young people.

But that’s just me…

What current trends do you want to see go away?

“Everything being a video. I just want to read the instructions.

I process s**t better that way.

Why do I have to watch a video on how to do X, Y, Z or search through pages of Google for a bullet point list?”

No kid should ever have to be exploited and subjected to attention-hungry parents like that.”

“Filming everything to put online.

Especially when people film strangers. Or their door bell footage. It’s so strange! Why is it a normal thing now?!

“Thinking that mental illness is quirky and cute.

“TikTok losers trying to get famous by destroying shelves in stores or by launching sodas across supermarkets.

All you are doing is making a minimum wage employee’s life miserable.

These “pranksters” are the lowest form of pond scum there is.”

“The expectation to have a stance on absolutely everything.

I can’t help it if I’m not passionate about certain things….and I’ll be judged either way, so I choose indifference.”

Specifically, rebooting or creating a movie/tv show based on existing IP and expecting the audience to overlook poor writing and pacing because of surface-level changes (e.g., gender/race swaps or updated/modernized characters designed to appeal to a younger audience).

To be sure, changes like these are not necessarily bad in themselves, but they are not a substitute for good storytelling.”

“Girls’ clothes either being cropped or baggy. I just can’t fit into anything properly. I’m not small enough to be in the normal sizes and I’m not big enough for the plus size range.

I’ve just given in to the baggy shirts because I’d rather look like a box than have my stomach exposed.”

People make cash offers to buy fixer uppers at reasonable prices that first time home owners would love to buy, but have to borrow, so the cash offer is preferred.

Then the flippers spend $50k to fix the houses up and sell them for $100k more, putting them much more out of range of first time home owners. This drives up the housing market and makes it difficult to get people off renting and into home ownership.

The cheapest fixer upper houses in my area are half a million dollars. I do not live in a huge city. My parents live across the street from a cow pasture and their small old house is worth 600k.”

People who’re rabidly against things they don’t understand but think they’re too smart for.”

“The broccoli haircut on dudes.

“Influencer culture… I don’t have kids of my own but I’ve seen the effect they have on them.

These “influencers” are nothing more than children who never grew up and think screaming, yelling, overreacting, and swearing somehow makes them entertaining. And to kids it does.. but kids also are sadly influenced by them and mimic their behavior.

It amazes me that society seems to be for the most part entirely okay with the concept. It’s the modern era of letting the tv raise your kids but now it’s random adults on YouTube who never grew up doing it.”