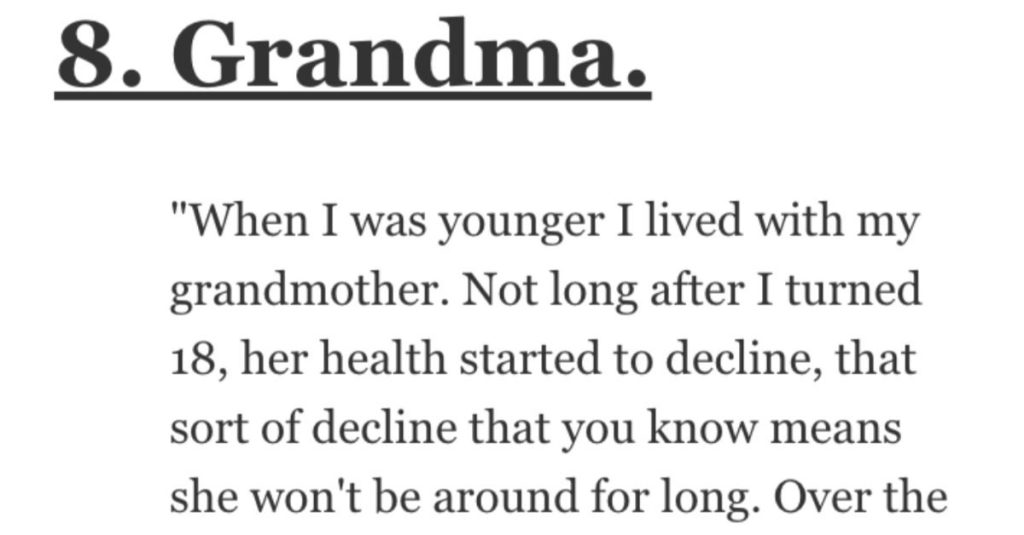 What Dark Secret Are You Hiding? People Shared Their Stories.

Are you ready to get scandalous today?

Well, I sure hope you are, because today we’re going to hear from AskReddit users about the dark secrets they’ve been keeping bottled up inside.

Read on to see what they had to say.

“Last Christmas I learned my sister and I don’t have the same father and are technically half sisters.

My sister’s biological father tried to start a relationship with my mom that resulted in a pregnancy and ultimately didn’t work out. That biological father is dead now but I didn’t probe any further about his identity or how he died in case it was something traumatic for my mom to remember.

So she raised my sister as a single mother at my Grandmas house in the 80s, then she met my father and they started dating and it worked out because they got married in the ’90s, moved into a new house, and a short time after that I was born.

She told me never call my sister my half sister and just pretend all of this doesn’t matter because she’s my sister and I’m keeping it that way, and if anyone asks about the 10 year age gap I just tell them “it’s a long story”.”

“I’m the spitting image of my grandpa on my dad’s side. Both my parents are almost a foot shorter than me, but I’m almost the same height as him.

When my mother got sick when I was a kid, my grandpa went to visit her daily for extended periods of time in the hospital. In his final months, she did the same. After he passed, we found out he kept a whole other family on the side in secret too. Looking back at my dad’s military deployment history, it would also be dicey if she could have gotten pregnant by him around the appropriate time.

Based on a collection of various hunches, I’m fairly convinced I’m the product of an affair between my mother and supposed grandfather. More disturbingly, this would probably be one of the most lighthearted revelations about my family.”

“When I was young (probably around age 9 or 10) I was walking home with my dog from a house around the block when he cut the corner and walked diagonally through the yard of this super mean old lady who live at the end of your street.

She was in her yard at the time tending to these really fancy-looking rose bushes she had growing in beds along the border with her neighbor. My Dog was a very friendly golden retriever who didn’t even really come near her and certainly didn’t do anything threatening, but she sprayed the fuck out of him with some kind of insecticide or other chemical she was using on her roses.

I ran back home with the dog and hosed him off. He coughed a bunch, but seemed otherwise fine. I didn’t tell my parents because somehow I thought I was going to get into trouble for letting the dog walk in her yard.

I’m glad I didn’t tell them, though, because I decided that night to sneak downstairs, out the half-bath window, and down the street to her yard where I cut down every godd**n rose bush I could get my hands on.”

“When I was 16, I conspired with a her**n addict I met online to help me off myself with her**n and dump my body in a dumpster in exchange for my valuables.

I lived in a small town and he was in a bigger city where my school had an upcoming trip. We planned for me to slip away during the trip and meet up with him to do the deed. He chickened out last minute and ghosted me.”

“When I was a teenager, I worked at a novelty tourist shop near me. Being the idiot that I was, I stole a wad of cash from the store. It was $100 in ones. I told nobody, but they knew it was missing.

Right about the same time, a coworker who was always trying to get me fired was telling someone she got about $100 in tips from her other job. They ended up firing her because they didn’t trust that it wasn’t her.”

“I’ve struggled with disordered eating for at least a decade. It ebbs and flows.

I know it’s unhealthy, but the toxic part of me loves the feeling of being empty. Several years ago it was really bad. I was at my lowest weight ever, I had brain fog, difficulty breathing. When I started eating again my stomach would get really bloated even if I only ate a small amount.

I gained weight in the last year or so and my depression and anxiety got really bad for a while. My family thinks I don’t want to spend time with them. However, I just wanted to stay home because trying on my clothes and the idea of being in public made me want to k**l myself. It was easier on me mentally to just stay home.

I can feel myself slipping back into my old disordered eating habits unfortunately.”

“I make up lies about what I do on the weekend, usually I don’t do much and I’m very content with that. Others are always asking me what I’m doing and I never had anything to tell them.

I make up lies to get out of phone calls, or plans. Saying I’m out of town or with friends. I love just being left alone.”

“When I was younger I lived with my grandmother.

Not long after I turned 18, her health started to decline, that sort of decline that you know means she won’t be around for long. Over the months I did my best to take care of her. Getting her to the hospital when she needed, and other things. We had someone coming every day to help her with things I couldn’t.

Well what my family doesn’t know is that the night she passed, I was in the living room watching TV. My dog was in bed with my grandma, and I started to hear him whimper, and bark. I knew what was happening, I knew that if I acted I could potentially save her.

I didn’t want to watch her suffer anymore though, to watch her live with so much pain, and unable to do anything for herself any more. So I made the choice to let her pass before making any calls.

She lived 92 years, and the only regret I have is that she passed a month after I would have graduated if I hadn’t been kicked out of school. She had been in good enough health at the time to go to my graduation. I still kick myself for how stupid I was back then.”

“I’ve been accessory to both my parents infidelity.

At age 5 my mother cheated on my dad while he was deployed and my brother told me what was happening and that I shouldn’t tell anyone. My father slept with his secretary 2 years later (for a few years) and would even bring me on dates with her telling my mother we were going to the movies.

He took me to her house and had her roommate watch me while they went out or just hang out in her room. They’re still married I don’t know if either know the other did the thing or if they still are doing the thing.”

“That I didn’t graduate from college.

I failed one course my senior year, 2nd semester. The ceremony was already set up so they let everyone walk. I had no diploma in my award…nobody knows to this day and it’s been 17 years.

Failed one course, 3 credits. Was ashamed so I never went back for those 3 credits. So everyone believes I graduated.”

“It’s like there’s a hole inside me and the happiness leaks out of me faster than I can ever hold it. I’ve felt this way since about 12 years old.

Counselling. Medication. Changing everything in my life. None of it has mattered.

Every day I wake up and have to decide “not today”.”

“I’m leaving the country on a long vacation and everyone knows.

What they don’t know is I’m not sure I’m planning on coming back.

Going to try and live a new life out there and see how it goes.”