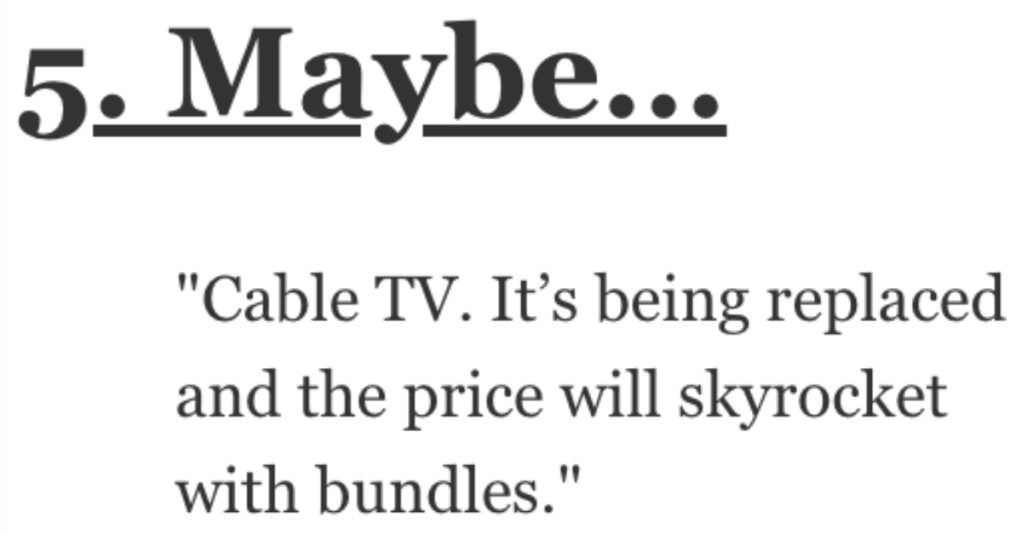 What Do You Think Won’t Exist in 25 Years? Here’s What People Said.

Technology develops so fast that it can scramble your brain trying to keep up with it.

And, as you already know, things come and go all the time.

AskReddit users shared what they think won’t exist in 25 years.

I don’t think Keith Richards has been really alive for quite some time.

“A positive one: the hole in the ozone layer.

In 1996 it was just starting to stabilize and has since become smaller than it was when we first discovered it in 1982.”

I mean he’s lasted this long. So it’ll be interesting to see what takes him in the end.”

“I have this working theory that the singer Elvis is just starting to be culturally forgotten.

When I was younger I used to see Elvis references every now and again. He was pretty huge I guess, even though he was way before my time. Now I swear it has been years since I’ve heard or seen him referenced.

To test this theory I ask people if they ‘remember’ Elvis, and I get the total ‘ ohhh yea , Elvis’ that you might get from some obscure show from the 90’s.”

It’s being replaced and the price will skyrocket with bundles.”

6. Don’t ever forget about it.

Which will probably make it that much easier for deniers.

They are endangered even though they aren’t dangerous to humans. They k**l about 10 humans per year and a majority of it is accidental.

They are smart, curious creatures that really deserve more love. They are also important for the ecosystem.”

They’re already on the decline.

They’ll convert their influencer status into being politicians in the near future.”

You better bet it’ll still be taken out of your checks though.”

Because the government is horrible and they love money.”

Correct me if I’m wrong but it really doesn’t serve a purpose.”