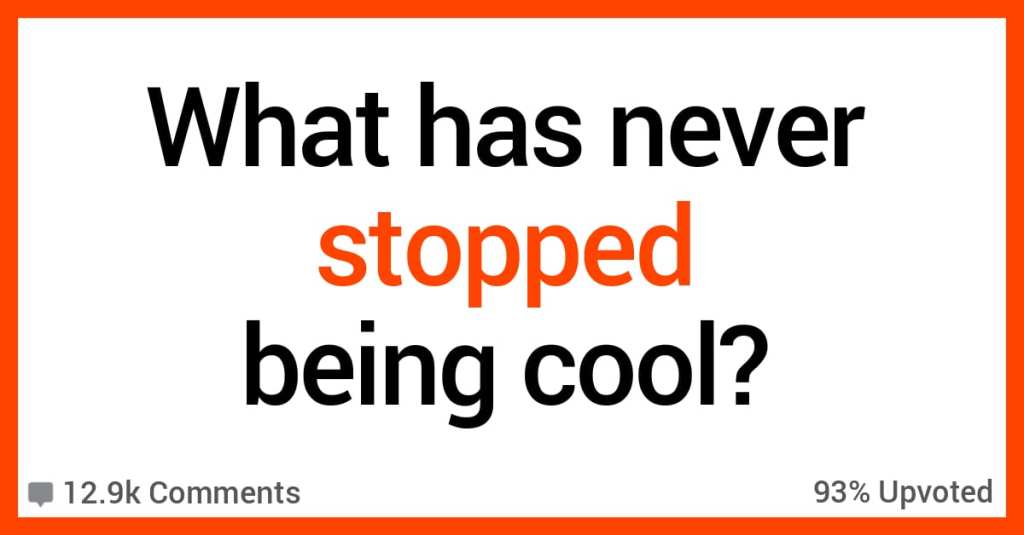 What Never Stopped Being Cool? Here’s What People Had to Say About This.

You know how there are certain things in life that never go out of style and just remain hip?

I’m talking about things like James Dean, ’65 Mustangs, and stuff that will always be straight-up COOL.

I love that kind of stuff. And I think you probably do, too.

Do you want to hear some more examples?

“Ray Ban Wayfarers have been cool and stylish since they came out in the 1950s.”

Some people may have stopped openly admitting it was cool, but it never stopped.”

“Jimi Hendrix is timelessly cool in my opinion, even 60 years after he started making music.”

“Female musicians are underrated as a whole, even ones who front their bands.

And yeah drummers are great. So much love for the lady with the sticks!”

Whether it’s the theme we all jam out to when in class (or anywhere), or the current Tik Tok he has where some cool science experiments and explanations have been given!

He’s been cool with sharing science to everyone!”

“Guys being good to women (and people in general) and doing good things for them without expecting anything in return.”

10. Flying down the highway.

They were cool 50 years ago and are cool today.

“Maybe this one depends on where you live but Chuck Taylors/Converse.

Even if they are “uncool” at times they are recognizable. kids have them, weight lifters, skater hippies. It kind of sparks interests in many groups.

I did a marketing project based around a few companies and Converse has been able to keep its brand to still, to this day be a staple.”

Even as you get older somethings might not seem as cool but usually video games (new or old) will never stop being cool.”

“Actual respect for other people when they have different views from yourself on something.”

“Giving your friends a case of beer for helping you do stuff around the house. Paying full price and more to family members/friends that are giving you a hook up, because you want to support their success.

Listening to someone when they need an open ear. Being a humble guest and a gracious host. Staying level headed when you disagree. That one friend that you can talk to after 6 months of radio silence and pick up right where you left off.

Being understanding when people have different struggles, and doing your best to empathize. Idk… Just being cool.”

What do you think has never stopped being cool?