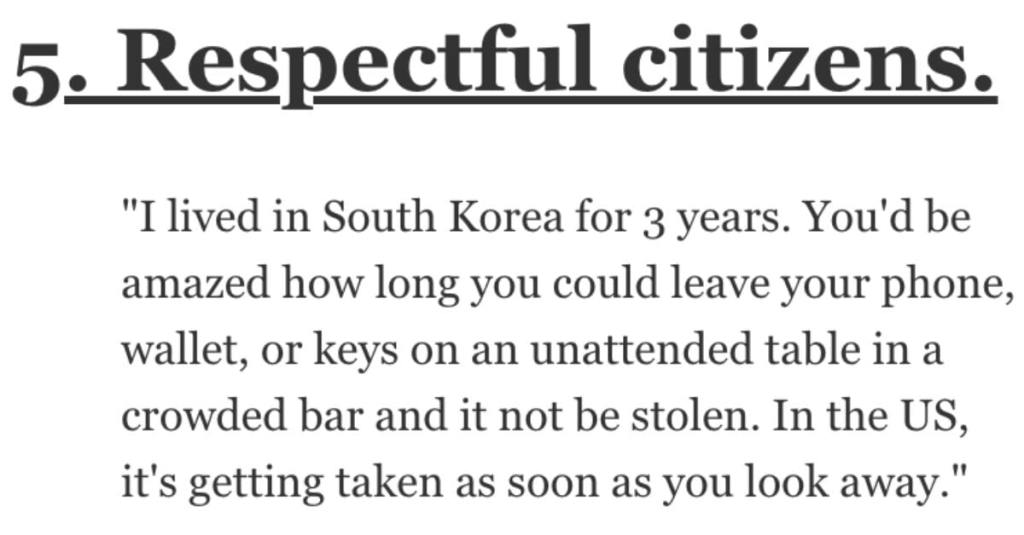 What Surprised You the Most When You Traveled to a Foreign Country? People Shared Their Stories.

I love to travel and I’ve been fortunate enough to visit a number of foreign countries in my life.

It’s been a while since I’ve left the U.S., but I still cherish those memories of the places I got to see and experience…and I’ll make it overseas again at some point sooner than later.

And one of the best parts of traveling is when you get surprised.

Folks on AskReddit shared stories about what surprised them the most when they went to different countries.

I knew it had a reputation for being ridiculously hot. But legitimately didn’t know earth got that hot and humid.

I thought I was going to pass out leaving the airport.”

“That it’s possible to weave through Cairo traffic with the skill of a seasoned rally driver, while driving a manual transmission car, frequently using the horn and sipping tea (by holding the saucer, not the cup) at the same time.

Shout out to our taxi driver in Cairo.”

“I walked out of Penn Station when I first arrived in New York, looking up at the buildings taking it all in.

My first interaction was with a homeless guy who shouted at me in the local accent “Welcome to New York a**hole”.

It was exactly as I imagined!”

“The amount of eye contact and observation. When I went to Morocco, in the evening the streets would be packed full of families sitting and talking.

These people would watch each other, in fact even the way I’m describing it with ‘watch’ shows how unwelcome and uncomfortable it would be in England.

People would also make eye contact and keep it frequently on the street, just with ease. It felt so strange for me at first.”

“I lived in South Korea for 3 years.

You’d be amazed how long you could leave your phone, wallet, or keys on an unattended table in a crowded bar and it not be stolen.

In the US, it’s getting taken as soon as you look away.”

Absolutely life savers for me who had no idea how to walk on ice.

No trash anywhere, either.”

“Ashgabat Turkmenistan – everything about it.

The entire city (every building) is white marble. It lights up at night like a sterile Las Vegas however, there is no advertising except for billboards of the dictator holding onto puppies by the neck to show everyone how nice he is.

He has pretty much positioned himself as a religious prophet. The airport is shaped like a massive white marble eagle.it used to be a red building but soon after it was built they tore it down and built a white marble one to match the current decor.

Also there is no white marble in Turkmenistan so it has to be imported from Italy. They were the largest importer of white marble in the world and drove the price up so high it cost them ridiculous amounts of money to build the buildings. Strange strange place.”

“I went to the Caribbean when I was younger to some of the smaller islands and I was shocked by the level of poverty that exists there.

This was almost 20 years ago now so could be different today but at the time pre internet and being young and naive all I’d ever seen about the Caribbean was the white sand beaches on TV but it was quite an intense experience.”

“Hollywood is a real dump.

It’s filthy and not at all made of dreams.

Streets definitely not paved with gold either.”

“A few years ago we went to Italy and I made my wife go on a side trip to Herculaneum and Pompeii for a couple days.

In Herculaneum we were wandering around in town when 5:00 PM rolled around, and within 15 minutes the streets were filled with people, not hurrying past one another, but just standing around talking, having an ice cream, drinking a beer or whatever.”

As soon as I stepped out of the plane, I swear I did not see a single speck of dust at their airport, even the toilets were squeaky clean and completely dry.

Every day I go out to explore the city by foot and come back to the hotel with almost no dirt on the soles of my shoes.”

“Went to Gdańsk, Poland a few years ago with work and I was not expecting how beautiful the place was especially the old town.

The people were friendly and the food was delicious. I then went to Krakow two years later and was equally impressed.”

“The Gondola Ride in Venice.

Not what I expected with the smelly waters, the crashing gondolas with the “drivers” cursing each other in Italian.

Nothing romantic about it.”

Have you ever been surprised when traveling abroad?

If the answer is YES, please tell us about it in the comments.