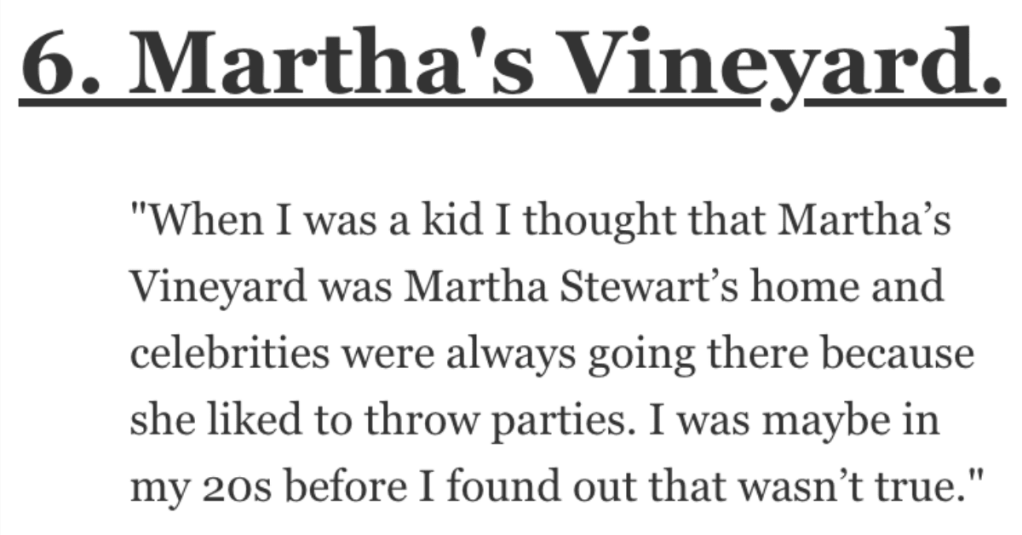 What Took You a Really Long Time to Figure Out? People Responded.

I had a friend who thought the term “prima donna” meant “pre-Madonna”, like the time before the famous pop star hit the scene…

He also thought that the Prince song “1999” came out in 1999 and was specifically written for New Year’s Eve of that year.

These AskReddit users sure have! Let’s check them out.

“That every show’s first episode is called the “Pilot” episode, and it’s not just a crazy coincidence for every show I watched.”

I was about 22 when I worked in a bookstore and my coworker saw me take all the pages out, after which she showed me how it actually works. I will never forget the look of disbelief on her face.”

She asked if I had ever just called up a friend wanting to try to get laid.

We talked about it, I encouraged her I thought it was okay blah blah blah, wished her luck hanging up.

About 15 years later I randomly thought about that s**t…”

“I will never forget the guy who spent a good part of his life thinking the saying was “Knowledge is Power. France is bacon”.”

As a kid I thought it took place in dark alleys.”

“When I was a kid I thought that Martha’s Vineyard was Martha Stewart’s home and celebrities were always going there because she liked to throw parties.

I was maybe in my 20s before I found out that wasn’t true.”

“I was like 17 before I realized I didn’t have to get in the shower and then turn on the water and get blasted with cold water.

I owned one 9 months before I realized the coffee grounds go UNDER the plunger and not ON TOP of it. I was always so annoyed having to clean the top of the plunger after lowering the coffee into the water.

My girlfriend stared at me like I was the stupidest person she’d ever met trying to formulate how to politely fix this.”

“When I was younger I had no idea that New York and Newark were two different places.

I kept thinking people saying Newark were trying to say New York, but had a speech impediment or accent, or just didn’t know how to pronounce it.”

It was basically a hoax broadcast they did for April fools day, in which it showed old footage of people picking (or harvesting) spaghetti out of trees.

For some reason it just never clicked.

I spent most of my childhood and my teen years believing it. And I had just never happened upon the subject.

I was 19 years old when I found out that spaghetti doesn’t grow on trees.”

“When I was a kid back in the early 90’s I was obsessed with WWF wrestling.

It didn’t hit me until years later that The Undertaker’s manager’s name, Paul Bearer, wasn’t his real name.”

“That the trough in a porta potty is for the guy to pee in. I said to my dad one day, how are you supposed to wash your hands in that sink with no water?

He stood there is shocked disbelief as he explained to me that is where YOU are to pee. I was probably around 18 when this happened.”

“I was probably 20 or so when I realized that cold water in a home is not free.

I grew up thinking somehow that you only had to pay for hot water.”

Tell us what took YOU a long time to figure out.

Do it in the comments.