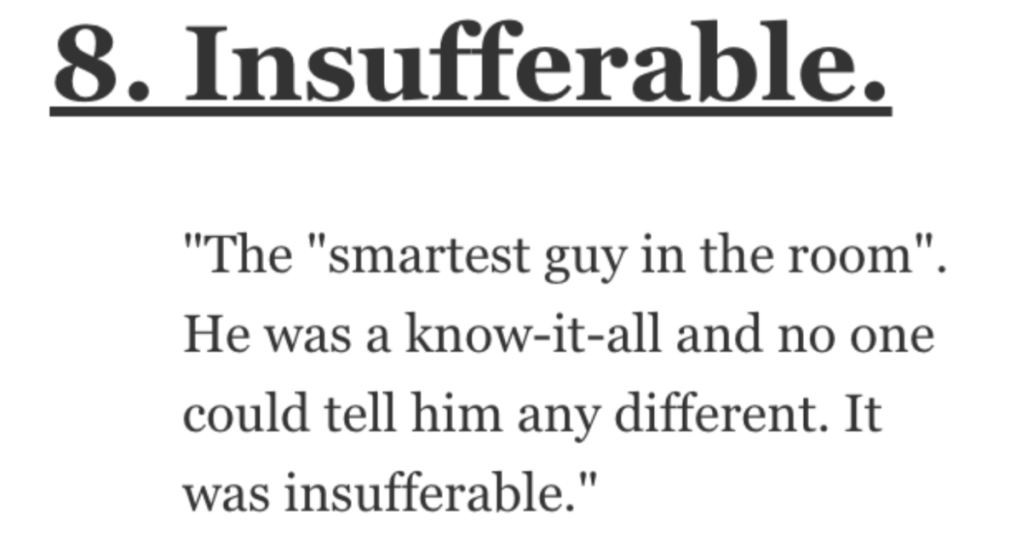 What “Type” Will You Never Date Again? Here’s What People Said.

If you’re of a certain age, then there’s no doubt that you have a few dates under your belt, and there are certain “types” that you have no desire to go out with again.

Let’s hear from AskReddit users about the types of folks they say they’ll never date again.

“Someone who pins their happiness on a relationship.

No hobbies, no friends, doesn’t take care of their mental health.

“As long as I have you it’s okay”. Like no- take care of yourself.”

“I don’t know how to call a person like this, so I’ll give you example instead. Ex GF said that we should be a separate cell of society.

She meant we should have only OUR friends, OUR hobbies and we should distance ourselves from parents and etc.

I personally think anyone can have a right on their personal life which is not connected to the relationships.”

Travel is great but if you can’t stay in the same place for longer than a year or so before you HAVE to move somewhere else you need to make sure the person you start dating knows about this.

This is an extremely disruptive cycle that is not for everyone.”

Yes, the grief I’m feeling at my father passing away is a valid emotion. You don’t have to pick a fight with me over wanting a moment of privacy in our bedroom to cry.

Yes, my pain is more important to me IN THAT MOMENT than your frustration with me over not doing the dishes last night after getting home from the hospital. No, I’m not a needy child for having a human emotion that you don’t think I should have.”

“The actual bad boy: drug addicted, drinker “I don’t give a f**k” type.

Always a**sive imo and the s** isn’t worth the panic attacks and heartache.”

I’ve met too many men who think that they’re on a path toward endless wealth when it’s really just Amway or some other scam.

Even worse — when they expect you to support their delusions as if THE WORLD is against them.”

For some, that may sound nice, but it gets old after a while. I would beg my ex to just say ‘No’ to me or to voice her thoughts/desires.

She was so afraid that if I didn’t like what she said that I would break up with her or something.”

“The “smartest guy in the room”.

He was a know-it-all and no one could tell him any different.

“The “I can’t live without you” type.

It’s like having a puppy that can text you.”

Had a girlfriend who would basically keep tally charts in her head of how many times each of us did each chore. She’d flip out over any imbalance, even if it was caused by something like I couldn’t cook dinner because I was at work during dinner time.

I’m all for equitable distribution and sharing of chores, but scorekeepers are f**king exhausting.”

I’ve dated my fair share of kinksters (actually some of the best, most therapeutic relationships I’ve ever been in) so I like to have an open mind but man, the few poly involvements I’ve had have been absolute dumpster fires.

The only redeeming thing I’ve had come out of one was that I became very sure I’m not poly.”

“The stoner hippie that wants to spend his savings on a bus to renovate it into a tiny house and drive around the country.

That’s a fine dream, and he was a great person, but we did NOT mesh in our views of the future.”