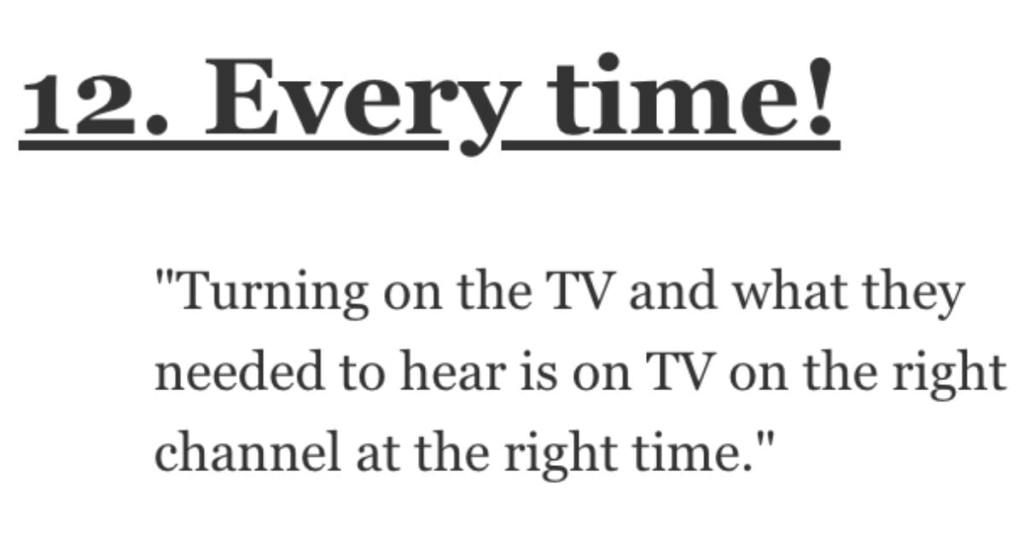 What Unrealistic Things in Movies Really Annoy You? Here’s What Folks Had to Say.

I love movies and have since I was a little kid.

But still, even I, as a film lover, admit that there are a lot of unrealistic things we see in movies that tend to happen over and over again.

What unrealistic things in movies annoy you?

“When there are 2 armies marching toward each other in formation but as soon as the battle starts it all breaks up into thousands of 1 on 1 melee duels completely ignoring the importance of unit cohesion, discipline, training, and morale.”

“People climbing through ductwork to get in between rooms.

Most ducts are not big enough for a person to fit in.”

“Attorneys pacing around during a trial and attorneys approaching the judge without asking.

My personal favorite is when a new, d*mning piece of evidence or witnesses is presented in the middle of trial to the complete surprise of the opposing party.

Like sorry buddy but discovery deadline was a month ago. You should know this.”

“In medieval/fantasy, whenever there is a siege weapon they fire one shot and then “CHARGE!”

Like, “b*tch it took you a month to erect that trebuchet and you’re only going to fire it once?”

During the siege scene in “The King” they sat around for days and days hurling stones at the castle until the wall finally fell and I was like “Yes. Thank you.””

5. A bunch of weaklings.

People hanging off of anything, one handed, for long times, holding on to other people, pulling themselves up.

General population can’t do a pull up.”

“Blows to the head knocking someone out for exactly as long as is convenient for the plot with no long term consequences whatsoever.

Even otherwise “realistic” shows and movies are guilty of this. In reality, and blow to the head strong enough to knock you out is likely to cause brain damage or even death.”

“Walking up to a microphone and it squeals feedback.

In reality, that shouldn’t happen unless the sound person is a moron.”

8. Happens all the time.

“Any movie where the villain who is beating the sh*t out of the hero and decides to brag or monologue before killing them, which gives the hero enough time for a sneak attack or for somebody else to intervene.”

No one eats it. No one enjoys it.

People go to restaurants primarily to order something, have it arrive, and then have an argument and storm out.”

“When people slice the palm of their hand open for a drop of blood.

That sh*t will take FOREVER to heal, just prick your finger.”

First, nobody confesses to a crime while on the witness stand at somebody else’s trial. Nobody.

Second, have you been to court? It’s 97% waiting around, 2% wondering if you have time to go to the bathroom, and 1% anything to do with you or your case.”

“Turning on the TV and what they needed to hear is on TV on the right channel at the right time.”

“Bad guy receives a mortal wound like a point blank gunshot to the torso or deep knife wound and just lays there bleeding profusely for a minute with the protagonist immediately forgetting about them.

Then is able to somehow stand up and have like an 8 round boxing match with the protagonist before finally being finished off.”

What things do you see in movies that really annoy you?