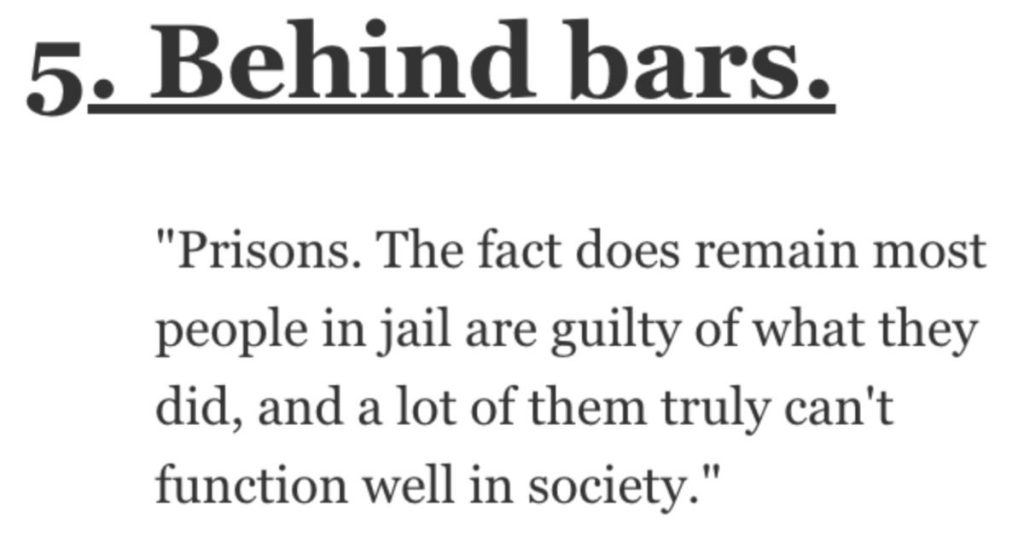 What’s a Good Example of a Necessary Evil? People Shared Their Thoughts.

What do you consider examples of necessary evils?

It’s a long list, there’s no doubt about it…

So let’s see what folks on AskReddit had to say about this.

I don’t want any of my loved ones to d**. But we can’t and shouldn’t live forever. Just imagine the world population if we eliminated d**th from cancer, infectious diseases, organ failures, etc.

We’re trying, and we’ve made huge advancements to the point that the human race has a net population growth of 100 million a year.”

Like, I get the whole big box thing pushing out smaller people, I really, really do.

But when you’re living on 850 a month you can’t go to that mom and pop grocery store and spend 20 dollars for a gallon of milk and two loaves of bread.”

But if we all rolled over and let oppressors walk all over us, that would be far worse.

A lamb can’t k**l a lion by behaving like a lamb.”

4. Thoughts on this one?

I h**e the idea of large animals which would usually have large territories (tigers, rhinos, hippos, lions) confined to a small space.

Unfortunately we as humans are failing them in the wild, at least in zoos with breeding programs they’re kept safe and thriving.”

The fact does remain most people in jail are guilty of what they did, and a lot of them truly can’t function well in society.

I grant there needs to be serious reform in how we treat prisoners, and even some preventative measures to try to save some; but it is true the unfortunate fact is some people do have to be locked away.”

It reduces crime, poverty and the burden of unwanted kids on society.”

But rats have really wreaked havoc on society and infrastructure.”

We need roads and firefighters and sewers, and they need to be paid for.”

“No human on earth is fit to have power over other humans, but yet we need a hierarchy of sorts in order for society to function successfully.

It sucks absolute A** being pregnant, even if your pregnancy is complication- free. The vomiting. The exhaustion.

The pains and aches in your bones. I have to remind myself every day that it’s temporary. Only 10 weeks left to go…”

“Getting sick. You need to get sick in your life.

If you live way too sterile a life and never have colds or flus then your immune system will go apes**t when it is exposed to something for real and thats how you end up with severe allergic reactions and complications to really simple illnesses.

It’s no fun getting sick, but it has to happen. Same as its not that much fun eating veggies or exercising or having to go through hard times in life. But it has to be done to make you a better stronger person.

And for the inevitable person who will take this 10 steps too far, no I am not talking about immunocompromised people or saying you should let your babies eat poop and wallow in mud all day. I’m saying normal, everyday things in moderation.”